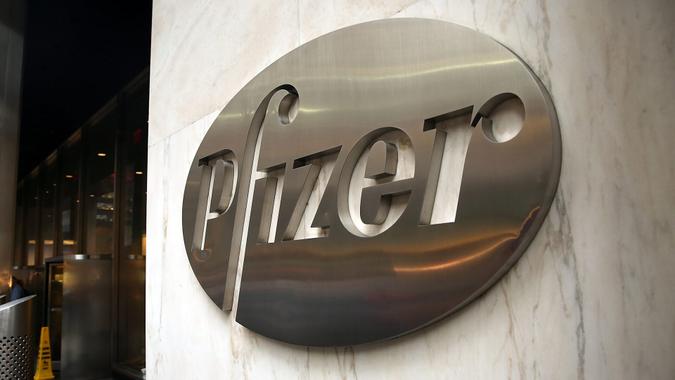 Pfizer released results of a recent study on Dec. 14, stating that its COVID-19 oral antiviral pill — Paxlovid — reduced risk of hospitalization or death by 89% within three days of symptom onset, and 88% within five days of symptom onset. The encouraging news could have significant repercussions on the economy, particularly concerning Pfizer’s stock price.

Separately, per the Pfizer-issued report, interim analyses of an ongoing second study in standard-risk adults (EPIC-SR) showed a 70% reduction in hospitalization and no deaths in the treated population, compared to placebo, in the secondary endpoint. The novel primary endpoint of self-reported, sustained alleviation of all symptoms for four consecutive days, as compared to placebo, was not met.

“This news provides further corroboration that our oral antiviral candidate, if authorized or approved, could have a meaningful impact on the lives of many, as the data further support the efficacy of PAXLOVID in reducing hospitalization and death and show a substantial decrease in viral load,” Albert Bourla, chairman and CEO of Pfizer, said in the statement. “This underscores the treatment candidate’s potential to save the lives of patients around the world.”

“Emerging variants of concern, like Omicron, have exacerbated the need for accessible treatment options for those who contract the virus, and we are confident that, if authorized or approved, this potential treatment could be a critical tool to help quell the pandemic,” Bourla continued.

Shares of Pfizer were up on the morning of Dec. 14.

Keith Speights, Motley Fool contributor, told GOBankingRates that due to Pfizer’s final data from a study of its COVID-19 pill Paxlovid being overwhelmingly positive, “the company’s chances of winning authorizations for the oral therapy in the U.S. and in other countries should be very high. I don’t expect Pfizer to encounter some of the pushback that Merck has received with its COVID-19 pill.”

He added that it appears Pfizer is on track to extend its dominance of the COVID-19 vaccine market into the COVID-19 therapy market as well.

“Paxlovid could generate sales of $24 billion in 2022, according to SVB Leerink analyst Geoffrey Porges,” he said. “If  that estimate is on target, Pfizer will profit more from its COVID-19 pill than it will from its COVID-19 vaccine Comirnaty. The big drugmaker splits profits on Comirnaty with BioNTech but will pocket all of the money made with Paxlovid.”

UBS also upgraded the stock to Buy from Neutral, saying that it expects Paxlovid to reach sales of at least $14 billion next year, or 40% above Wall Street expectations, Barron’s reported.

UBS analyst Colin Bristow, in a research note Monday, also boosted the price target on the stock to $60 from $52, Barron’s added.

Learn: How To ‘Future-Proof’ Your Finances in Light of COVID-19’s Lingering Effects
Explore: How Year-End Money Advice Has Changed With COVID-19

On Dec. 13, Pfizer announced it was acquiring Arena Pharmaceuticals, a clinical stage company developing innovative potential therapies for the treatment of several immuno-inflammatory diseases. Under the terms of the agreement, Pfizer will acquire all the outstanding shares of Arena for $100 per share in an all-cash transaction. This results in a total equity value of approximately $6.7 billion, according to a statement.