Philip Morris Looks to Buy European Smokeless-Tobacco Rival — Should You Invest Before It Happens? 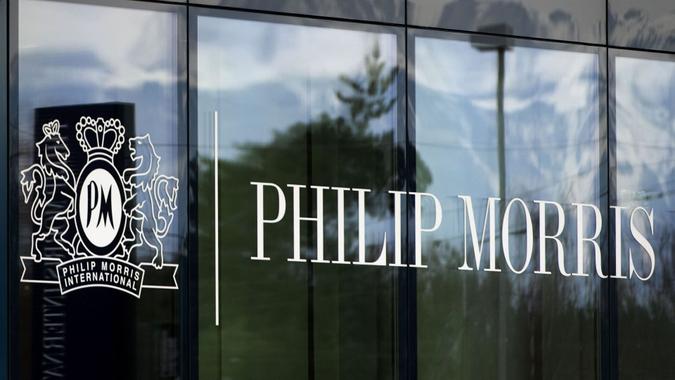 As cigarette sales continue to steadily decline post-pandemic — after a brief surge during the pandemic when people were stuck at home — U.S.-based tobacco company Philip Morris International (PMI) is seeking to expand its offerings in other areas.

Discover: 8 Items Around Your Home That May Be Worth More Than You Think
More: 10 Costco Brand Items With the Best Bargains in May

The company is in talks to buy Stockholm-based Swedish Match, a manufacturer of smokeless tobacco products. The Swedish company is valued at nearly $12 billion and counts the U.S. as its largest market. In 2019, the U.S. Food and Drug Administration gave Swedish Match permission to market General Snus tobacco pouches as “presenting a lower risk of mouth cancer, heart disease, and lung cancer than cigarettes,” The Wall Street Journal reported.

As U.S. cigarette sales continue to decline, the market for chewing tobacco and moist snuff products, along with vaping products, is growing. The WSJ said that Altria’s On! nicotine pouch sales increased by 122% between April 2021 and April 2022, and sales of Reynold’s Velo pouches and lozenges rose by 47% over the same time period.

Purchasing Swedish Match would help PMI achieve its goal of generating more than 50% of its revenue from smoke-free products. As the U.S. FDA issued a proposal to ban flavored cigars and menthol cigarettes, the move to diversify could bode well for PMI. The Motley Fool reported that PMI generated 28% of its first-quarter revenue from smoke-free products. The company is realizing increased profits from its iQOS heated tobacco devices. The foray into smokeless tobacco options will enable the company to further reduce its reliance on the sales of traditional cigarettes.

The WSJ reported that Swedish Match could be acquired for as much as $15 billion, although terms of the deal were not disclosed. PMI stock was down 0.75%, selling for just under $100 mid-day on May 10, but still hovers near multi-year highs, per Motley Fool. Meanwhile, shares of Swedish Match rose 28% in London as talks of the deal progressed.

See: POLL: Do You Think the Fed Raising Rates Will Help or Hurt the Economy?
Find: Stimulus Updates and More Financial Updates for May

Motley Fool called PMI a “good (but controversial) value stock,” citing its high growth expectations and the dividends it currently delivers, which are expected to increase.