The popularity of virtual currencies has skyrocketed in recent years, but choosing to enter the cryptocurrency market could present considerable risk — at least, that’s what Americans believe.

Bitcoin was created in 2009 as a peer-to-peer payment system that uses its own currency to transact business. This type of currency is not issued or regulated by banks or other financial institutions. Instead, it was intended as an alternative to other national currencies like the dollar.

A recent GOBankingRates survey asked nearly 900 respondents about the riskiest investments out there, their overall attitudes toward the stock market and how they would invest thousands of dollars if they were given the opportunity. The survey found that Americans aren’t quite ready to put their faith in cryptocurrency. In fact, many are hesitating about investing in general.

Don’t Miss: 9 Safe Investments With the Highest Returns in 2019

Americans Are Afraid To Invest In Bitcoin

When asked for their opinion on the riskiest investment, 40% of survey respondents said cryptocurrency poses the highest level of risk.

“Americans are right about bitcoin being a risky investment,” said Joe Bailey, a business development consultant at My Trading Skills, which provides online courses for financial traders. “Government regulation, market volatility and fraud exposure make bitcoin the riskiest form of investment for the American population.”

Except for the 45- to 54-year-olds, every age group in GOBankingRates’ survey chose bitcoin as the riskiest investment, with 60% of 25- to 34-year-olds selecting this response. However, according to an Edelman study, a quarter of affluent millennials still invest in cryptocurrency, which might indicate that wealthier millennial investors believe the risk will pay off.

Even so, price fluctuations can cause great uncertainty for investors of all levels. “The exponential price surges in bitcoin, as well as the sharp decline in value that follows, makes it a highly volatile investment that carries more risk than actual benefit for the majority of its investors,” Bailey said.

Additionally, more men than women found bitcoin to be the most dangerous investment, at 47% and 34%, respectively. Stocks came in as the second-most popular response to GOBankingRates’ question about the riskiest investment.

Learn From an Expert: How To Invest In Cryptocurrency

If they were given a $1,000 windfall, Americans said they would put the extra money in a savings account. It was the most popular response across all age and gender demographics.

“When receiving a modest windfall [like] $1,000, many people will simply keep these funds in short-term investments like a savings account or money market fund,” said Billy Lanter, a fiduciary investment advisor at Unified Trust Company. “This can be a great option, especially if, like most Americans, you lack a sufficient emergency fund.”

“The risk of keeping excess funds in a savings account is that having funds so easily accessible significantly increases the likelihood of spending your windfall on a seemingly justified purchase,” Lanter said.

Meanwhile, real estate was the most common answer for the best way to invest $100,000, at 28%. But Lanter said that investing heavily in real estate also comes with its risks.

“Where people get in trouble is investing a large windfall quickly to be ‘smart’ but without assessing their current situation and financial goals,” he said. “This can be a very costly mistake as long-term investments can be harder to access, like trying to sell a piece of real estate. Let your long-term investments do their job, which is to grow over long periods of time to meet long-term goals.”

Check Out: The 10 Best Short-Term Investments for 2019

Savings accounts were the second-most popular way to invest $100,000, at 25%. Women were far more likely than men to stash a big windfall in a savings account, at 33% and 16%, respectively.

Americans were the least likely to invest $100,000 in bitcoin. Only 4% of survey respondents chose this option, which might mean that Americans believe the risks of investing in cryptocurrency outweigh the rewards. Because bitcoin is completely virtual and computer-based, this type of investment is susceptible to hacking, according to a 2018 Consumer Reports article.

Perhaps Americans are more comfortable with the traditional route, where investors hire financial advisors to help them achieve the best portfolio for their hard-earned money. However, GOBankingRates’ survey showed that nearly half of Americans aren’t investing in the stock market, even though they wish they could invest. So, what’s stopping them?

Why Americans Aren’t Investing — Even Though They Want To

Though they would like to invest in the stock market, 38% of survey respondents said they don’t make or have enough money to do so. Breaking down response rates by gender, 41% of women said they wanted to invest but couldn’t due to a lack of funds, versus 36% of men. Additionally, 13% of overall respondents said they didn’t know enough about investing, and 5% were afraid of another recession.

“Many Americans are not investing because they think they do not have enough money to invest, not knowing that it is OK to invest with little money,” said Xavier Epps, founder and CEO of XNE Financial Advising LLC. “What they should know is that investing early, even if just a small amount, is beneficial. The earlier you invest, the faster the money you earn on interest grows.”

Concerningly, 34% of respondents don’t want to invest in the stock market at all. Older adults ages 45-64 were the most likely to feel that sentiment, while one-third of Generation Z respondents said they don’t care to invest — which could indicate a lack of faith in the current economy. In fact, only 45% of people ages 18-29 have a positive view of capitalism, according to a 2018 Gallup poll.

Survey Question: What do you think is the minimum initial investment required for someone to start investing in the stock market?

While many Americans don’t seem interested in investing, there’s some good news: A majority of survey respondents agreed that you can invest any amount into stocks. About 36% of respondents believe that $499 or less is a sound minimum investment, which may imply that Americans view $500 as a relatively achievable goal, even for those who want to invest but can’t due to a lack of funds.

How To Start Investing In the Stock Market

Diving into the stock market can be tricky for inexperienced investors. Here are some basic guidelines recommended by Gladice Gong, a personal finance blogger at Earn More Live Freely:

You don’t need to start your investing journey with a high-risk investment like bitcoin. In fact, there’s no need to go near cryptocurrency at all. Even if you’re able to invest only a few dollars at first, you can slowly build on your initial investment and generate larger returns down the line with the right investment strategy. 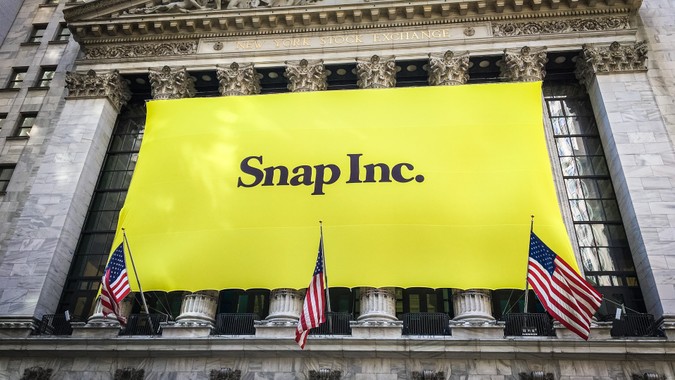 Find out which companies are up and which are way down.