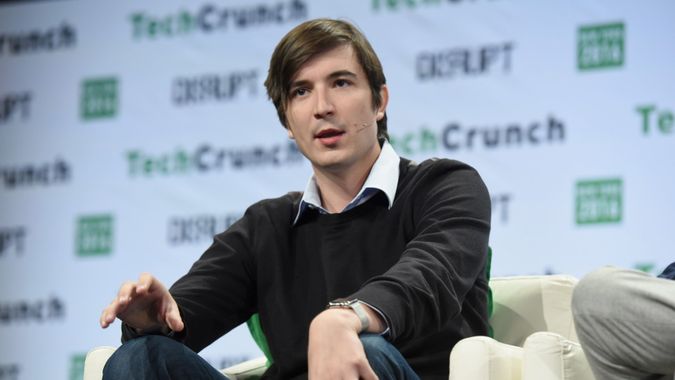 In a congressional hearing titled, “Game Stopped? Who Wins and Loses when Short Sellers, Social Media, and Retail Investors Collide?” one may have expected to hear short selling and social media discussed in depth. Instead, when the House Financial Services committee and major players involved in the rise and fall of GameStop and other meme stocks in January met, lawmakers focused on retail trading platform Robinhood and its CEO, Vladimir Tenev.

See: What You Need to Know About Today’s GameStop and Robinhood Hearing
Find: On the Eve of Testifying Before Congress, Robinhood Announces It Will Provide Crypto Withdrawals

Since its launch, Robinhood has been touted as a fee-free stock trading platform designed to democratize the market, giving retail investors opportunities to make money on Wall Street. As Tenev explained to Rep. Alexandria Ocasio-Cortez during the hearing, “Most of the other brokerage have tiered margin rates, where wealthier customers pay much lower margin rates…Our approach was to give everyone a uniform rate, so that wealthier customers are not advantaged with lower rates than lower-income customers.”

See: After GameStop, Regulations Are Coming for Wall Street – But Will They Reign in Everyday Investors Instead?
Find: Robinhood Faces Slew of Lawsuits over Trading Freeze

However, this led to problems when other brokerages were able to adjust the margins on GameStop and other stocks during the trading frenzy, and Robinhood instead had to stop buys on the stocks due to what Ocasio-Cortez suggested was a failure of the company to manage its own internal risks.

Had Robinhood not blocked buys of GameStop shares in January as the stock approached $500 a share, the company would not have been able to post the $3 billion in required collateral, Tenev admitted during the hearing. In a worst-case scenario, Robinhood would have had to liquidate shares without investors’ consent.

Robinhood maintains a fee-free service with payments for order flow, or compensation for directing orders to specific market makers, with Citadel Securities being its largest. Citadel was also one of the hedge funds that lost billions shortselling GameStop, but Citadel and Melvin Capital both, predictably, denied involvement with Robinhood’s decision to prohibit buys of GameStop.

See: Hedging Your Bet? Everything You Need to Know About Hedge Funds
Find: Could Auditing the Ultra-Rich Raise $1.2 Trillion? New House Bill Targets the 1%

Lawmakers also questioned Robinhood on its customer service practices, including how difficult it is to get a representative on the phone if you have a question. As the app seeks to make trading easier for the general public, it comes with the risk of “gamifying” day trading, putting money at risk for those who can least afford it.

As one solution to regulate and reduce retail day-trading, lawmakers proposed a financial transaction tax. Griffin, predictably, argued against the tax, saying it would “injure Americans hoping to save for retirement,” Bloomberg reported.

Of course, a tax would also hurt hedge funds and institutional investors, like Citadel, that trade billions daily.

Tenev Admits to Mistakes – But Won’t Get Specific

Tenev’s remarks did little to help his case as he responded to many queries with vague answers. When Congresswoman Madeleine Dean asked him to get specific about mistakes the company made, Tenev replied, “I admit to always improving.”

Gill is Not a Cat

Gill brought his typical brand of humor to the virtual hearing, appearing in front of a backdrop of an inspirational poster of a cat, with his red headband hanging behind him. Gill might face a class action lawsuit from those who allege he misrepresented himself as an amateur investor when, in fact, he is a registered broker who worked for MassMutual until Jan. 28. MassMutual denied any knowledge of Gill’s outside activities as a retail trader, according to a Reuters report.

Gill clarified matters at the hearing with the quote of the day: “I am not a cat. I am not an institutional investor. Nor am I a hedge fund.”

See: Meet All the Major Players in the Robinhood vs. GameStop Saga
Find: Robinhood Registers in-House Lobbyists Amid Scrutiny over Recent Trading Restrictions

More congressional hearings will follow, said committee chairwoman Maxine Waters. While some Congress members are seeking to further regulate retail trading and fintech, others believe the system generally works well. North Carolina Rep. Patrick McHenry said, “Instead of shutting the American public out through new regulations, new forms of taxation or so-called protections, let’s use this opportunity instead to side with them.”