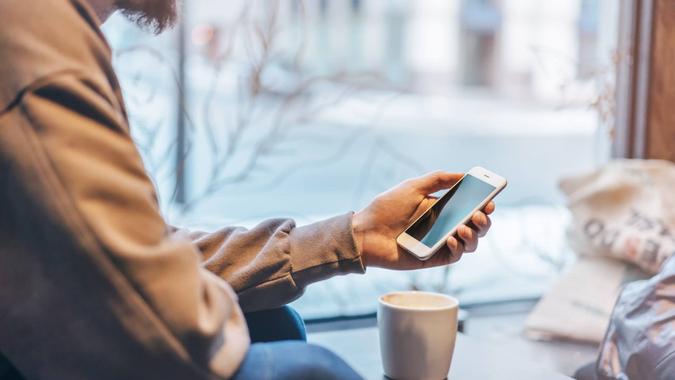 Platform trading app Robinhood, which continues to make headlines for everything from lawsuits to its upcoming initial public offering, and more recently, by being bashed by Berkshire Hathaway’s Charlie Munger, has been doing pretty well, partly thanks to the market frenzy. According to a report by Barron’s, citing a Securities and Exchange Commission filing, the company made $331 million from customers’ trading activity in the first quarter.

See: Robinhood Files for IPO
Find: Where Do Americans Get Their Money Advice? Top Podcasts and Radio Shows

This is more than triple the $91 million earned in the first quarter of 2020 from the so-called payment for order flow, according to Barron’s.

When its customers buy and sell stocks and options, Robinhood routes those orders to high-speed traders, such as Citadel Securities, which pay for the right to execute many of those trades. The process is called payment for order flow, The Wall Street Journal explains.

This booming business might be good news for the company’s upcoming IPO, which has submitted a registration with the SEC to go public in March. In turn, it might be good news for investors looking for the next Coinbase blockbuster IPO. Barron’s reports that the recent filing shows that Robinhood “is on track to make well over $1 billion in revenue this year and perhaps more than $2 billion, should this level of activity hold up.”

See: Pandemic Money Worries Increase Demand for Financial Advisors
Find: Here’s a Bitcoin Timeline for Everything You Need to Know About the Cryptocurrency

Last weekend at the Berkshire Hathaway annual shareholder meeting, CEO Warren Buffett said that Robinhood had “become a very significant part of the casino aspect, the casino group, that has joined into the stock market in the last year, year and a half.”

Vice chairman Charlie Munger went further in his criticism of Robinhood, saying that it’s “God awful that something like that would draw investment from civilized men and decent citizens. It’s deeply wrong. We don’t want to make our money selling things that are bad for people,” Munger added.

Robinhood replied swiftly in an emailed statement, which was followed yesterday by a blogpost stating that, “Two of the most iconic investors insulted a new generation this weekend. Why? Because we are doing things a new way.”

The post adds, “If the last year has taught us anything, it is that people are tired of the Warren Buffetts and Charlie Mungers of the world acting like they are the only oracles of investing. And at Robinhood, we’re not going to sit back while they disparage everyday people for taking control of their financial lives. Robinhood has made investing simpler and more accessible to more people — and the public has responded. We are proud of that fact.”