Snap Stock Tumbles 43%, Takes Tech Sector Down With It – Should You Buy, Sell or Hold? 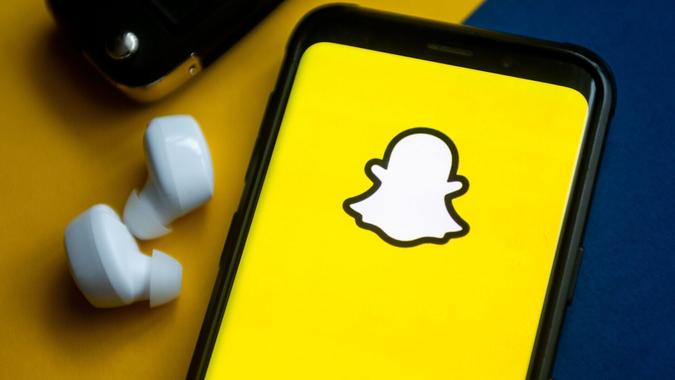 Snap CEO Evan Spiegel said the company was revising its guidance lower due to further deteriorating macroeconomic events, which sent the stock tumbling 43% on May 24. The company also said it would slow hiring.

See: Twitter Is Hemorrhaging Execs — Is it a Signal To Dump Your Stock?
Find: Is the Stock Market Open on Memorial Day 2022?

Spiegel said that “since we issued guidance on April 21, 2022, the macroeconomic environment has deteriorated further and faster than anticipated. As a result, we believe it is likely that we will report revenue and adjusted EBITDA below the low end of our Q2 2022 guidance range,” according to an 8K filing with the Securities and Exchange Commission (SEC). In a memo to employees, he added that the company will slow its pace of hiring for unopened roles for the remainder of the year, as well as push some planned hiring into next year, according to Bloomberg.

“Snap’s downbeat outlook dragged all social media and advertising stocks lower as it appears to be clear that most companies will not avoid the troubling macro backdrop,” Moya wrote.

Snap has already warned of the many challenges it was faced with and that these would continue. In an earnings call on April 22, CFO Derek Andersen said that “the headwinds that impacted our business in Q1 have persisted into Q2, and we believe the impact of the war on Ukraine has been significant, and this impact is particularly difficult to predict going forward.”

“As a result, we’re concerned we could see additional campaign positives or advertiser budget reductions in the future. The comparisons, as I noted are also getting tougher. As a reminder, our top-line growth accelerated by 50 percentage points in Q2 of last year to reach 115%,” he said according to a transcript of the call.

POLL: Do You Think People Should Invest in Crypto?
Discover: Leo KoGuan Calls for $15 Billion Tesla Buyback as Stock Continues to Struggle

Zino added that although SNAP commands less than a 2% share of the U.S. digital ad market, “we find the sharp deceleration in growth to be worrisome for the social media space.”

CFRA said it maintained its Hold opinion on Snap.