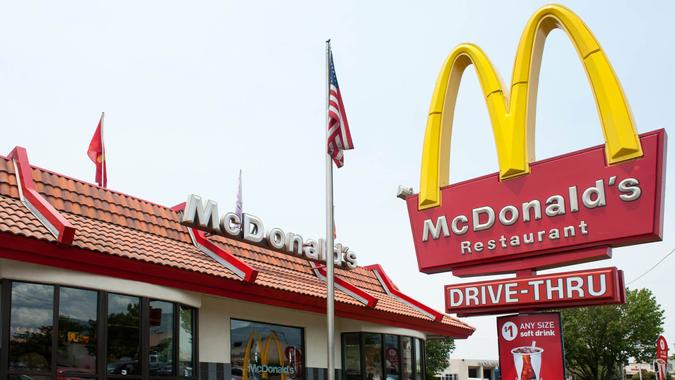 McDonald’s, Starbucks and Coca-Cola all announced this week that they were suspending business in Russia in wake of the war it has waged against Ukraine and mounting pressure to cease operations in the country. As a result, the stock price of all three companies has taken a hit — but nothing substantial yet.

Explore: Gas Apps Could Save You Money as Oil Prices Continue to Surge
Learn: Elon Musk Tweets Support of Increasing US Oil Production To Limit Dependence on Russia

McDonald’s said it would close its 850 stores in Russia, as “the conflict in Ukraine and the humanitarian crisis in Europe has caused unspeakable suffering to innocent people. As a System, we join the world in condemning aggression and violence and praying for peace,” according to March 8 email CEO Chris Kempczinski posted on the company site.

Starbucks said it will immediately pause store operations and provide support to the nearly 2,000 partners in Russia who depend on Starbucks for their livelihood. “We continue to watch the tragic events unfold and, today, we have decided to suspend all business activity in Russia, including shipment of all Starbucks products,” the company said on March 8.

As for Coca-Cola, it also said on March 8 that it is suspending its business in Russia. “Our hearts are with the people who are enduring unconscionable effects from these tragic events in Ukraine. We will continue to monitor and assess the situation as circumstances evolve,” according to a statement on its website.

These are some of the latest companies ceasing business in Russia, following in the footsteps of multiple tech giants. According to Barron’s, U.S. companies that generated at least 1% of their 2021 sales in Russia include Philip Morris International with 8%, McDonald’s with 4.5%, PepsiCo with 4.3%, and EPAM Systems, with 4.1%.

The Associated Press reported that McDonald’s is among those to take the biggest financial hit. Unlike Starbucks and other fast food companies like KFC and Pizza Hut, whose Russian locations are owned by franchisees, McDonald’s owns 84% of its Russian stores, the AP said, adding that in a recent regulatory filing, McDonald’s said its restaurants in Russia and Ukraine contribute 9% of its annual revenue, or around $2 billion last year.

Beyond the pure investment loss for companies, they also face a reputational risk, which can translate to dollars lost as well.

See: How Much Does the President Control Gas Prices?
Find: Gas Prices Reach Historic Highs — How Much More Will You Pay at the Pump This Year?

On March 10, Yale Professor Jeffrey Sonnenfeld said that since Putin’s invasion of Ukraine began, more than 330 companies have announced their withdrawal from Russia — but some companies have continued to operate in Russia undeterred, according to post on Yale School of Management’s website. Sonnenfeld compiled a list of the companies, which has been widely circulated and contributed to the pressure on companies who remained in Russia, he said in the post.

“Despite the cost of abandoning major investments and the loss of business, there is a strong reputational incentive to withdraw. Companies that fail to withdraw face a wave of U.S. public resentment far greater than what they face on climate change, voting rights, gun safety, immigration reform, or border security. A new Morning Consult survey reveals that over 75% of Americans demand corporations cut business ties with Russia after the invasion of Ukraine,” he wrote in Fortune.