Amazon shocked the world when it announced its nearly $14 billion acquisition of Whole Foods on June 16. Fearing that their favorite grocers would be “Amazoned,” investors couldn’t sell their shares fast or low enough. Their reaction is understandable — ever since Jeff Bezos founded Amazon in 1994, the company has eviscerated one retail segment after another.

Even the few retailers that are still going strong have seen their stocks dip since the announcement — good news for investors looking to break into the retail industry. Now is the time to jump on lower share prices for the top retail brands. But first, take a look at the industry as a whole and the impact Amazon has had.

The most prominent example of U.S. retail carnage is the number of store closures that have been announced in 2017. Twenty-one chains including JCPenney, Bebe and Sears have made plans to shutter more than 3,500 outlets this year, costing an estimated 50,000 jobs, according to Forbes. Some companies are simply downsizing, but others are closing all their stores or declaring bankruptcy. Among those that have filed Chapter 11 are Wet Seal, hhgregg, Gander Mountain, BCBG, American Apparel and Radio Shack.

If you own retail stocks, ask yourself:

As a retail investor, you should follow Amazon. According to Slice Intelligence, the company accounted for 43 percent of American online retail sales in 2016. In the prior year, its share was 33 percent. That’s incredible momentum for a company that already was the industry’s Goliath. But that’s not the whole story. Online shopping is swiping gobs of industry share from traditional retail. According to the U.S. Department of Commerce, total retail sales last year were $4.8 trillion. The e-commerce component was about $390 billion, or roughly 8 percent. Although online shopping is growing at three times the pace of old school retail, there’s still 92 percent of the market to conquer.

Related: Ways Amazon Is Making It Easier to Spend Your Money

What Do the Most Battered Retailers Have in Common?

Of those retailers that have announced closures this year, the bulk of them sell apparel, with consumer electronics next in line. It’s not too hard to figure out how the latter have been Amazoned — tech items make up almost half of Amazon’s top 50 best-sellers in 2016, according to Business Insider. Less obvious, however, is the demise of mall apparel retailers.

Maybe predicting fashion trends is too tough. Maybe your mall is only good for buying a cinnamon bun bigger than your head. Maybe it’s simply that shopping online is more convenient than going to the store in-person. At least, that’s what the data suggests. Ever since the fourth quarter of 2009, e-commerce sales have grown in double-digit percentages from the year prior.

The high school kid measuring your feet at the shoe store in the mall isn’t going to make or break a retailer. However, a savvy operations team is a must. If inventory rises to a surplus, the company must sacrifice profit through sales and discounts to bring inventory numbers back down. As an investor, resist the urge to focus on the quirky, charismatic founder with an eye for fashion. Instead, keep an eye on the supply chain in the back.

Specialty outlets have a greater chance to succeed in the retail industry. Some of retail’s most spectacular flameouts have been the sell-anything-and-everything chains like JCPenney, Macy’s, Sears and Kmart (the last two of which are miserable together under the same holding company). And to think such stores used to anchor every mall. For retail investors, no niche should mean no stock.

It’s not all doom and gloom, though. Retail has had a few winners other than Amazon. These Grade A companies and their stocks have outperformed their peers over a the long-term, with shares that rarely dip — until now. If you’re looking to get in as an investor, here’s your chance. Let’s delve into what makes these companies tick.

See: Giant Retailers With the Strongest Stock in the Past Decade

Costco sells groceries, so its shares were bludgeoned when Amazon announced its Whole Foods acquisition. However, that doesn’t mean that Amazon will undercut Costco on price. The latter makes its money on membership fees — which might be where Bezos got the idea to sell Amazon Prime memberships — and prices its goods so its gross margin just offsets its operating expenses, meaning retail sales only break even. You can’t go lower than zero, or at least you can’t stay there long. Costco’s stock might be a buy. In June it dropped from nearly $183 to less than $157, or negative 14 percent.

TJX owns T.J. Maxx and Marshalls. Do you remember that lesson about retail management? Well, this company is among the best operators in the business. Its supply chain is efficient and its buyers have a knack for finding worthy, discounted merchandise among other retailers’ discarded inventories. Actually, most of the CEOs that have served TJX have been buyers. It’s probably the company’s secret sauce. This stock has been hit. Its peak in May it was just under $81, but it recently bottomed at $68.22. That’s a 15 percent blow. Bets are it’ll be back. If any company makes it in apparel, it’ll be TJX.

This has been another stock darling, and for good reason: It capitalizes on the valuable home improvement retail niche. Although Lowe’s is always on its heels, Home Depot consistently outperforms its rival on several key business metrics like operating margin, or the percentage of sales in operating profit. Home Depot’s shares might not yet be cheap enough to buy — they’ve retreated less than 4 percent from their recent high — but you should keep an eye on this one.

Take a Rifle Shot Approach to Investing in Retail

Unfortunately, a great swath of brick and mortar retail is down and out, perhaps for good. Therefore, a shotgun approach to investing in this sector is out. You need to take precise aim and fire only at those that’ll survive being Amazoned.

Here are the “dos.” Invest in operations, particularly supply chain gurus. Focus on niches with specialty stores. And, yes, invest in retail through Amazon if and when the stock corrects because it’s likely that this Goliath will keep on growing. 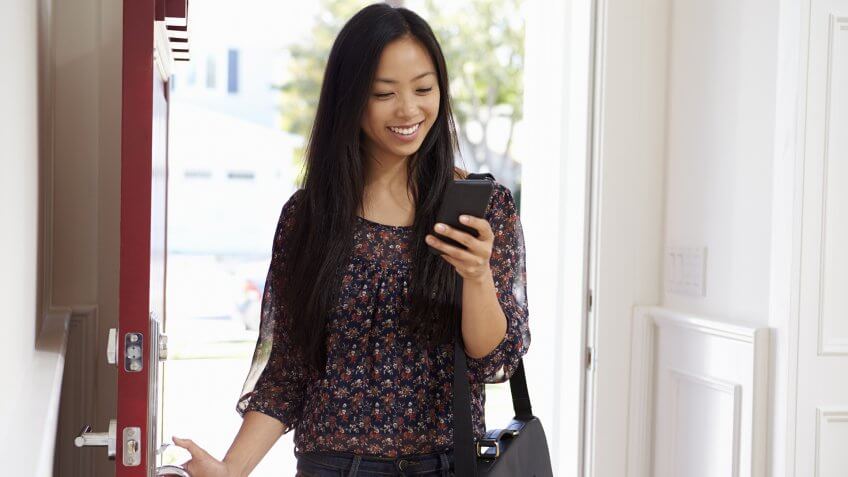 6 Small Investment Ideas When You Have Less Than $500

The best way to invest on a limited budget is to start with what you can afford and can learn.

GOBankingRates > Investing > Stocks > Who Survives the US Retail Meltdown? Big-Ticket Stocks for Investors