Target Shares Drop 25% After Poor Earnings Report — Should You Sell? 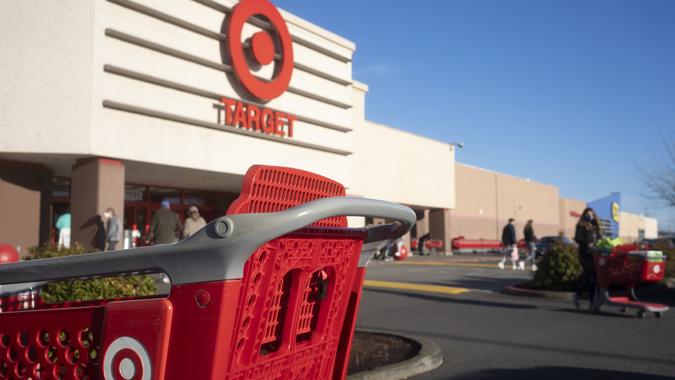 Stock for big box retailer Target Corporation plummeted more than 25% in pre-market trading on May 18.

Discover: 15 Cheap, Beautiful Places To Retire
More: 10 Costco Brand Items With the Best Bargains in May

MarketWatch wrote that the stock was approaching its “worst day since Black Monday,” when the Dow Jones Industrial Average lost 22.6% in 1987. Black Monday represented the sharpest single-day decline in the stock market’s history, yet did not plunge the U.S. into a recession as many feared.

Target stock opened the morning of May 18 at $162.17, down nearly 25%, and continued to drop. It had closed out May 17 at $215.29. The drop was attributed (by analysts) to a quarterly earnings report that reflected the retailer’s challenges concerning supply chain issues, high fuel costs, and general inflation.

Apparel prices — which represent roughly 17% of Target’s typical sales, according to Statista — rose 5.4% based on the most recent Consumer Price Index report. Meanwhile, the price of food at home, which accounts for 20% of Target’s sales, rose 10.8% year-over-year. Household furnishings and supplies, another large portion of Target’s inventory, increased 10.6%.

This data may indicate that Target customers are feeling the pinch, and in response, are cutting costs. Target CEO Brian Cornell said in an interview on CNBC that: “The mix of the [product] categories looked very different than we expected. We saw great strength in food and beverage and household essentials. Our beauty business grew by double digits. But we started to see some softening in some of the discretionary categories… TVs, kitchen appliances, bikes. And as consumers started to shop differently… that certainly impacted our mix and our margin mix. But it’s also added complexity in our supply chain.”

Cornell emphasized that Target still shows strong fundamentals, with a 3.9% increase in traffic in the first quarter and $7.4 billion in sales. Overall, CNBC reported, total revenue rose to $25.17 billion from last year’s $24.20 billion, which was a greater figure than analysts’ predictions. But the company still showed a 52% drop in profits from last quarter, according to a CNN report. Cornell said, “We were less profitable than we expected to be or intend to be over time.”

He added, “I did not project the kind of increases we’d see in freight and transportation costs. Right now, we project that’s going to hit us for about a billion dollars — a significant increase we didn’t expect… Freight transportation [costs], a change in mix, and the increased complexity in supply chain have added pressure to our operational income.”

In spite of the company’s current woes, CNN Business lists Target stock as a “buy.” Seven cited analysts say it is a hold, while 4 believe it will outperform expectations.