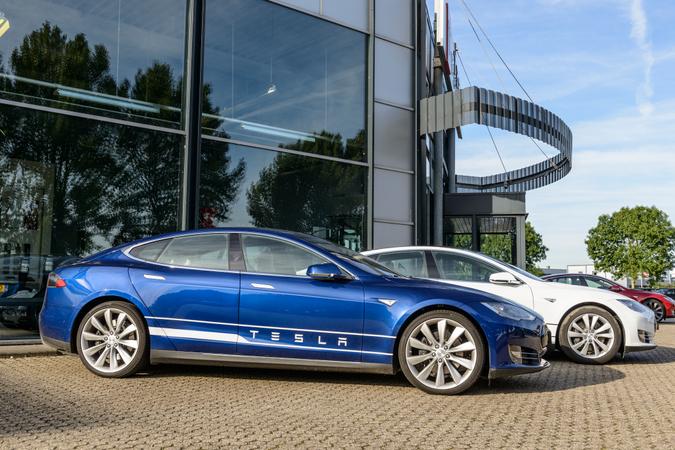 The company reported earnings per share of $1.86 and revenue of $13.76 billion — rising 56.8% — according to a letter to shareholders, compared to analysts’ consensus estimates of EPS of $1.61, according to CFRA Research.

Tesla stock was up 1.61% in pre-market trading this morning.

“A variety of challenges, including semiconductor shortages, congestion at ports and rolling blackouts, have been impacting our ability to keep factories running at full speed. We believe our supply chain, engineering and production teams have been dealing with these global challenges with ingenuity, agility and flexibility that is unparalleled in the automotive industry. We would like to thank everyone who helps advance our mission,” the company shared in the letter.

In a call to shareholders, Tesla CFO Zachary Kirkhorn said that there appears to be “quite a profound awakening of desirability for electric vehicles.”

“And to be totally frank, it’s caught us a little bit off guard. And that kind of awakening and change in consumer sentiment, I’m sure there’s lots of reasons that go into it, but folks want to buy an electric car and folks want to buy a Tesla right now,” he said, according to a transcript of the call.

Earlier this month, Tesla exceeded delivery expectations, announcing it had delivered 241,300 vehicles in the third quarter despite global supply chain issues, which have hindered many carmakers.

Analysts had predicted that Tesla would deliver around 220,900 electric cars during this period, according to CFRA Research. Tesla reported it had produced 237,823, according to an announcement, adding, “We would like to thank our customers for their patience as we work through global supply chain and logistics challenges.”

In comparison, in the second quarter, the company produced and delivered just over 200,000 vehicles.

Tesla also said in the letter that EV demand continues to go through a structural shift and that the company will continue to ramp up the Gigafactory Shanghai and build new capacity in Texas and Berlin.

Following the earnings, Garrett Nelson, VP equity research at CFRA Research said he is keeping a “Hold” opinion on shares of Tesla, while hiking the 12-month price target by $125 to $875 per share.

“The reaction in the shares post-release was muted (the stock traded down slightly), as we believe expectations for a beat relative to consensus was priced in and the company’s statement that the magnitude of its growth ‘will be determined largely by outside factors’ gives investors pause,” Nelson commented in a note sent to GOBankingRates.

“We remain at a Hold, which reflects a valuation we consider fair as well as concerns over rising EV competition and semiconductor supply.”