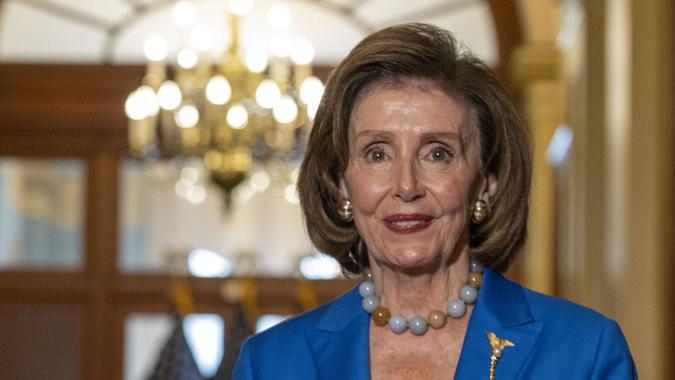 Individual investors on TikTok are now watching the financial disclosures of some members of Congress for stock tips.

See: How Much Do TikTokers Make? Here are 7 of the Highest-Earning TikTokers
Find: 34% of Gen Z Is Learning Personal Finance From TikTok and YouTube, Survey Finds

“Shouts out to Nancy Pelosi, the stock market’s biggest whale,” said user ‘ceowatchlist.’ Another added, “I’ve come to the conclusion that Nancy Pelosi is a psychic,” while saying that she is the “queen of investing,” reports NPR.

“She knew,” said Chris Josephs as he was analyzing a trade in Pelosi’s financial disclosures, NPR noted. “And you would have known if you had followed her portfolio.”

Josephs is the co-founder of a company called Iris, which looks at other people’s stock trades. According to the Stock Act passed in 2012, lawmakers are required to disclose stock trades, including those of their spouses, within 45 days. So far this year, Senate and House members have filed more than 4,000 financial trading disclosures worth at least $315 million in stocks and bonds bought or sold, according to Tim Carambat, who created and maintains House Stock Watcher and Senate Stock Watcher.

While there’s no evidence that politicians make great stock pickers, there’s been growing skepticism surrounding their ethical standards. In fact, 67% of Americans believe federal lawmakers should not own individual stocks, said NPR, citing a survey by Data for Progress.

In 2021 alone, Business Insider and other news organizations have identified 40 members of Congress who failed to properly report their financial trades. Excuses ranged from ignorance of the law, clerical errors and mistakes by accountants. The penalty for not reporting financial trades is typically $200, but it can also be waived by House or Senate ethics officials.

Despite this, studies show that members of Congress really aren’t better at picking stocks. Senators are “as feckless as the rest of us at stock picking,” according to findings from a study published earlier last year by the National Bureau of Economic Research.