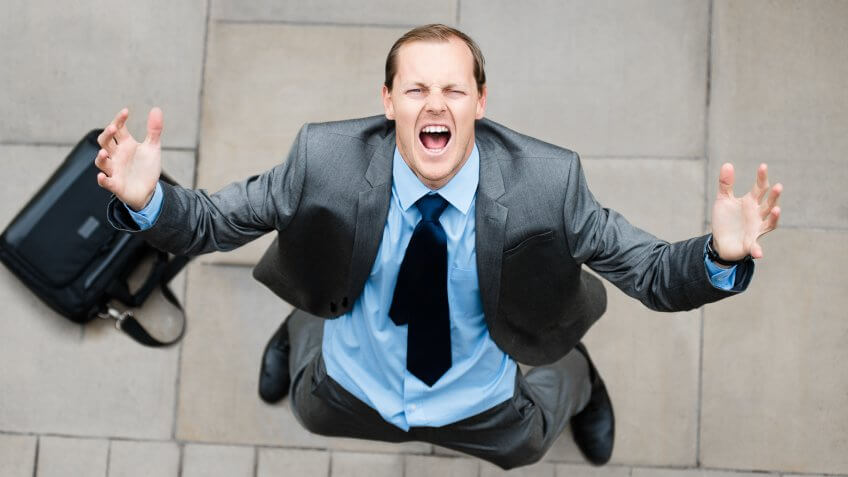 Many investors worry that one day, a market meltdown will incinerate their portfolios. And in fact, such downturns are inevitable, said Ross Webber, professor emeritus of management at the Wharton School of the University of Pennsylvania.

“Stock market crashes in one sense are perfectly natural,” he said. He added that the impact of such downturns varies and is “heavily dependent on policy, the consumer and the world at large.”

Do your homework by learning about the biggest market meltdowns of the past half-century if you want to become a great investor. 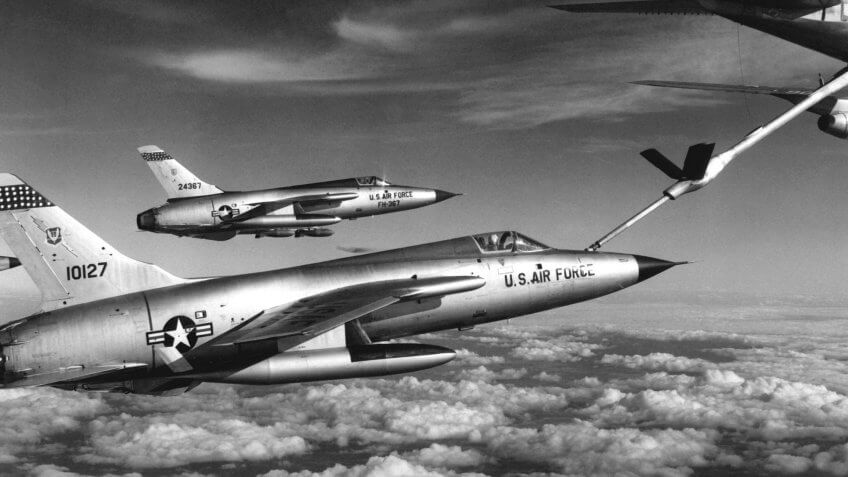 By the 1960s, the economic boom the U.S. had enjoyed since the end of World War II was showing signs of weakness. The stock market endured a steep downturn in 1966, but the market crash of 1969-1970 resulted in an even sharper decline.

The causes of the market downturn include the cost of waging the Vietnam War. Stricter monetary policy and rising inflation also contributed to the crash. 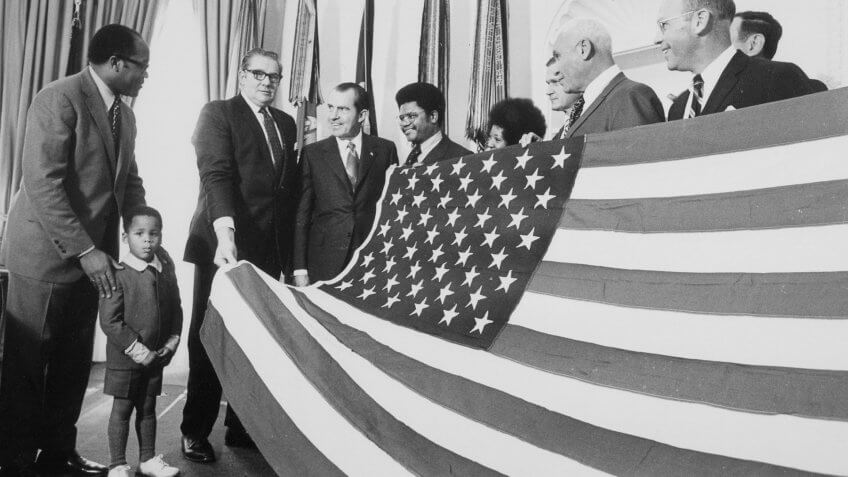 The impact on the stock market was significant: The Standard & Poor’s 500 index lost 36.1 percent of its value from November 1968 to May 1970. The market bottomed out twice in 1970 before the S&P 500 went on a bull run and recovered lost ground. 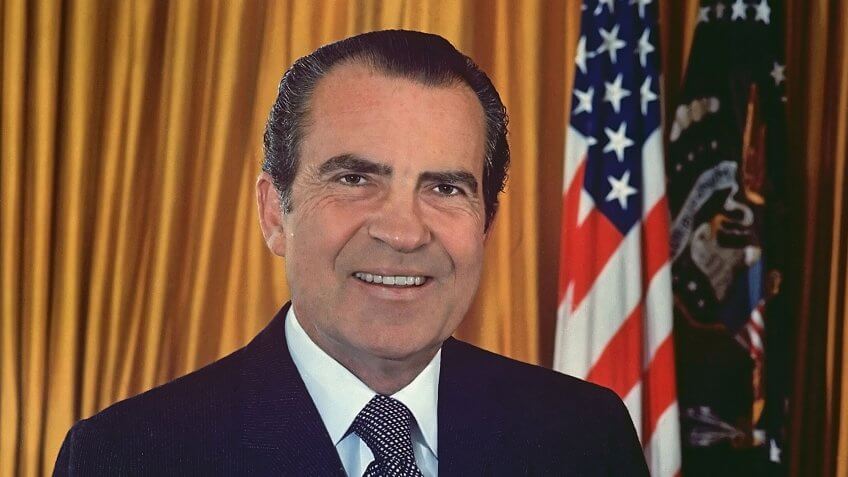 The 1970s were characterized by economic stagnation and high inflation. This combination — dubbed “stagflation” — took its toll on the stock market. From 1973 to 1974, the S&P 500 lost nearly 50 percent of its value.

Several historic events came together to undermine markets. In 1971, President Nixon rocked the stock market by taking the U.S. dollar off the gold standard. And there were more investment shocks to come.

In 1973, OPEC placed an embargo on oil exports to the U.S. in retaliation for America’s support of Israel during the Yom Kippur War. With a devalued dollar and skyrocketing fuel prices, the U.S. stock market took a dive, which was made worse by the Watergate scandal.

Also See: The Stock Market Has Lost $1.6 Trillion in October — Here’s Why 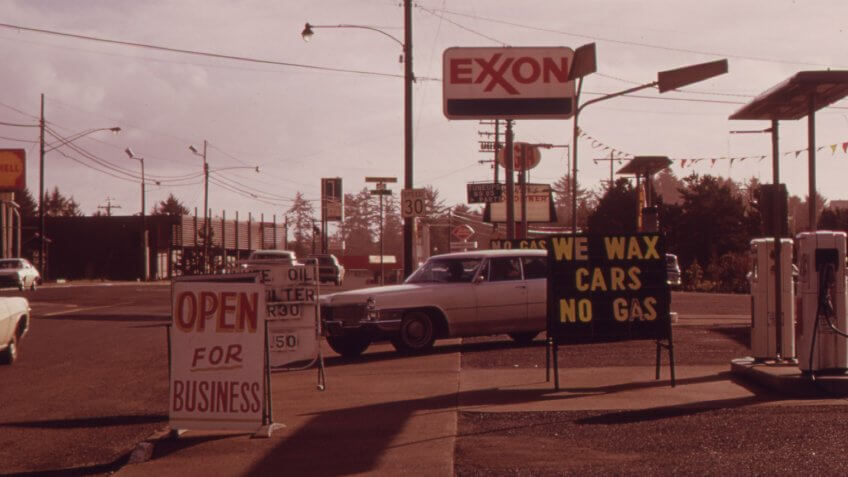 “So much of the market’s performance is based on confidence,” said Webber. “[Events] really, really undermined investor and consumer confidence in the American economy.”

As with the case with the 2007-2008 crash, stock market complacency during the 1970s turned to doubt and panic, he said. 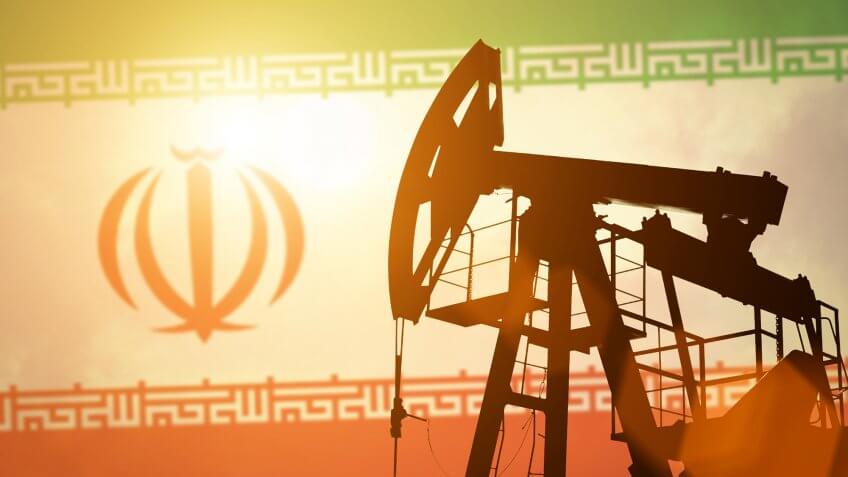 After the 1973-1974 debacle, the U.S. only had a few years to catch its breath before a second oil shock rocked the economy. Iran had been a close American ally and major supplier of oil until the 1979 Iranian revolution changed the relationship dramatically. Labor strikes and revolution in Iran pushed up oil prices, while OPEC ratcheted its fees higher as well. 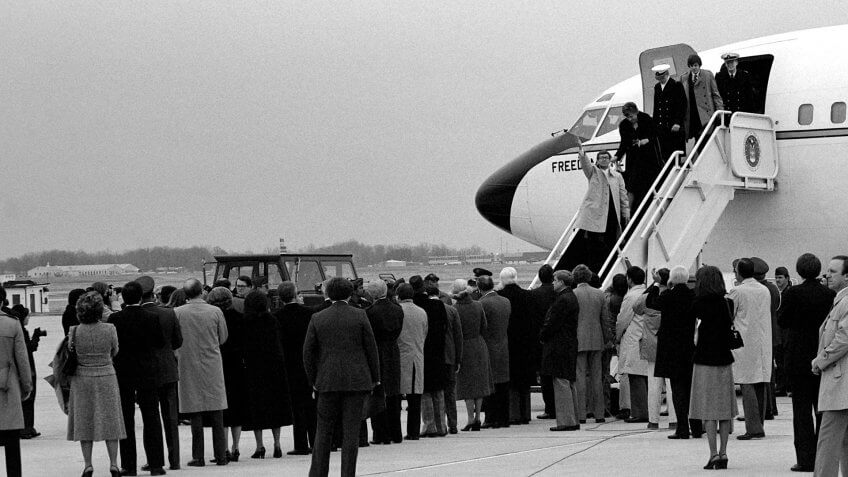 “Besides that [1979 oil shock], American consumers were hit with a huge Fed rate hike,” said Webber. To combat inflation that was spiraling out of control, the Federal Reserve raised interest rates to almost 20 percent in late 1980 and early 1981.

The lingering effects of the energy crisis, combined with new interest rates, sent the stock market into a long bear market. From November 1980 to August 1982, the S&P 500 lost more than 27 percent of its value. 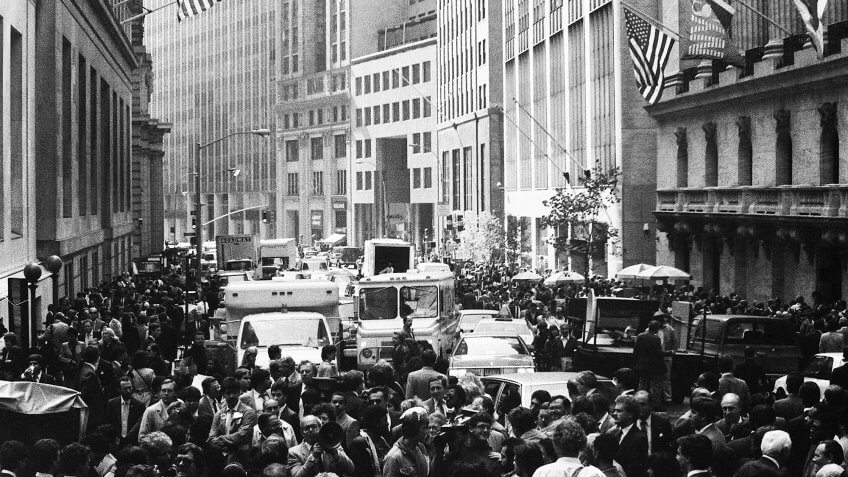 Oct. 19, 1987, was indeed a black day for the stock market. In a single trading session, the S&P 500 lost more than 20 percent of its value in a crash that unleashed a week of chaos among investors.

The culprit behind what became known as “Black Monday” remains hard to identify. Some have blamed program trading; many computers were programmed to sell if stock prices dropped, a fact that might have contributed to the crash. 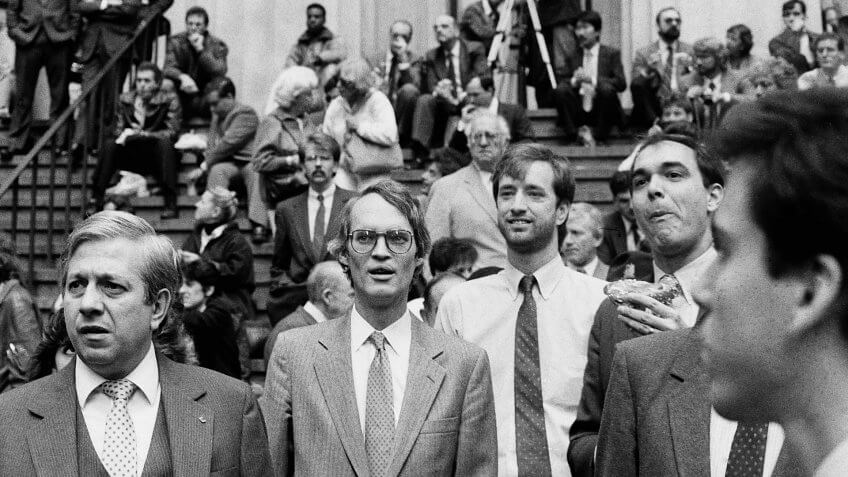 Aftermath of the 1987 Crisis

Unlike the 1929 stock market crash that kicked off the Great Depression, the 1987 market crash was fairly short-lived and stocks finished the year in the black.

Learn More: What the Dow Jones Was Worth the Year You Were Born 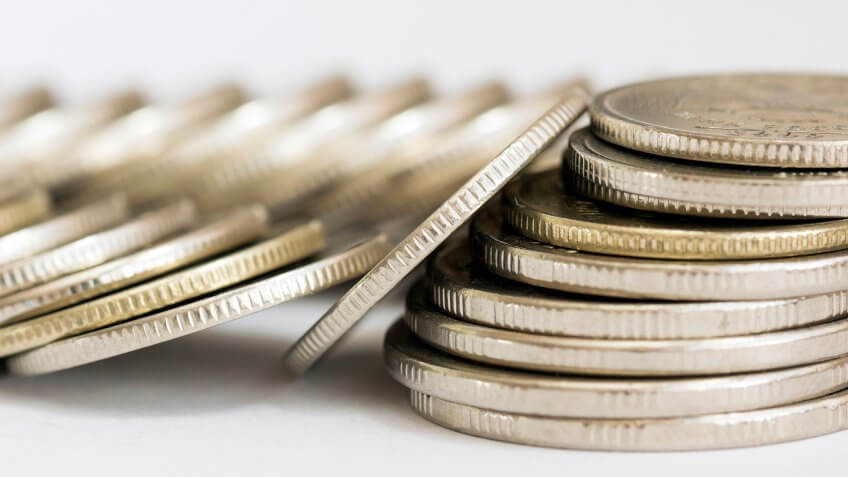 The savings and loan crisis did not involve a stock market crash, but it did have a profound impact on the lending industry, along with many people’s lives.

The savings and loan industry started in the 1830s as a way to enable homeownership at a time when banks did not offer residential mortgages. These savings and loan institutions — often known as a “thrifts” — accepted deposits and loaned out money. By 1980, thrifts accounted for half of the roughly $960 billion in outstanding home mortgages. 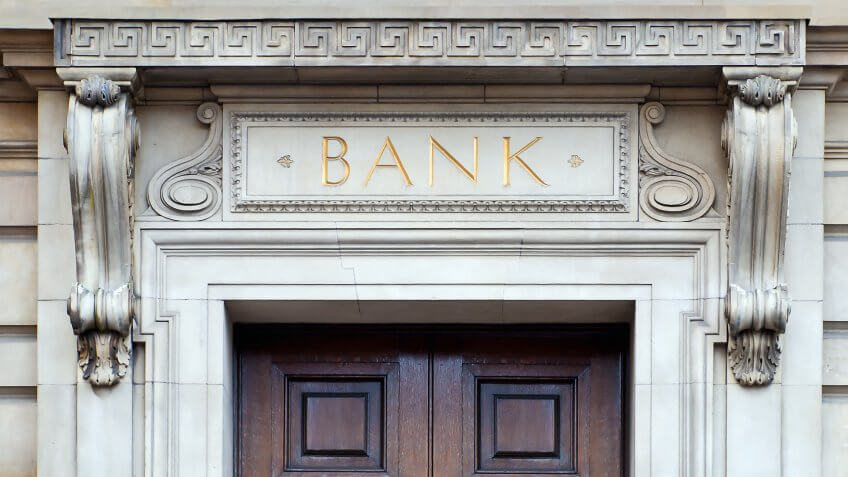 Aftermath of the 1980s Crisis

Congress intervened to help the struggling industry. The 1989 Financial Institutions Reform, Recovery and Enforcement Act set up the Resolution Trust Corp. to deal with endangered thrifts. The savings and loan crisis finally ended in 1995, but its resolution ultimately cost American taxpayers as much as $124 billion. 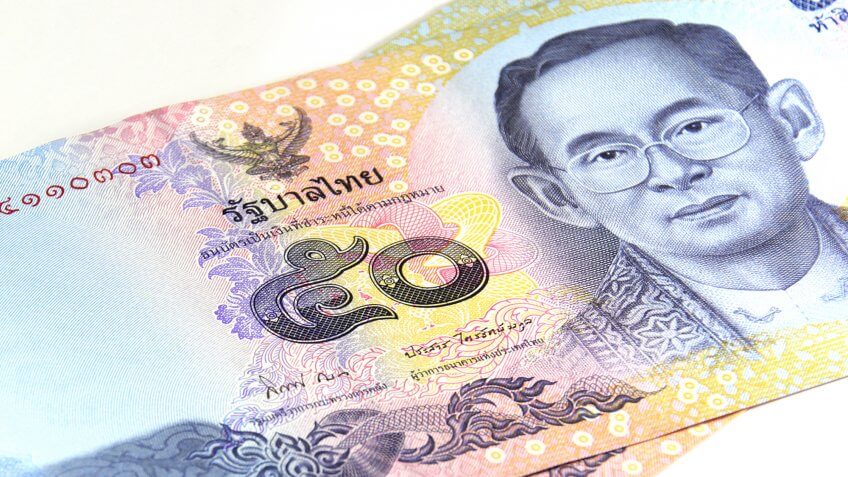 It’s not uncommon for currency issues to result in panic. This happened in 1997, during the Asian financial crisis, when Thailand devalued its currency — the Thai baht — in the middle of an overheated economy. When Thailand announced the devaluation, the value of the baht fell even further.

Unfortunately, the meltdown wasn’t confined to Thailand. The value of currencies throughout the region plummeted, while stock markets also tumbled. For example, the Hong Kong Stock Exchange lost $29.3 billion in stock share value. 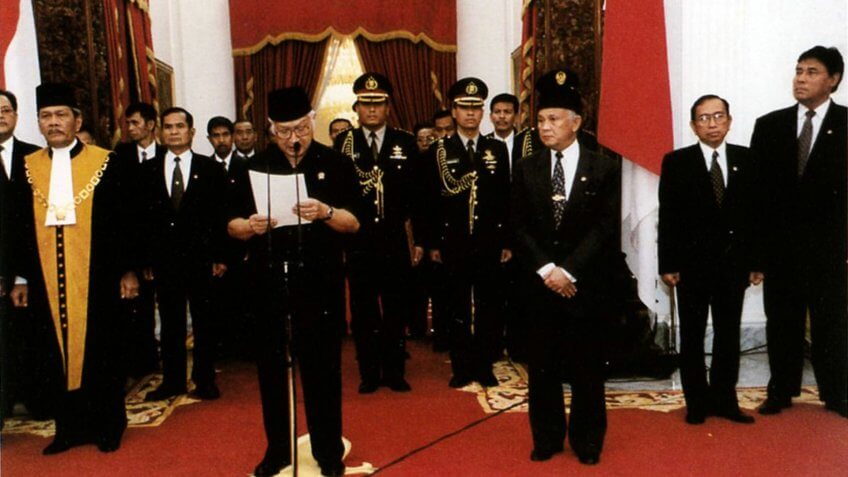 Aftermath of the 1997 Crisis

Fortunately, the Asian crisis had a minimal impact on the U.S. economy. In fact, the drop in Asian currencies made imports of many goods, such as VCRs, cheaper for Americans. But the bigger benefit of the 1997 crisis was the lesson countries took from it.

Governments affected by the crash analyzed the crisis and identified factors that triggered it. These included large current account deficits, heavy foreign borrowing and weak oversight of domestic lending. In the aftermath of the crisis, these governments implemented better regulations, which contributed to the region’s remarkable recovery in the following decade. 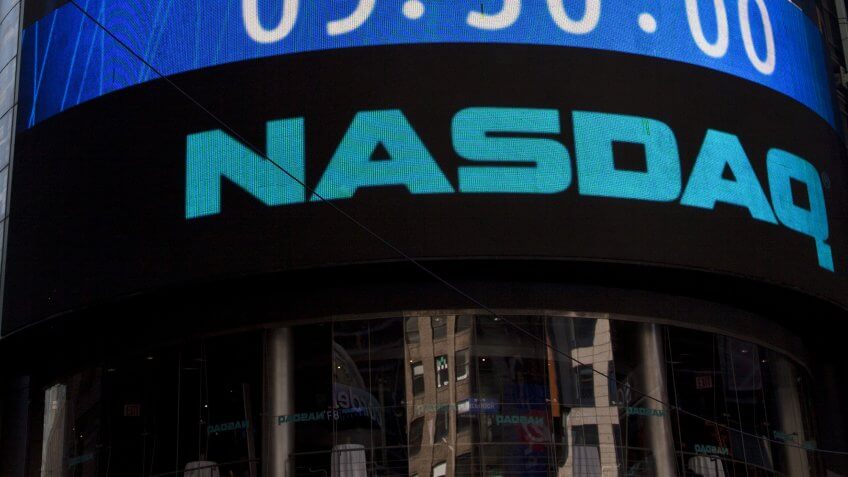 During the prosperity of the 1990s, Americans fell in love with the internet. Companies like AOL made the web popular with the mass consumer, and businesses such as eBay and Amazon eventually became household names.

This love affair with the web created irrational and excessive excitement that resulted in the dot-com bubble at the turn of the millennium. All it took was a “dot-com” at the end of a company’s name for it to raise millions in investor dollars.

The market mania even spilled over into real estate, as home prices in the San Francisco Bay area — the center of the tech industry — skyrocketed. 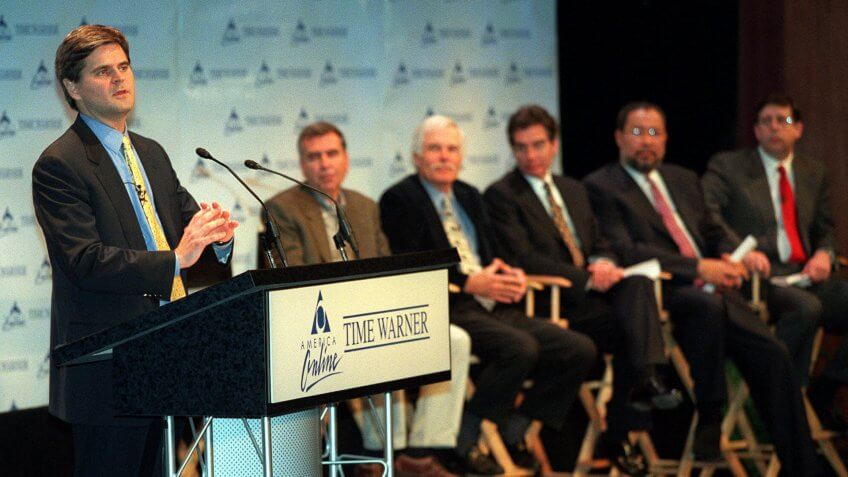 Aftermath of the Dot-Com Crisis

As the 90s wore on, experts began warning about the overheated stock market. As early as 1996, Federal Reserve Chairman Alan Greenspan spoke out against the “irrational exuberance” of stock investors, particularly those in love with tech stocks. One of the business deals that captured the mania was the merger of AOL and Time Warner in 2000 for $164 billion — now widely considered to be one of the worst deals of all time. 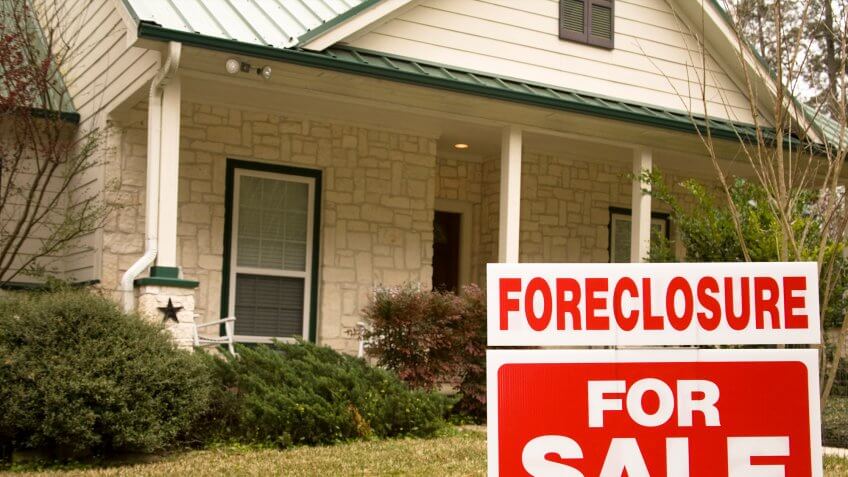 The U.S. had barely recovered from the dot-com bubble and post-9/11 crash when disaster struck again. Fueled by lax lending standards and an array of questionable mortgage products, the U.S. housing market caught fire in the early 2000s as more Americans sought homeownership.

Subprime mortgage lending became one of the principal triggers of the 2007 financial crisis. Thanks to easy credit, more people bought homes based on teaser mortgage rates that adjusted sharply higher.

This sudden leap in the mortgage rate — coupled with the Federal Reserve’s decision to raise interest rates — hit subprime borrowers hard. By August 2007, nearly 16 percent of adjustable-rate subprime mortgages were in default. But what made the housing market crash truly catastrophic was the link between subprime mortgages and mortgage-backed securities. 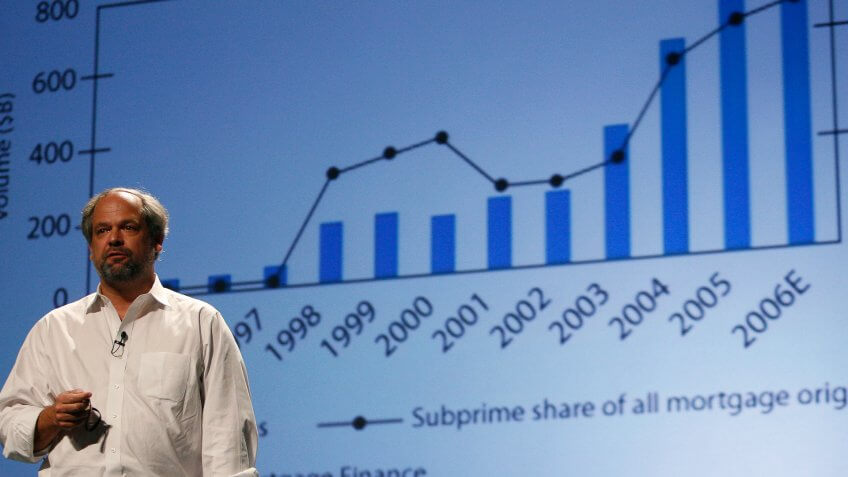 As mortgage defaults rose, the value of the bonds they backed — mortgage-backed securities — plummeted. Firms that invested heavily in such securities, like Lehman Bros. and Bear Stearns, faced insolvency. Some banks took enormous losses as the U.S. entered its worst economic crisis since the Great Depression. Moreover, stocks plunged nearly 57 percent between October 2007 and March 2009.

Banks and the government responded to the economic crash with tighter mortgage lending regulations, as well as legislation to help America climb out of the downturn. Although the recession technically ended in 2009, the effects of the crash are still being felt today.

Up Next: How Do Political Conditions Affect the Stock Market?

Photos are for illustrative purposes only. As a result, some of the photos might not reflect the market meltdowns listed in this article. 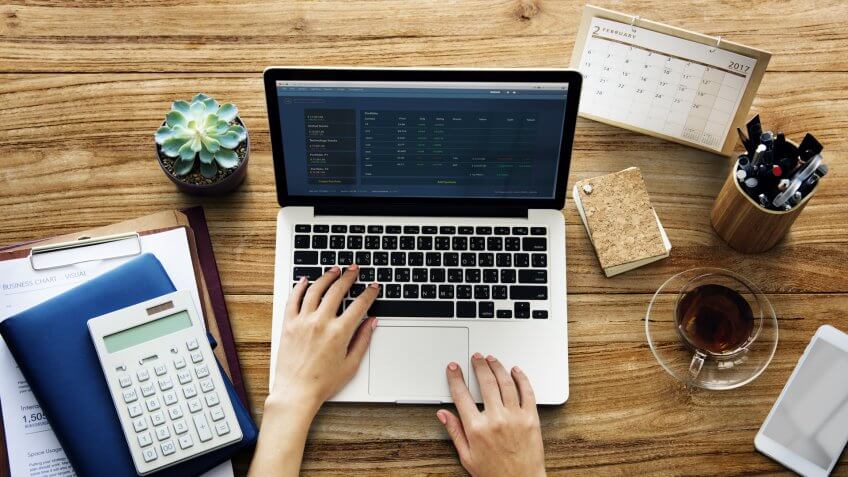 Adulting 101: Best Ways to Manage Your Stock Portfolio Yourself

Save money by managing your investment portfolio yourself.

GOBankingRates > Investing > Stocks > Top Market Meltdowns Over the Past 50 Years