Netflix has influenced how people watch movies and TV shows since the company was founded 20 years ago. It completely changed the rental market when it launched the world’s first DVD rental and sales site. In 1999, the company debuted its monthly subscription service, where customers could rent videos via mail for one monthly price. After trailblazing in that arena, Netflix set its sights higher and began delivering streaming video in 2007.

Constantly evolving, Netflix is now a major player in the original programming field, boasting original, award-winning productions such as “Stranger Things,” “Orange Is the New Black” and “House of Cards.” Throughout all of this innovation, Netflix’s stock price has reflected the company’s success, with a 15-year average return of 41.92 percent per year, as of Aug. 15, 2017. If you want to invest in money-making stocks, take a look at the storied history of Netflix as it turns 20.

The Netflix IPO and Its Aftermath

Get Started: How to Buy Stocks Online

Less than two years after its IPO, the Netflix share price had run up to the point that management announced a stock split. At a price of around $80 per share, the stock had run up nearly 1,500 percent since its IPO.

On Feb. 12, 2004, Netflix split the stock 2 for 1. The share price reflected the booming success of the underlying business, as both revenues and subscribers had more than tripled since 2002. In 2004 alone, revenues were up 86 percent, and subscribers had grown by 76 percent.

As with many stocks, Netflix suffered during the Great Recession in 2008. However, its recovery into 2011 was nothing short of spectacular. After dropping to a split-adjusted low price of $2.60 in November 2008, Netflix peaked at over $43 (split-adjusted) by mid-July 2011.

The Netflix/Qwikster Split and 2011 Decline

Even successful companies can make financial missteps, and Netflix is no exception. In 2011, the company made two strategic moves that hurt its stock price. First, Netflix announced the splitting of its core business into two: the DVD-rental business, to be rebranded as Qwikster, and the online streaming business, to maintain the Netflix moniker.

Consumers didn’t like the move from the start, and subscribers dropped by a whopping 800,000 from Q2 to Q3 of 2011. The day after the announcement of the changes, Netflix’s stock price had dropped by 30 percent. Within four months, the stock price had cratered by 77 percent.  By Oct. 11, 2011, the company had reversed its decision to introduce Qwikster as a separate business, and both DVD rentals and online streaming remained under the Netflix banner.

Also See: Here’s What AT&T’s New Streaming Service Will Give You That Netflix Can’t

The split brought the stock price down to a more accessible range of around $100 per share. By the end of 2015, Netflix subscriber numbers were astronomical, topping 74 million global members.

The company is regularly reporting year-over-year revenue growth of 28 percent or more, and it crossed the symbolic threshold of 100 million global subscribers in Q2 of 2017. On the original programming front, Netflix garnered 91 Emmy nominations across 27 programs. The company continues to invest in its future in an effort to maintain the impressive gains reflected in Netflix’s stock history.

Up Next: What $1,000 Invested in Apple, Netflix and More 10 Years Ago Is Worth Today 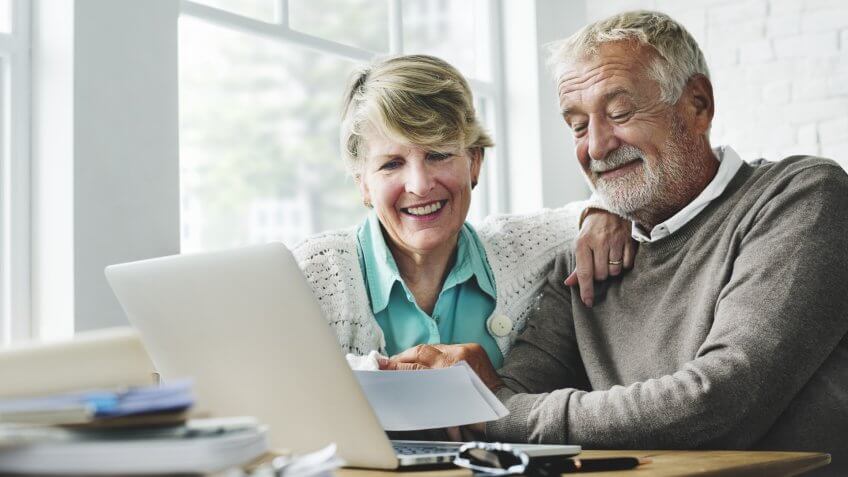 A smart investing plan for boomers to enjoy their golden years.