Snap Inc. (SNAP) — the owner of photo messaging app Snapchat — officially began trading on the New York Stock Exchange Thursday with shares opening at $24, making it one of the most anticipated IPOs of the year.

Founders Evan Spiegel, 26, and Bobby Murphy, 28, were present at the NYSE to ring the bell after the duo raised more than $3.4 billion in its initial public offering. The Venice, Calif.-based company, which employs about 1,800 people, filed IPO paperwork on Feb. 1.

Snap’s 200 million shares were initially priced Wednesday at $17, but quickly rose to $24 when trading officially began around 8:30 a.m. PST Thursday. As of the opening price, the company had a valuation of $33 billion.

The social media company’s IPO is well timed as the Dow closed Wednesday for the first time ever at 21,000. The market had also set another record, closing at 20,000 for the first time in the market’s 120-year history on Jan. 25.

Snap’s debut on the NYSE was not met without some resistance. Protesters with anti-Snap signs demonstrated this week outside the company’s Venice headquarters. Demonstrators say the tech firm has changed the culture of the laid-back beachside community — forcing out neighborhood businesses, bars and restaurants, and in some cases, evicting residents by acquiring apartment buildings and turning them into offices.

Snap Inc. is the biggest IPO since the Chinese e-commerce giant Alibaba Group went public in 2014 after raising $25 billion.

The Snapchat app has an estimated 158 million daily active users, the majority of which are between the ages of 18 and 34, according to Forbes. The company had total annual revenue of more than $404 million in 2016.

Up Next: Think Like a Millionaire With These Tony Robbins Tips 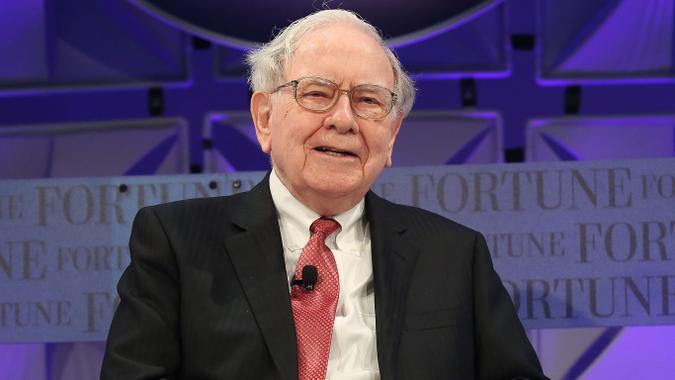 15 Stocks Warren Buffett Is Investing a Ton of Money In

The Warren Buffett stock portfolio might provide clues about where to invest next.