Warren Buffett Just Scored an Unexpected $1.4 Billion – and He’s About to Disclose Another Mystery Investment Soon 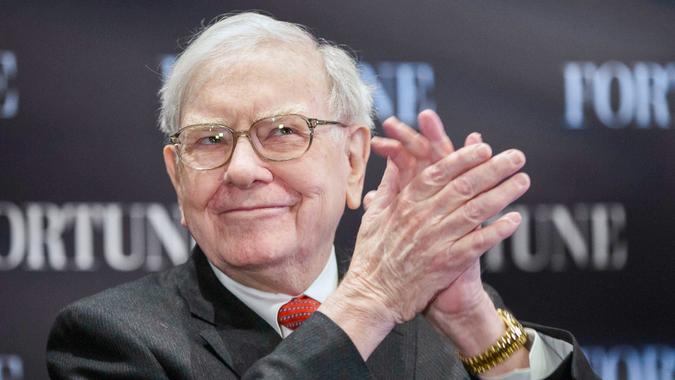 Warren Buffett’s Berkshire Hathaway is set to release its stock investments as of December 31, 2020, and investors are eagerly awaiting and speculating.

In its latest filing in November, the Oracle of Omaha omitted confidential information from the public Form 13F report and filed it separately with the U.S. Securities and Exchange Commission, according to the filing.

A form 13F is required to be filed within 45 days of the end of a calendar quarter for managers with more than $100 million in assets under management, according to the Securities and Exchange Commission. A manager can request to withhold information if, for example, the reportable security is likely to be substantially harmed by public disclosure of Form 13F data.

See: Institutional Investors and Retail Investors – What Is the Difference?
Find: Warren Buffett’s 15 Biggest Money Mistakes – and What You Can Learn from Them

Buffett, Berkshire Hathaway’s CEO, has rarely made use of a confidential filing in the past decade. The last one was in 2015, and the mystery holding turned out to be Phillips 66, according to Barron’s.

While it’s possible that the mystery stock will remain mysterious, Barron’s notes that it could be sizable, in the $5 to $10 billion range.

See: Why Now Is a Good Time to Reassess Your Investments
Find:  Top 10 Highest-Priced Stocks – What Is the Most Expensive Stock Right Now?

Speculations are abounding. Take Gary Black, former Aegon Asset Management CEO, for example, who polled his 51,000 followers on Twitter about the mystery investment. The “potential Cinderellas,” are Disney, Paypal, Google and FedEx, according to one of his tweets.

In August, Berkshire Hathaway disclosed its investments in Japanese companies: Itochu, Marubeni, Mitsubishi, Mitsui and Sumitomo. The five stocks have rallied an average of 23% since then, boosting the combined value of Berkshire’s stakes from below $6.4 billion to nearly $7.7 billion in under six months, according to a Business Insider article. The article notes that these picks are quite unusual, as Buffett has “mostly preferred American companies such as Apple, American Express, Bank of America and Coca-Cola throughout his career.”