Until Google releases a search engine update that penalizes media outlets for shoehorning Warren Buffett’s name into headlines, we’ll see no end of pieces wondering who the “next Buffett” is.

Here’s the not-so-clickable answer: hopefully nobody.

It’s not out of the realm of possibility that another investor will one day surpass the Oracle of Omaha in wealth — the nearest competitor is Michael Bloomberg, whose net worth of $36 billion is nearly half of Buffett’s, according to Forbes.

What probably won’t happen, though, is another investor building a $72 billion fortune the Buffett way. His breed of investing is quickly being made archaic, and by his own numbers, it’s not even working for himself anymore.

It’s time to stop looking for the next Buffett and start looking for a new oracle, as Buffett himself wouldn’t be able to reproduce his path to success if he started out today. Here’s why.

Buffett apologists — and they are a legion — will say that’s the whole point: Berkshire Hathaway is a long-term investment, and a five-year lag doesn’t invalidate decades of near prescient performance.

Actually, it does, according to statistician Salil Mehta. The thing about Buffett’s incredible track record, he told The Times, is it makes it incredibly less likely that this blip is just bad luck — there’s only about a 3 percent chance of that, in fact.

2. His Willful Ignorance of Technology Is No Longer Cute

There are a number of stocks Buffett won’t touch: Gold (too unpredictable), airlines (he got burnt in 1989 by US Airways) and tech.

Buffett is loud about his deep distrust of technology investments. He’s called Bitcoin “a mirage,” incurring the wrath of the all-too-flappable digital currency community (Marc Andreesen called it “old white men crapping on new technology they don’t understand”). His lone tech stock is IBM, and it hasn’t done well for him of late.

In his 1996 letter to shareholders, Buffett explained why he’s kept his distance:

“I should emphasize that, as citizens, Charlie and I welcome change: Fresh ideas, new products, innovative processes and the like cause our country’s standard of living to rise, and that’s clearly good. As investors, however, our reaction to a fermenting industry is much like our attitude toward space exploration: We applaud the endeavor but prefer to skip the ride.”

It’s a ride Buffett can’t really afford to keep skipping. Studies show Americans adopt new technology at a pace unheard of just 50 years ago. And this rapid expansion of today’s technology is wreaking havoc on the incumbent institutions, many of which Buffett has invested a lot of money in.

It’s no longer as simple as Buffett keeping his money away from Bitcoin. Whether he understands technology, the market’s future is tied to it, and Buffett’s strategy of agreeing to disagree about its importance won’t work much longer.

There’s no better example than the Oracle’s beloved Washington Post, an investment he nurtured for decades before the onset of the web began to deflate all print products. When the paper was sold in 2013, it went to Amazon CEO Jeff Bezos. Tech had the final word.

Buffett has long trumpeted the principles of value investing, which involve finding a company that’s undervalued by the market and waiting for its stock prices to catch up. True value investors do their homework meticulously, deciding which companies to invest in based a number of factors: the company’s management, its return on equity, its operating history, its profit margins, etc.

It’s tedious work that made Buffett insanely rich, inspiring generations of hopeful MBAs to adopt value investing in the hopes of following suit.

Unfortunately for them and their student loans, investing like Buffett won’t earn you millions anymore.

There are a number of reasons for this. For one, Buffett’s massive popularity attracted too many copy cats; value investing doesn’t provide a competitive edge if everyone is running the same numbers and betting on the same underdogs.

This is something even Benjamin Graham, Buffett’s mentor and the founding father of value investing, noticed at the end of his life.

“In the old days any well-trained security analyst could do a good professional job of selecting undervalued issues through detailed studies,” Graham told the Financial Analysts Journal. “But in the light of the enormous amount of research now being carried on, I doubt whether in most cases such extensive efforts will generate sufficiently superior selections to justify their cost.”

Another problem, according to a report by NYU finance professor Aswath Damodaran, is there are a lot more macroeconomic X factors these days to trip up a value investor’s calculations, not least of which are the recent economic crises. Stock prices aren’t just driven by a company’s profitability and cash flow anymore, but also a host of unknowns.

Because of the changing landscape, today’s value investors no longer appear to know something the rest of us don’t — and that goes for Buffett, too.

4. Even Buffett Doesn’t Think You Should Invest in Buffett

Buffett has been unequivocal about where he thinks you should put your money long-term, and it’s not in Berkshire Hathaway. In his 2014 annual letter to shareholders, he explained that an index fund is the most reliable way to grow your wealth; in fact, it’s how he’s investing his wife’s trust.

“Put 10 percent of the cash in short-term government bonds and 90 percent in a very low-cost S.&P. 500 index fund. (I suggest Vanguard’s). I believe the trust’s long-term results from this policy will be superior to those attained by most investors — whether pension funds, institutions or individuals — who employ high-fee managers.”

If you’re following Buffett’s advice by the book, you’re not investing in him at this point. And based on his recent performance, that’s a good thing. 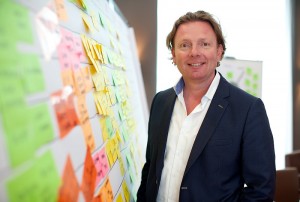 Meet the Advisors to the Richest People in the U.S.