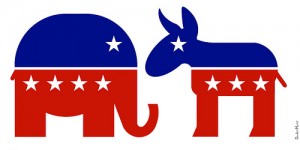 Whether or not you are passionate about politics, you are likely donating campaign money via your investments right now.

Can’t stomach the thought of going back to Republicans running the country? Then you might want to steer your investment and product purchasing dollars clear of the usual suspects — Big Banks, Big Oil, Big Tobacco — as well as companies like Home Depot, Marriott and UPS.

Would rather eat glass than help the Democrats? Then you could consider nixing DreamWorks Animation’s films, Time Warner’s media and entertainment offerings and all things Google.

Corporations, and those who work for them, donate to political campaigns. By buying the stock of those companies, as well as the products and services they sell, your money is indirectly helping to fund the campaigns those companies support.

The Center for Responsive Politics (CRP) is a non-profit, non-partisan research group that tracks money — including sources of campaign money — in U.S. politics and its effect on elections and public policy.

CRP’s website, OpenSecrets.org, is the most comprehensive resource for federal campaign contributions, lobbying data and analysis.

The data contained in this article comes from OpenSecrets.org.

The various 2012 Republican presidential campaigns are leading (the Democrats) in campaign money received from all corporate sectors on the CRP’s list, except one. Notably, the Finance/Insurance/Real Estate sector, by far the largest donor sector, is heavily financing the Republican Presidential campaigns: 78 percnet of its almost $24 million in contributions has gone to Republicans.

Note: Numbers based on data received by the Federal Election Committee (FEC) on 2/13.

The CRP tracks the “Top Donors,” which are the 100 entities — public and private companies, trade organizations and unions — that have given the most money to federal campaigns during the 2012 election cycle.

While there is a sector breakdown (previous chart) for the presidential campaign, there is no individual corporate breakdown. Thus, the charts below include both presidential and congressional campaign contributions.

The percentage breakdown between parties for solely the presidential campaign should generally follow suit. In any event, the data provides a good snapshot of the political leanings of various companies.

There are three public companies in the Top 100 Donors that give at least 2/3rds (67 percnet) of their total political contributions to Democrats directly or via outside interests groups.

All three of the above companies are in the CRP’s Communications/Electronics sector.

DreamWorks has produced some of the highest grossing animated films of all times, including the Shrek series. Time Warner’s brands include CNN, HBO, Cinemax, Warner Bros., People, Sports Illustrated and Time, among others. Google is the internet search engine king, among other things.

How Do I Keep My Red Dollars Out of the Blue’s Grubby Hands?

The staunch Republicans among you might be able to live without Time Warner and DreamWorks (though I hope you’ve already caught the wonderful Shrek films!), but living in a Google-free world would be close to impossible for any internet user.

As for your investing dollars, it’s very doable to avoid investing directly in the stock of heavily-leaning Democratic companies, but avoiding indirect — as in through mutual funds — investment is a different story.

There are 14 public companies in the Top 100 Donors that give at least 2/3rds (67 percent) of their total political contributions to Republicans.

Note (both charts): Figures based on contributions of more than $200 to federal candidates and parties, and on donations to outside interests groups that report to the FEC. Numbers based on data released on 2/13.

Six of the 14 companies are in the Finance/Insurance/Real Estate sector: Goldman Sachs, Bank of America, Berkshire Hathaway, Wells Fargo, Morgan Stanley and Credit Suisse. In fact, they’re all in the banking and investment banking industries, except for Warren Buffett’s Berkshire Hathaway, which is an investment manager.

Some may recognize Honeywell — it makes both defense and industrial products, and is usually grouped into the Defense classification.

How Do I Keep My Blue Dollars out of the Red’s Grubby Hands?

Staunch Democrats, like their Republican counterparts, will find it challenging keeping their dollars out of the other party’s hands. It’s quite doable to avoid investing directly in the stock of heavily-leaning Republican companies, but avoiding indirect — as in through mutual funds — investment is a different story.

Likewise, while it’s very possible to look for alternatives to staying in Marriott-owned lodging, and avoiding — or at least limiting — your home improvement spending at Home Depot, living without oil and gasoline is an entirely different matter! So, the best you can do is to keep your dollars in Blue corporate hands as much as possible. 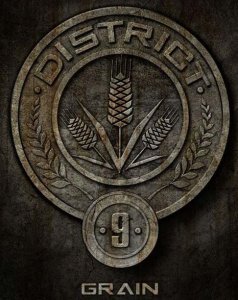 GOBankingRates > Investing > Strategy > Are Your Investments Funding the Democratic or Republican Presidential Campaigns?