When describing how much a business is worth, you’ll have to look deeper than just the company’s share price. Companies often split their stock price to keep it in an affordable range and make it more attractive to investors. Nike is no exception to this practice, as it has split its stock six times in its history. So, if you can’t value Nike simply on its share price, what’s the answer? One popular metric is market capitalization. As of the close of business on Oct. 10, 2019, Nike’s market cap was over $116 billion.

Although Nike is currently the world’s largest retailer of sporting apparel, it started out as a humble shoe-making operation by University of Oregon track-and-field coach Bill Bowerman and former student Phil Knight. Originally known as Blue Ribbon Sports when founded in 1964, the company released the first Nike-branded shoe in 1972. Nike went public in 1980 and has been a name known the world over ever since. In October 2019, it was announced that CEO Mark Parker would be stepping down and John Donahoe would be taking over the role.

You can jump ahead to learn more about a specific topic regarding Nike by clicking one of the following links:

Market capitalization is a useful way to value companies because it places them all on a level playing field. Share price alone doesn’t tell you any useful information. Take Seaboard Corporation as an example. On Oct. 10, 2019, that stock closed at $4,175. But it “only” had a market cap of $4.86 billion. Market cap, therefore, is a better way to understand the true size of a company, regardless of its share price.

Nike’s market cap range has experienced a corresponding fluctuation during that time:

As you can see, the daily fluctuations in Nike’s share price can make for a broad valuation range for Nike as a company.

Find Out: How Much Is Netflix Worth?

In its simplest form, net worth is simply a company’s assets minus its liabilities. By this metric, Nike’s net worth as of the end of the quarter ending May 31, 2019, was $9.04 billion.

Of course, methods of determining the valuation of a company are wide and varied, each with its own merits and blind spots.

See Also: How Much Is Google Worth?

As a multinational company, Nike has a broad range of products. But in its simplest form, the company’s revenue for fiscal year 2019 can be broken down into six primary divisions: footwear, apparel, equipment, global brand divisions, Converse and corporate. The first four divisions fall under the category of Nike Brand revenues, whereas Converse and corporate are classified as Nike Inc. revenues.

Footwear is by far the most important segment to Nike, contributing nearly 62% of the company’s entire revenue for the latest fiscal year. Here’s the division-by-division breakdown in terms of revenue for each of these six main business segments:

All in all, the company reported annual revenue in excess of $39.1 billion.

North America accounts for 43% of Nike Brand revenues and is the company’s largest market. Wholesale revenues comprise 68% of total revenues, and Nike Direct accounts for the remaining 32%.

Judging by its most recent earnings report, Nike remains the top dog in its industry. Earnings for its first fiscal quarter, reported in September 2019, exceeded earnings expectations, helped by strong digital and back-to-school sales. Earnings jumped 29% — its highest year-over-year gain in several years. Perhaps more importantly, the company announced that it expected gross margins to expand in the upcoming quarter.

At the present time, the analyst community is not particularly bullish on Nike, even with the big earnings beat in its fiscal first quarter. The consensus rating on Nike from 33 analysts is “hold,” with a price target of $95.63. That’s just 2.8% above the closing stock price of $93 on Oct. 10, 2019. Four of these analysts have a “sell” rating, which is fairly unusual on Wall Street, and none of them has a “strong buy” rating, although 20 do recommend that investors buy the stock.

As an investor, you should be aware that Nike is often a controversial company and the subject of various boycotts. In 2018, the company came under fire for featuring former quarterback Colin Kaepernick in one of its ads, sparking a boycott — although the ad itself later won an Emmy. Nike has also faced consumer boycotts for its treatment of overseas workers.

Considering purchasing Nike stock? Talk to one of the best brokers, as ranked by GOBankingRates, to get started. 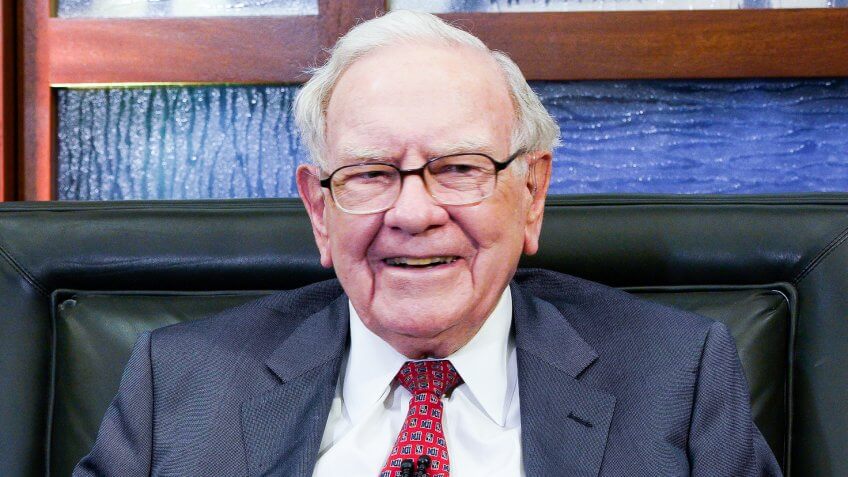 Billionaires Use These Investing Strategies

Create your own wealth by investing like a billionaire.

GOBankingRates > Investing > Strategy > How Much Is Nike Worth, and Is It Worth Buying?