TikTok is the latest in a series of red-hot apps primarily aimed at teenagers and millennials. TikTok describes itself as the “leading destination for short-form mobile video,” with a mission to “inspire creativity and bring joy.” Based in China, the app was founded by Zhang Yiming.

In a rare interview with TechNode, Yiming lifted the curtain on a humorous aspect of the company. “For a very long time, I was merely watching TikTok videos without making any of them myself, because it’s a product mainly for young people,” he said. “But later on we made it compulsory for all management team members to make their own TikTok videos, and they must win a certain number of ‘likes.’ Otherwise, they have to do pushups. It was a big step for me.”

Unlike its relatively unknown and secretive billionaire founder, TikTok is already well known on the global stage. The company continues to hire in offices from Los Angeles and London to Beijing, Singapore, Tokyo and Paris, to name just a few. Learn more about Yiming’s invention, how it’s used and whether or not it might be a good investment going forward.

Here are some of the topics that will be discussed in this in-depth look at TikTok:

How Much Is TikTok Worth?

Because TikTok is a private company, getting a handle on exactly how much it’s worth can be difficult. But recent estimates place the value of TikTok’s parent company, ByteDance, at $75 billion. This is based on the most recent $3 billion round of funding led by investor SoftBank Group, which doubled the valuation from the year prior — putting TikTok in the same neighborhood as footwear giant Nike by some measures of financial valuation.

The Chinese arm of Sequoia Capital counts itself as one of the early investors in TikTok via ByteDance. Additional investors in ByteDance include the following, according to CrunchBase:

Related: How Much Is Amazon Worth?

Yiming remains somewhat of a mystery, but what’s clear is that he is an unqualified success in the business world. The 35-year-old former software engineer is now worth over $16 billion, making him the 11th-wealthiest person in China, according to the Bloomberg Billionaires Index.

Learn: How Much Is GM Worth?

What Is TikTok’s Primary Product and Source of Revenue?

The overall description of TikTok might sound vaguely familiar because it’s somewhat related to the app Vine, which was all the rage in 2013. Due at least in part to the popularity of Vine, video exploded in popularity in the mid-2010s as a method of expression — and generating revenue — popularized still further with the rapid growth of Snapchat; Instagram, which is owned by Facebook; and YouTube.

But as Vine soon learned, the innovators in a new technology space aren’t necessarily the long-term winners. After helping create the trend of sharing videos over social media, Vine became a victim of its own success, as it couldn’t maintain a loyal user base in the face of widespread and powerful competition.

It was in the midst of this environment that the precursor of TikTok was born. Chinese technology company ByteDance unveiled a short-video app called Douyin, which means “shaking sound” in Chinese. The international version of this app, which was quickly merged with existing app Muscial.ly as it was introduced to the American market, is what’s now known as TikTok.

So, what exactly does TikTok do?

In a nutshell, the TikTok app allows users to film their own videos of up to 15 seconds. You can use the app to access a database of sound bytes, songs or effects to enhance your video as per your own creative whim. Typically, videos involve lip-syncing or acting out comedy sketches, but the only limitation is the imagination of the individual users.

Don’t Miss: How Much Is Google Worth?

One of the key features of the app is the ability to collaborate with other users. For example, you can respond to another user’s video and create a split screen where you are both performing to the same song. These types of interactive collaborations can then feed on themselves, with endless additional responses or reactions becoming available.

This type of social media interaction might be puzzling to older generations, which is part of the reason why the current age of the average TikTok user stands at 16-24 years old, according to consumer research firm GlobalWebIndex. That said, the average age has grown higher as TikTok penetrates further into the social mediascape.

TikTok is a free app that doesn’t make money from user videos, and it doesn’t offer advertising. Yet revenues are starting to tumble in for the app nonetheless, as TikTok does charge users for in-app purchases. Content creators can generate revenue by earning gifts of virtual currency from other users. In February 2019 alone, TikTok users spent about $5.5 million, a jump of about 243% from the estimated $1.6 million spent by users in February 2018, according to Sensor Tower. As of November 2019, total worldwide user spend in the app has reached $175 million.

ByteDance reported overall revenue of $7 billion to $8.4 billion from all of its operations for the first half of 2019, posting a profitable month in June 2019.

How Does the Future Look for TikTok?

According to Sensor Tower, TikTok logged over 1.5 billion total downloads as of November 2019, making it the third-most downloaded nongaming app in the world for 2019. Thus far, India has been the prime driver in TikTok’s download success, with an astonishing 31% of all unique installs coming from this country. China ranks No. 2, representing 11.5% of installs, and the U.S. — with 8% of installs — ranks No. 3.

Not surprisingly, TikTok’s revenue is on the rise as well. In-app revenue has risen every month since February 2019, reaching $18.2 million in October 2019. TikTok has also begun testing the use of ads in its app, as parent company ByteDance already uses them with its other platforms, Toutiao and Douyin.

TikTok still has a long way to go before it competes with the $1 trillion valuation of Apple. But the bottom line is that user penetration and in-app revenue are both showing strong, consistent gains, pointing the way to a bright short-term future for TikTok.

Should I Invest In TikTok?

An important thing to understand before you consider investing in TikTok is that it’s not a publicly traded company. Unlike so many of its “unicorn” brethren that have commanded multimillion-dollar valuations and then had a splashy initial public offering, you won’t find TikTok traded on stock exchanges like the New York Stock Exchange. At this point, because TikTok remains a private company, you’d have to find a way to convince management to accept your investment, which isn’t likely for most individuals.

There could be good news around the corner for those looking to overcome this hurdle. ByteDance, the Chinese company that owns TikTok, is indeed eyeing the public markets for a possible IPO. According to the latest market rumors, ByteDance is considering listing its shares in Hong Kong as soon as the first quarter of 2020. But Reuters quotes the company as stating that a Hong Kong IPO will not happen in the first quarter of 2020, so investors might have to continue waiting to buy the shares publicly.

Of course, before you try overcoming these hurdles, you’ll want to determine if investing in TikTok would even make sense for you as an individual investor. The bottom line is that any investment in TikTok at this time would be considered very speculative. Unlike companies like Disney or Walmart, TikTok is far from a blue chip stock. Additionally, as a private company, TikTok isn’t subject to the same disclosures as a public company, meaning you won’t have access to quarterly earnings reports and other financial disclosures about the company. Combined with the high valuation that the company already has in the private market and the fate of similar companies that have gone before — e.g., Vine — TikTok solidly resides in the high-risk, high-reward camp at this point.

Another factor to consider is the possible security concerns raised by the U.S. government regarding usage of the app. In fact, a national security review of TikTok was launched in November 2019, as senators from both parties expressed concern over censorship and the collection of user data in the app.

Anyone still interested in investing in TikTok might want to strongly consider enlisting the help of a fiduciary financial advisor, such as a registered investment advisor or a certified financial planner. The best brokers can not only help analyze your own investment objectives and risk tolerance but might also have better access to information about what an investment in TikTok would entail. 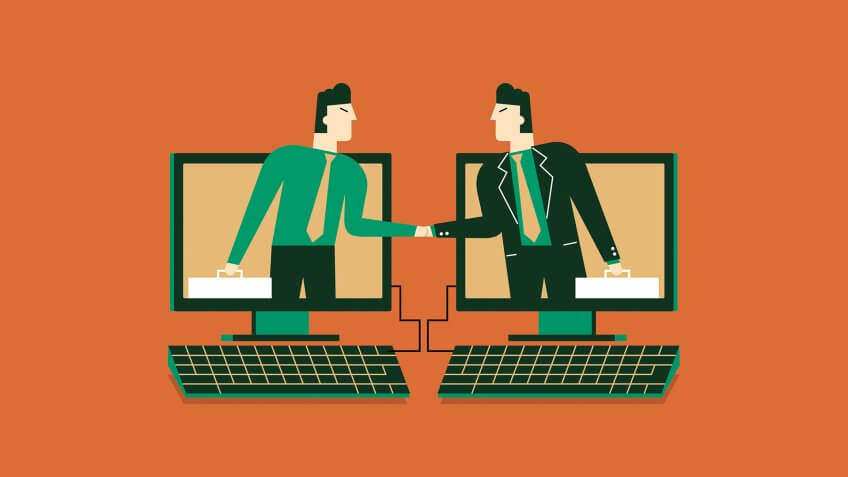 Institutional Investors and Retail Investors: What Is the Difference?

GOBankingRates > Investing > Strategy > What Exactly Is TikTok and How Much Is It Worth?