‘How to Become a Millionaire’ Google Searches Jumped 22% During COVID: Here’s How to Get There 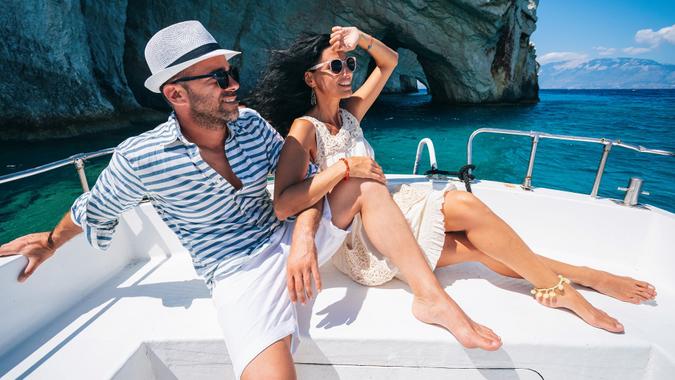 Americans’ millionaire mindset is on the rise, underscored by the fact that Google searches for “how to become a millionaire” jumped 22% during the pandemic compared to previous yearly averages, a new study found.

With more time at home and less time commuting and socializing, Americans started looking for ways to grow their bank accounts and achieve that millionaire status, the PlayUSA study said.

Becoming rich is apparently a New Year’s resolutions for many, as January is the most popular time of year for Americans to search for “how to become a millionaire,” according to the study.

The start of the year saw a high search volume per capita, which is not surprising given many Americans evaluate their bank accounts, spending habits and goals when thinking of their New Year resolutions, the study noted.

The top five cities with millionaire wannabees are Miami; Atlanta; Tampa, Fla.; Las Vegas; and Minneapolis, the study found. The five cities with the lowest searches per capita for “how to become a millionaire” include Tulsa, Okla.; Albuquerque, N.M.; Fort Worth, Texas; Columbus, Ohio; and Fresno, Calif.

In terms of states with the highest search volumes, the top five are Georgia, Florida, Mississippi, North Carolina and Virginia. At the bottom of the study’s state-by-state rankings, Vermont came in at No. 50 while South Dakota, Iowa, Wyoming, and New Hampshire followed closely behind.

The latest Credit Suisse Global Wealth Report shows a whopping 1.7 million Americans became new millionaires in 2020, according to Acorns. There are now 56.1 million people globally with assets of at least $1 million, and U.S. adults make up 39.1% of that. Overall, almost 1 in 10 Americans, 8.8%, are millionaires, Acorns reported.

See: 11 Social Security Mistakes That Can Cost You a Fortune
Find: 10 Ways to Lower Your Cost of Living Without Moving

According to Acorns, to become a millionaire, you need patience, luck, budget savvy and, perhaps, the willingness to pick up a side hustle or passive income stream.

Acorns recommended several ways to help people get there. First, make the most of tax-advantaged retirement accounts and invest about 15% of each paycheck into a 401(k), IRA or Roth IRA, including your own contributions and any your employer makes on your behalf. Then, save first, spend second. Automating savings can help you achieve that goal. Finally, Acorns recommended focusing on growing your net worth and financial assets. “Aside from saving as much as you can, key in on accumulating income from sources beyond wages, like garnering equity in real estate or investing in the stock market,” Acorns said.