When the stock market hit peak crash in 2008, I was living in rural Idaho. I had moved there as I followed my ex across the country, and I had a little trouble landing a “real” job. Luckily, I had built savings before the move, and I had a found a job at the local grocery store in the interim.

As I was cashing out my drawer one night, I walked into a lively conversation between my older co-workers who were losing their minds over bailouts and 401k losses. I was young and poor enough to have never invested before, but as people talked about pushing off retirement and losing thousands upon thousands of dollars — not to mention their homes — I decided I was glad for my lack of experience with the stock market. It appeared to be gambling your savings away, and I wanted no part of it.

Things got worse from there. More people I knew were losing their jobs. Investments weren’t recovering. It felt like we were reliving 1929, so I did the only rational thing I could think of: I withdrew my savings from my bank account. I did so $600 at a time as that was my daily limit. I knew about FDIC insurance, but I figured if the economy got bad enough, it was totally possible insurance payouts would prove to be a fallacy we had all bought into.

I had little idea of how the world worked back then. Probably needless to say, withdrawing money from your bank account like I did is not a smart thing to do. That said, the money I returned to my savings account after a while did lose value due to inflation year after year. Essentially, when I really should have been pouring money into the stock market, I sat there frozen and petrified, refusing to “gamble” my money away.

This fear stuck with me for years. I’m a millennial, and my peers graduated into the worst economy since the Great Depression. Jobs were hard to come by. When they finally were available, employers were hiring a new round of recruits straight out of college rather than the former students who had been working in the service industry for the past three to five years. I worked in positions that didn’t pay exorbitantly well, leaving me feeling like I didn’t have enough leftover to invest — even if I wanted to do something that crazy.

Related: Fear Punished My Net Worth — Don’t Let It Damage Yours

When I started self-publishing in the personal finance arena, I learned a lot. I learned that the stock market, while it does occasionally plunge, historically goes up over time. I learned about index funds and investing in the entire market rather than trying to play individual stocks. I learned that a healthier way to view a recession is as a sale on stocks, rather than a massive loss to your portfolio. And I learned that those who play the long game almost always end up on top.

So I started prioritizing my retirement savings. I’m still very much behind; the years I sat paralyzed in fear will not be forgotten, and early retirement is not on the table. But I’m making positive steps towards a better tomorrow. I’m a millennial, and I was afraid of the stock market. But I want to let other millennials know, it’s even scarier not to be in it.

Read More: The 15 Best Brokers for Your Investments 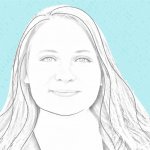 Brynne is the owner, creator and head writer of Femme Frugality—her award-nominated Women’s Finance site. She is also the author of the upcoming tome, The Feminist Financial Handbook. This woman taught herself to speak the language of money.

> Investing > Strategy > As a Millennial, I Was Terrified of the Stock Market -- How I Overcame My Fears