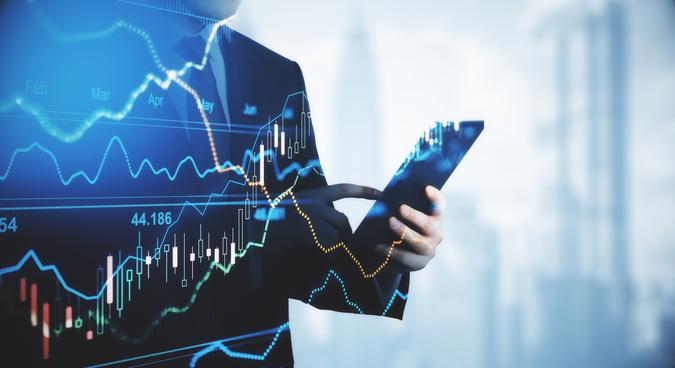 When the investment markets are volatile, many investors look for low-risk investments so they can keep more of their hard-earned money. If you’re looking to reduce your risk, read on.

What Investments Are Low-Risk?

When people talk about low-risk investments, they typically mean those investment vehicles in which you will lose none, or very little, of your investment. These investments may not earn much in terms of return, but most or all of your principal will be intact.

7 of the Best Low-Risk Investments

Here are some low-risk investments to consider right now.

A high-yield savings account at an online or brick-and-mortar bank is a safe place to put some money. Interest rates are still low, but they are on the rise. Be sure to shop around for the best rate, though. On Sept. 16, 2022, Bank of America, Member FDIC, was paying between % and % Annual Percentage Yield based on aggregate account balances. Ally Bank, which is online-only, was paying .00% APY on the same date.

A certificate of deposit, or CD, is purchased from a bank or credit union, so it is also FDIC or NCUA insured. CDs offer a fixed rate of interest for a pre-determined period of time. Typically, the interest rate is higher if the term is longer, but sometimes the difference can be quite small. With interest rates rising, it’s probably best to get a short-term CD if you’re going to go this route. You don’t want to be locked into a five-year CD paying 1% if rates are 3% a year from now.

Series I savings bonds are issued by and backed by the U.S. government. They pay interest every month. The interest rate is a combination of a fixed rate of interest plus a variable rate based on inflation, which is calculated twice a year. Until the end of October 2022, the interest rate is 9.62%. Savings bonds continue to earn interest for 30 years, although you can cash them in as early as one year from the date you purchased them. If you cash them in before five years have passed, you will pay a penalty equal to three months’ interest.

Treasury bonds, notes and bills are debt issued by the U.S. government. When you buy these, you are essentially loaning the government money, which it agrees to pay back to you with interest.

The difference between bonds, notes and bills is the term. Treasury bills are short-term securities with a term of one year or less.

The U.S. Securities and Exchange Commission describes an annuity as a contract between you and an insurance company whereby you make a lump-sum payment or a series of payments, and in return, the insurance company agrees to make periodic payments to you beginning immediately or on some future date, and continuing for a specific amount of time — 10 years, 20 years or your lifetime, for example. A fixed annuity has a specific interest rate, and the insurer must pay you at least that rate while your account grows. The period payment amount and frequency are also determined in advance.

The interest and payment amounts specified in your contract are guaranteed as long as you hold the annuity to maturity.

Fixed-rate annuities are the lowest-risk annuity type, so they generally offer the lowest returns. However, you can earn more than the minimum if the insurer’s investments perform better than expected. And if they don’t, the insurer absorbs the loss. Either way, annunities provide predictable, guaranteed income during your retirement, with next to no risk of losing the money you invest.

Just as the U.S. Treasury issues bonds to raise money, corporations also issue bonds. They’re riskier than U.S. bonds since there is always the chance that the company could go bankrupt. If it does, however, bondholders are paid before stockholders, so corporate bonds are less risky than stocks.

Corporate bonds are issued with a face value, or par value, which is the amount the company must pay back. The par value is typically $1,000, but the bond may sell for more or less than that amount.

Bonds also have a maturity, which is the amount of time before the bond comes due, and a coupon rate, which is the rate of interest the corporation will pay the bondholder during the term of the bond. Interest is paid every six months.

A bond can sell at, above or below its par value, but the investor can compare bonds by looking at the yield to maturity. This is the annual return on the bond’s face value if you hold it to maturity, and it’s calculated using a formula that takes into account the coupon rate, the face value, the price you paid and the maturity.

What Is the Safest Investment With the Highest Return?

Investing is all about risk, so the safer the investment, the lower the return. As an investor, it’s important to understand how much risk you’re willing to take. You also need to think about whether you might need access to your money.

If you absolutely do not want to lose a penny of principal under any circumstances, and you want to be able to withdraw money when you need it, look for the highest money market or savings account rate you can find.

Is There Any Investment That Is Free of Risk?

If you ask a group of people this question, some of them might say, “Cash in the bank” or “Put it in the mattress.” But even that is not entirely free of risk. You’re still exposed to inflation risk, for example, which is the risk that inflation will grow faster than the interest or other gains you earn on your investment. While you may not see your balance decline, your real purchasing power is being eroded.

The best low-risk investment for you is the one that helps you sleep at night. If you’re lying awake worrying that you’ll lose money, it’s time to move to lower risk investments.