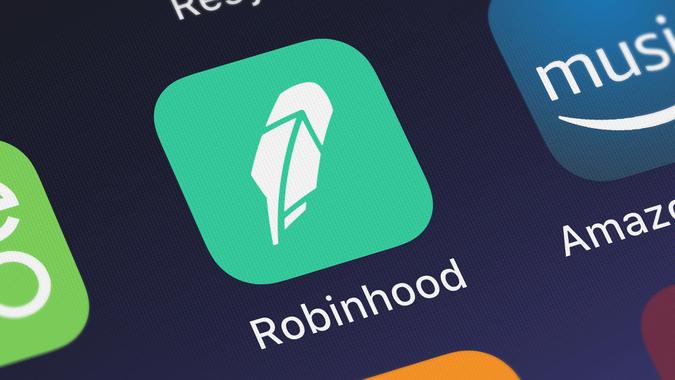 Robinhood saw its stock jump on March 16, following reports that the company was getting ready to roll out a feature enabling users to loan out their stocks to other financial institutions, a program known as fully paid securities lending.

See: Fastest Ways To Become Rich by Investing in the Stock Market
Is Your Investing Strategy Due for a Financial Checkup? 5 Ways To Get Back on Track

Bloomberg reported that this was part of a push to compete with more conventional brokerages such as  Fidelity Investments, Morgan Stanley’s E*Trade and Charles Schwab Corp., which already allow customers to earn passive income by loaning stocks they own.

In an emailed statement to GOBankingRates, a Robinhood spokesperson said, “We are still on target to release this product in the first half of 2022, which will provide even more value to our customers.”

During an investor call on January 27, CEO and co-founder Vlad Tenev said, “We have made progress on our fully-paid securities lending program. While we continue to discuss it with our regulators, we believe we’ll be able to launch the program during the first half of the year,” according to a Seeking Alpha transcript of the call.

According to Bloomberg, based on the wording in the app, Robinhood plans to tell users that passive income generated by loaning shares “isn’t guaranteed” and that income is dependent on investor demand. The shares will be “secured by cash collateral we hold on your behalf,” Robinhood says in the description.

Tips: 6 Financial Pros Share How They Would Invest $100,000
Also: Investing $1,000 a Month Could Make You a Millionaire When You Retire

In addition, the income will be paid by borrowers instead of the issuing company, and such payments are often taxed at a different rate than typical stock-selling income, Bloomberg reported. Robinhood’s stock price, down 30% year-to-date, was up 1.7% in pre-market trading on March 17.