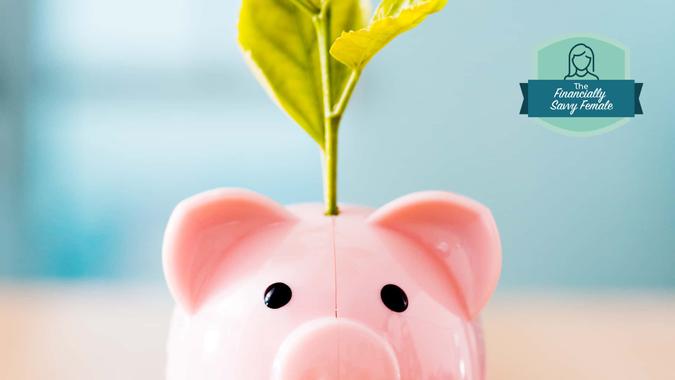 The new generation of female investors is getting a head start compared to previous generations. According to Fidelity’s 2022 Money Moves study, the next generation of women (18 to 35 years old) started investing in a brokerage account at an average age of 21, compared to age 30 for older women who started to invest during the same age frame. And this is a great thing for a number of reasons. In today’s “Financially Savvy Female” column, we’re chatting with Lorna Kapusta, head of women and customer engagement at Fidelity Investments, about the advantages of starting to invest early, the barriers that previous generations of women faced and how investing can help women achieve financial independence.

Tips: 7 Financial Habits That Improve Your Daily Life
Options: 8 Best Cryptocurrencies To Invest In for 2022

Why Women Should Start Investing Early

The new generation of women investors who are opening up brokerage accounts at age 21 is setting itself up for future success.

“That’s why we encourage everyone to start early, even if it’s just $1, because it can add up over time,” Kapusta said.

Women From Previous Generations Have Faced More Barriers to Investing

The study found that women ages 36 and older didn’t start investing until an average age of 30.

“Historically, investing has not felt accessible, and often has been made to feel more complex than it needs to be,” Kapusta said. “But with the entrance and scale of employer workplace retirement plans, new technology as well as resources that break down how to invest to achieve your goals, that’s changing.”

Kapusta notes that employers have played a large role in getting women to start investing earlier.

There’s also been an increase in accessibility and awareness.

“Workplace retirement accounts only started gaining more momentum in the early 1980s,” Kapusta said. “But even at that point, they were not widely adopted. Additionally, in the last few years, it has become increasingly easy to invest – there are now many different on-demand tools and apps that put the power of investing directly in a person’s hand. [There’s also] the cost perspective. Just a few years ago, most retail investing accounts charged a fee per trade.”

Now many retail investment platforms, including Fidelity, offer zero commission trading, zero minimum investments to get started and even zero expense ratio index funds. You can now start trading with as little as $1.

Access to resources and education has also been a factor that is helping younger women to invest.

“There are so many resources available today for women who are interested in investing,” Kapusta said. “Adequate education and resources can make a real difference in propelling a woman to take action on her finances.”

You Don’t Need a Lot of Money To Get Started

As Kapusta noted, you can now get started investing with as little as $1, and you don’t have to worry about high fees and investment minimums. And nearly half of those surveyed by Fidelity believe it’s totally OK to start small — 46% of all study respondents say any amount of money is OK to begin investing, the important thing is to start.

“When thinking about investing outside of retirement, it used to be a more common perception that you needed to have a lot of money to start. We’re encouraged this mentality is starting to shift,” Kapusta said. “Someone can invest with as little as $1 thanks to dollar-based investing, which means purchasing a fraction of a share or exchange-traded fund (ETF). Dollar-based investing makes it more affordable to start investing and more accessible for everyone.”

Young women who may not feel knowledgeable about investing or other aspects of financial planning are more willing to seek help than their male counterparts. The study found that only 29% of young women say they are intimidated to seek help with their finances, versus 37% of young men.

“In another recent Fidelity study, we uncovered a few insights that may explain why women are apt to seek help,” Kapusta said. “Sixty-five percent say they’d be more likely to invest, or invest more, if they had clear steps to do so; 70% believe they would need to learn more about picking individual stocks before they could get started; and 77% said if they had an advisor to help them invest, they’d feel more confident about their financial future.”

More than half of women (57%) said they are motivated to invest their money for financial independence — and it’s a great avenue to achieve this goal.

“Investing provides women with an opportunity to make their money work harder for them in order to help them achieve goals that allow them to be and feel more financially independent,” Kapusta said. “[Those goals can be] to start or build upon an emergency fund so that women are prepared to weather unexpected expenses that come their way, pay down debt from student loans or mortgages, or be able to retire at a certain age.”