It is critical that baby boomers save and invest for retirement. Unfortunately, the potential for many boomers to come up short in their retirement goals has been well-chronicled in the press.

Simply saving and investing is a good starting point, but doing so in the right way is equally critical. Here are seven investing mistakes that baby boomers must avoid.

1. Overlooking the Need to Take Some Risk

Once it has been determined how much risk a boomer investor can tolerate, the financial advisor typically recommends an investment or portfolio designed to deliver that amount of risk.

“The problem with this approach is that client risk tolerance is largely influenced by recent experience,” Thornton said.  For example, if clients recently experienced a strong market, they are likely to be more tolerant of investment risk.

On the other hand, if recent investment performance has been weak, clients are prone to be less tolerant of risk. “Their tolerance will change over time,” Thornton said.

Thornton said a better approach is to take a “needs based” approach to investment risk. The financial plan should reflect what is important to the client, including goals, values and priorities. Only in the context of this personal financial plan can risk “need” be determined, he said.

“Instead of exposing the client’s money and their lifestyle to [the] maximum risk they can tolerate, a better approach is to take only the amount of risk needed to establish a satisfactory level of comfort and confidence in the client’s financial plan being successful,” Thornton said.

Fortunately, he added, it is never too late to apply a needs-based approach to investment risk.

Related: How to Invest Your Money When You’re Afraid of Risk

2. Becoming Too Conservative in Asset Allocation

Many boomers make the mistake of becoming too conservative in their asset allocation, said Sterling Raskie, a financial advisor with Blankenship Financial Planning in New Berlin, Ill. They dial back on risk because they believe they cannot afford to lose money accumulated for retirement, he said.

“The potential consequences are that boomers run the risk of spending down assets very quickly if their spending and/or inflation outpace the growth of their conservative investments,” Raskie said.

For example, retired clients who spend 4 percent of their nest egg annually but only earn 2 percent on the remaining investments run the risk of “depleting their portfolio much more rapidly,” Raskie said.

Raskie said one way to avoid this situation is to increase the stock allocation in a portfolio. However, before doing this, it is important for investors to understand the additional volatility they are taking on in exchange for potentially higher returns, Raskie said.

If you are a boomer who cannot stomach such volatility, consider annuitizing a portion of your wealth, he added. Doing so allows you to purchase “insurance that hedges longevity and portfolio failure,” Raskie said.

3. Ignoring the Impact of Inflation

In recent years, inflation has been quite low, especially by historical standards. However, the impact of inflation upon retirees can be devastating. For example:

For 2016, there was no cost-of-living increase for Social Security, even though inflation rates for seniors might be higher than for the rest of the population. The 2015 annual study by Fidelity Investments on retiree medical costs illustrates this last point. The study found that a couple aged 65 and retiring in 2015 could expect to spend $245,000 on health care costs during retirement, up from $220,000 in the 2014 study.

In speaking with folks about their investments as they near retirement, I have continued to stress the need to take enough investment risk to counter the impact of inflation over their retirement years.

I tell anyone who will listen that as long as they have a reasonable asset allocation for their age, their biggest retirement risk comes not from losing money on their investments, but from the potential impact of inflation.

Buy and hold investing has been promoted for the past few decades as one of the best ways to invest, said financial advisor Kirk Chisholm, wealth manager and principal at Innovative Advisory Group in Lexington, Mass.

“That means you would have lost 13 years of time with no growth in your investment,” he said. “If you were relying on that continued growth to retire on time, then you might have to lower your retirement expectations.”

Once you are actually in retirement, a stock market downturn becomes even more potentially dangerous. One simple way to reduce the risk of a market decline is to reduce your equity exposure in favor of less risky investments.

“If you are close to retirement, this is not the time to be greedy,” Chisholm said. “Don’t expect that you can make up for lost time or money. Baby boomers should be reducing portfolio risk and trying to keep what they have, rather than making up for lost time that they don’t have.”

Financial expert and co-founder of RoboAdvisorPros.com Barbara Friedberg said the worst investing mistake baby boomers can make is letting fear drive investment decisions. “Boomers have watched the market ups and downs, and many get spooked by the downs,” she said.

She noted that even if you are 50 or 60, you might have 20 to 30 years of life remaining. Keep a decent percentage — at least 50 percent or even 60 percent — of your investments in stock index funds such as an S&P 500 index fund, she said.

“That way, you’ll experience the growth in your nest egg over the upcoming decades,” she said. “Just don’t put money into stock investments that you need for next year’s vacation. That money should stay in cash.”

Back in the days when our parents or grandparents retired, things were different. Life expectancy was shorter, and many people had a pension from their employer.

Today, pensions — especially from private-sector employers — are fast becoming a thing of the past. We are increasingly responsible for saving and investing for our own retirement.

The new realities — which also includes longer life expectancy — need to be factored into every baby boomer’s investment strategy. The risk reflected in the boomer’s asset allocation strategy should reflect the potential for a long retirement — one that is perhaps as long as the boomer’s working career.

7. Not Having a Retirement Income Plan in Place

Working baby boomers are constantly reminded of the need to accumulate a sufficient retirement nest egg. But what happens when they finally reach retirement?

A key component of a successful retirement is having a withdrawal strategy in place to fund your lifestyle. Most baby boomers will receive Social Security, and some will have a pension or other income streams.

Any gap left between your fixed retirement income stream and the amount needed to fund your lifestyle needs to be made up from investments in IRA accounts, 401k plans, taxable investments and elsewhere.

Your investment strategy must take these income needs into account. It might be a good idea to have a portion of your nest egg in cash. That way, you can make withdrawals from the cash instead of having to sell investments in a down market.

Most baby boomers know that saving and investing for retirement is their own responsibility in today’s environment. Avoiding mistakes like the ones outlined above is critical to long-term investment success. 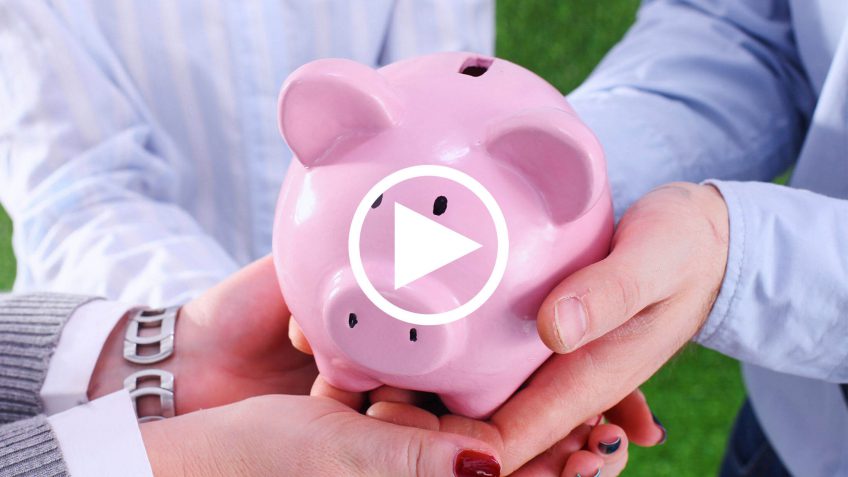 Find out the best ways to grow your inheritance.