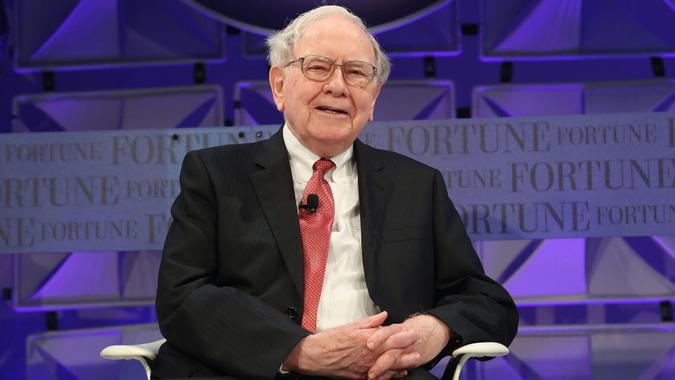 Warren Buffett’s Berkshire Hathaway held its annual shareholder meeting — aka “the Woodstock for capitalists” — on April 30, and reported a decline in first quarter earnings.

The Oracle of Omaha is not immune to what has been affecting the broader U.S. economy, as shown in the earnings, which decreased to $5.46 billion compared with the $11.71 billion in the first quarter of 2021, according to the financial filings.

See: 22 Side Gigs That Can Make You Richer Than a Full-Time Job
Find: How To Get Rich With a Normal Job

That was down 53% from the first quarter of 2021 and also lower than the $6 billion that analysts had expected the company would earn in the quarter, according to the New York Times.

The filings also show that Buffett increased his stake in Chevron to $26 billion, which is now part of his top four largest holdings. Approximately 66% of the aggregate fair value was concentrated in four companies including Chevron: American Express Company, $28.4 billion; Apple, $159.1 billion and Bank of America Corporation, $42.6 billion, according to the filings.

Cathy Seifert, VP at CFRA Research, told GOBankingRates that while overall results were generally in line with her forecasts, energy revenue growth of less than 1% “looked tepid and insurance claim trends appear to be worse than we expected, with loss and loss adjustment expenses up 21.6%.”

She added that while these results are disappointing, they are not surprising given macro conditions.

“The first quarter results at Berkshire reflect the impact broader macro and geopolitical issues have on Berkshire’s businesses, as the firm is really sort of a microcosm of the broader economy, possessing both challenges and opportunities,” Seifert said.

CFRA Research is maintaining a “hold” opinion on Berkshire.

As GOBankingRates previously reported, Berkshire made a series of purchases in the last few months, finally deploying some of its massive cash reserves. With the flurry of purchases, the filings show that Berkshire’s cash pile decreased to $102.7 billion for the quarter, which included $74.1 billion in U.S. Treasury Bills, compared to the $149 billion in cash it sat on in January.

The purchases include a $4.2 billion stake in HP in April; the acquisition in March of “mini Berkshire” insurer Alleghany Corp. for $11.6 billion on March 21, and a large stake in Activision. As of the end of 2021, Berkshire owned 14.66 million shares  of Activision, valued at $975 million, according to the 13F filing.

The Activision stake was made just before Microsoft announced the acquisition plans in January, for $95 per share, in an all-cash transaction valued at $68.7 billion, inclusive of Activision Blizzard’s net cash.

The Street reports that Buffett said at the meeting he had increased his stake in Activision to 9.5%, from its initial 2% stake. Activision shares were up 2.15% in pre-market trading on May 2.