When it’s time for a new vehicle, you have many options: You can buy new, buy used or lease. Leasing a car has some definite pros. It offers you the chance to drive the latest models for less than the cost of buying the car outright. You also get to drive a new car every few years, and you won’t have to worry about any major repairs.

But that’s if you do everything right. Do things wrong and the benefits of leasing a car can fade faster than a $100 paint job. To get the lowdown on the biggest car leasing mistakes you want to avoid, GOBankingRates spoke with Matt DeLorenzo, managing editor of Kelley Blue Book’s KBB.com. Read on to make sure you get the best deal on your next lease.

Related: 10 Huge Mistakes to Avoid When Financing a Car

1. Not Negotiating the Price

When leasing a car, people often forget to negotiate the cost of the vehicle, also called the capitalized cost. Instead, they focus on reducing monthly payments or lease terms. That is a mistake that can cost you thousands of dollars.

Some leases subsidized by the manufacturer have specific terms, said DeLorenzo, but most leases are completely negotiable. Just as you would if you were buying a car, do research on Kelley Blue Book, Edmunds or another website to determine a fair price for the car. Then, use your research as a platform for negotiating with dealerships.

You can research and negotiate the predetermined worth of the vehicle at the end of the lease term. This is also called the residual value. Again, research the car and its value before showing up to the dealership. Your research will go a long way in protecting you at the end of your lease, and help you lower your monthly payments.

“You can negotiate on lease terms, length, down payment,” said DeLorenzo, “and also if you have a trade-in, which will materially affect the price you pay.”

Most leases will have a per-year mileage cap of 12,000 miles, which can tick by pretty quickly. Some leases have a cap of 15,000 miles, which will result in slightly higher monthly payments or upfront costs, said DeLorenzo. But if you think you may exceed the cap in your car lease, you probably will, and paying for the miles up front will be less expensive than paying for them when you turn the car in.

Now, here’s the kicker. Believe it or not, most dealers will refund you for any unused miles if you pay for extra miles up front. And remember, you cannot decide to buy extra miles after your lease begins. So the time to be realistic is before you sign your lease, not after.

Related: How to Avoid Being the Victim of Auto Loan Rip-Offs

3. Not Having Gap Insurance

As you might know, the minute you drive a car off the lot, whether you bought it or are leasing it, its value begins to drop. In fact, said DeLorenzo, much of a car’s depreciation comes in the first two years.

“If the car is totaled, not just in an accident, but say a tree falls on it, you could be liable for the difference between what the insurance company says it’s worth and what the lessor values the car at,” said DeLorenzo. Depending on the car, that could cost you thousands of dollars.

This is where gap insurance comes in. If you have it, the insurance company pays for the difference. If not, you pay out of pocket. “Gap insurance is one way to minimize your out-of-pocket expenses in case you have to replace your car,” said DeLorenzo.

4. Not Maintaining Your Leased Car

You might be tempted to skip routine maintenance and neglect minor dents and dings because you plan to walk away from your leased car at the end of your term. But that can be a big mistake.

“It is doubly important to maintain your car to factory specs because in the lease language there is a clause that goes along with excess mileage and refers to excess wear and tear,” said DeLorenzo, “Usually, there is a post-lease inspection … some lessors may look at excess wear and tear as a way to extract more money from you at lease end.”

DeLorenzo strongly advised keeping your car maintained and fixing even small scratches and dings as a way to protect yourself against big charges when you turn your car in.

5. Signing Up for a Long Car Lease

One of the benefits of leasing a car is that you have the option of turning it in before it develops common problems that come with age, like failing brakes, balding tires and other issues. That’s why typical leases are in the two- to three-year range, said DeLorenzo. A huge benefit to you is that most cars have bumper-to-bumper warranties that run for three years or 36,000 miles.

But if you take out a four- or five-year lease, you’re risking “owning” the problems of the car without the benefit of owning the car itself. You could get an extended warranty of course, but that will cost extra. That’s why DeLorenzo advised against long leases.

“If you’re going to lease a car for five years or more, you might as well buy it. The payments won’t be that much higher, and you will have the benefit of owning the car once the loan is paid off,” he said. Long leases just don’t have enough of an upside for all the potential down sides. Keep your lease short.

Related: Why a Sign-and-Drive Lease Is Never a Free Ride

6. Not Getting Enough for Your Trade-In

If you’re moving from a car you own to a lease, then you can trade-in. And just like buying a car, it’s important to bargain hard for the trade-in value of your old car. It could make a significant difference in your payments.

“Check the value of your trade-in on sites like KBB.com. Once you have a value, you can determine whether or not you’re getting a good deal,” DeLorenzo said. “It might be a good idea to try to sell the car on your own and get into a lease with a low or no down payment.” And if you own your car and trade it in for the lease, it should affect the monthly payments or reduce or eliminate the upfront costs.

To avoid any running around, DeLorenzo offered a final piece of advice: “It’s always best to negotiate a deal, and then introduce the idea of a trade-in to see how the terms change as a result.” Remember, your trade-in should work just like cash.

7. Not Reading the Fine Print

Reading the fine print is vital, no matter how tedious the task might be. “This is so important, especially when it comes to lease termination. Oftentimes there are early termination fees if you try to get out of the lease early. And pay attention to the upfront payment, the residual value and how they relate to the monthly payment,” said DeLorenzo.

Most leases are closed-end, meaning you simply turn the vehicle in at the end of the lease. Sometimes you have the option to buy the car for the predetermined residual value. DeLorenzo said that could be a good deal, if you’ve put low miles and low wear and tear on the car.

But if your lease is open-end, be sure it will work for you. It might have lower payments, but you run the risk of owing money if the value of the car is determined to be below the residual value at the end of the lease, said DeLorenzo. “Again, pay attention to mileage caps and excess wear and tear fees that may be imposed at lease end.”

That information is all going to be in the fine print. So get out your magnifying glass and take on a small headache now to avoid an even bigger one later on.

Keep Reading: The Real Difference Between Leasing Versus Buying a Car 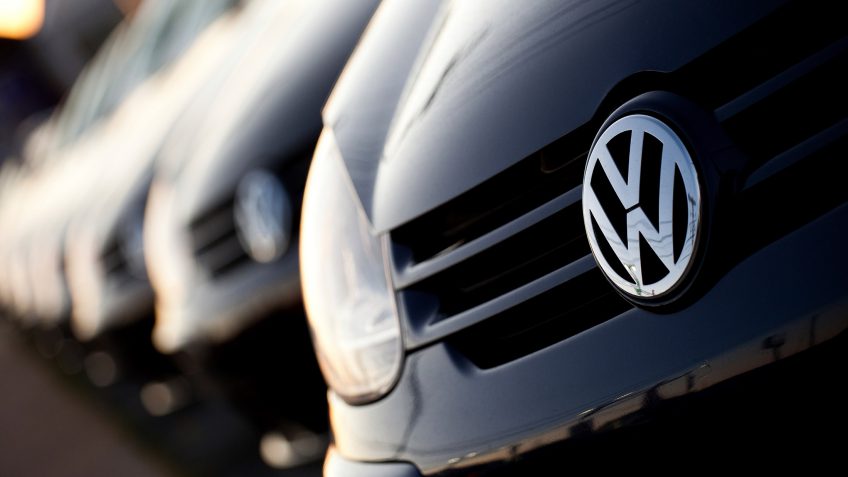