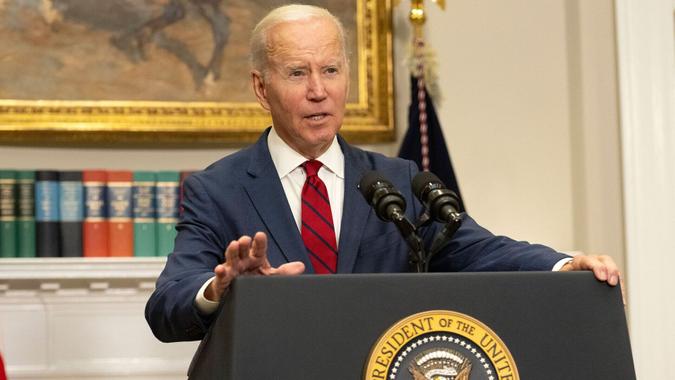 Since Biden’s sweeping student loan forgiveness program was first announced on Aug. 24, many have felt relief from the plan’s measures to waive up to $10,000 of debt ($20,000 for Pell Grant beneficiaries) and delay repayments until 2023. However, not everyone supports the agenda.

See: Stimulus Payments Coming to These States in September 2022
Find: Student Loan Forgiveness: Mark These 4 Dates On Your Calendar Now

Many Republicans in Congress have voiced their concerns about how the relief will be paid for — and have questioned the fairness of the plan as concerns the many Americans that have paid off (or never had) student loans but are struggling with other debt.

Now, there’s a new concern being raised by GOP members in the House, who fear the Biden administration’s student loan forgiveness plan will hurt military recruitment. According to The Hill, some Republicans feel the new program will make the longstanding GI Bill seem less valuable.

Per Military.com, the post-9/11 GI Bill in particular offers nearly a full ride for active military and veterans in terms of attaining their higher education goals. The website states the GI Bill satisfies “anything education-related” including all tuition, fees, housing needs and books. The website also adds another benefit in that the offer can be extended to family members, too.

In a letter to the White House penned by Representative Pat Fallon (R-Texas) and co-signed by 19 House Republicans, the lawmakers express worry that this new dynamic will make military recruiting — already at an all-time low — more difficult.

The Hill reports that the Army will likely not achieve target numbers for recruitment this year — and that the other branches of the Air Force, Navy and Marine Corps may do so, but by a small margin. It’s said the United States Armed Forces have been battling against a healthy job market and competition with private jobs as well as a declining number of young Americans wanting to serve.

“By forgiving such a wide swath of loans for borrowers, you are removing any leverage the Department of Defense maintained as one of the fastest and easiest ways to pay for higher education,” the letter reads, according to The Hill.

Fallon and fellow signatories have requested the White House look into the effect of student loan forgiveness on military efforts and come up with “incentives to augment the loss of those who might join the military to help pay off student loans.”

Zelle Facebook Marketplace Scam: How To Recognize and Avoid This Scam
More: How Much Does a Person on Social Security Make?

However, under the Biden administration’s current plan provisions, the relief payments as of now constitute a one-time offer — and are not applicable towards new loans for incoming students. As well, though $10,000 seems significant, most people carry at least $25,000 in student loan debt when they graduate, according to the White House. Supporters of Biden’s plan may argue that the GI Bill’s benefits are still far more lucrative to those seeking higher education, but yet need help defraying the costs associated with post-secondary education.