The first few months of 2015 are behind us and many consumers are wondering if an interest rate hike is in the near future, especially in regard to mortgage rate trends.

Real estate activity during last few months of 2014 was slower than expected — both seller and buyer activity was weak. Rising home prices decreased inventory, and going into January 2015 there were 9 percent fewer homes on the market than the year before, according to Realtor.com. But it’s typical for markets to reset after the slower holiday months, and as the weather heats up, hopefully so will the housing market. This spring could see a spike in activity, including changes to current mortgage rates.

If you’re wondering what mortgage rate trends to expect this month, here’s what you need to know.

See the 10 best and worst states for mortgage rates here >>>

You might remember that many experts predicted an increase in long-term interest rates after the Federal Reserve announced an end to its quantitative easing program in October 2014. Still, the end of the bond-buying program did not have the predicted effect on mortgage rates. In fact, the average 30-year rate fell 43 basis points (0.43%) at the end of 2014 from where it was at the beginning of the year, when the stimulus program was still in full swing, according to the Home Buying Institute. This caused many experts to lower their mortgage rate predictions for 2015 to reflect a more gradual increase.

After declining interest rates in January 2015, Freddie Mac lowered its projections for first-quarter growth from 3% to 2.5%. A February Freddie Mac mortgage report shows a 30-year fixed loan averaging 3.76% — a slight increase from the previous week’s average of 3.69%, but lower than the same time period a year before, when a 30-year fixed mortgage averaged 4.33%.

“Despite the fact the yield curve has flattened, we remain optimistic about the course of the domestic U.S. economy over the next year,” Leonard Kiefer, deputy chief economist at Freddie Mac, wrote in a February report. “We also do not foresee a major turnaround in the global growth picture and therefore recent trends in foreign buying activity should continue. That means continued downward pressure on long-term interest rates here in the U.S. Even if the Federal Reserve begins raising short-term rates later this year, don’t expect to see long-term rates — including mortgage rates — increase much.”

According to Kiefer, however, “this is great news for housing markets, especially headed into the spring home buying season. Lower rates help to offset some of the recent increases in house prices and keep homebuyer affordability high.”

Read: 7 Mistakes to Avoid When Shopping for a New Home

The Federal Reserve is still expected to raise rates, but long-term interest rates will increase at a slower pace than the Federal funds target and short-term rates. That said, the unexpected dip in January of 2015 could mean the increase will be smaller than previously predicted.

Many industry experts are also adjusting their forecasting to reflect this change in mortgage rate trends. “Due to declining interest rates in January, we have lowered the projected path for most interest rates,” Kiefer said. The Mortgage Bankers Associated also said it expects the Fed to push its first increase in the federal funds rate until mid-2015.

But though mortgage rates remain at historic lows and the economy is growing at a modest pace, that hasn’t necessarily translated into more sales. Inventory is still low in major markets, which is propping up sales prices. A well-qualified borrower should not have a problem securing a mortgage loan at a below-average rate — it’ll just be a matter of finding a house to go along with the loan. 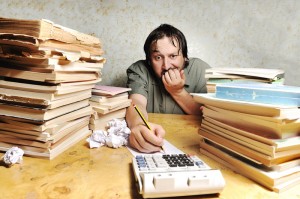 Why Homeowners Are Paying Off Their Mortgages Before Student Loans