At some point, many older homeowners think about reducing their mortgage loans or living costs by downsizing their homes. Maybe they’re empty nesters with kids off to college or starting their own families, and a big house is simply too much to keep up. Perhaps retirement savings are still behind due to the financial crisis, and swapping a three bedroom house for a one bedroom condo would provide the extra funds needed to catch up.

Regardless of the reason, the prevailing assumption is that downsizing your home means reducing your overall cost of living. However, while this is sometimes the case, empty nesters and retirees who are considering a move should first do the math — they may find that in their situation, there are no savings to be had. In fact, they could end up paying more.

How Downsizing Your Home Aids in Saving Money

In 2007, Frank Risalvato and his wife sold their three-story, 4,100 square foot home on one acre of land in New Jersey and moved into a two-story, 3,300 square foot property in Charlotte, North Carolina. Aside from being closers to a better selection of universities for their college-aged children (and a whole lot more sunshine), the Risalvatos also gained major savings, including $9,400 in annual property taxes and $3,100 in heating/cooling costs each year.

In fact, according to a recent survey by the Demand Institute, more than 40 percent of Americans ages 50 to 64 plan to move within the next five years. Many of these older Americans will opt for a smaller place with the goal of saving money — and it’s no wonder, as there are numerous potential financial benefits to downsizing.

Smaller mortgage loan: A smaller home is usually a less expensive home, which means homeowners can cut the cost of financing by downsizing their digs — or eliminate mortgage payments completely.

Less maintenance: It’s also less work; fewer rooms and a smaller yard mean you don’t have to hire help to assist with upkeep.

Fuel savings: Some retirees move to neighborhoods with better “walkability,” allowing them to drive less and save on gas and car maintenance.

…And Why It Often Doesn’t

It all works out wonderfully — in theory. However, in practice, many downsizers discover there are a host of expenses to deal with after moving that they hadn’t considered. In fact, CPA Sally Herigstad says that unless you can cut total expenses by 25 percent or more, “Don’t bother.”

She explains, “By the time you factor in selling costs, including commissions, moving expenses, and the costs of buying or renting a new home and buying furniture to go with it, you won’t be ahead. If you realize less from the sale of your old home, you might even be farther behind.”

Important Costs to Consider Before Downsizing Your Home

Drop in home value: If your local housing market was hit hard by the mortgage crisis, your home could be worth significantly less today than when you purchased it. Though you can sell and use the proceeds to buy a cheaper house, resulting in thousands of dollars left over to spend as you wish, those savings are largely offset by the loss you’d take on the original purchase.

Fees and commission: Selling your home and buying a new one also means hiring a realtor and paying them for their services.

Mortgage loan closing costs: Additionally, though you may cut the cost of your mortgage by swapping into a cheaper home and refinancing, there are various closing costs and fees associated with securing new mortgage terms that may cancel out those savings. 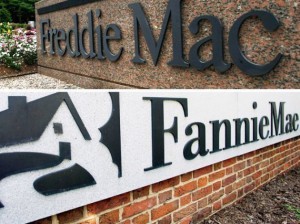 Q&A: Is My Mortgage Owned by Fannie Mae or Freddie Mac?