How Much More Should You Increase Your Home Budget for Higher Interest Rates? 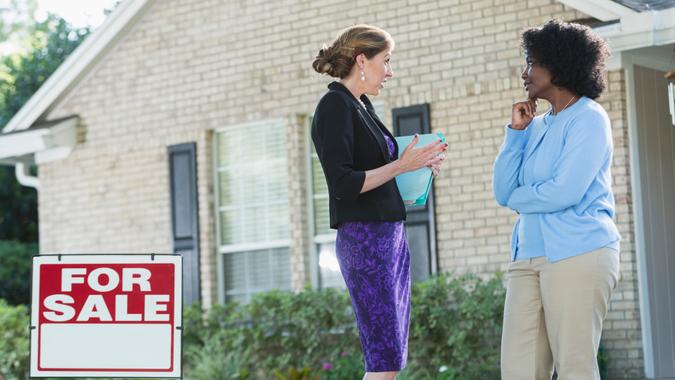 If you’re shopping for a home right now, you’re no doubt aware of two dynamics happening at the same time: Record-high home prices, and rapidly increasing interest rates. If you began your house hunt a few months ago with one budget in mind, you probably need to toss that old budget out and make a new one based on rising purchase and borrowing costs.

See: In Less Than a Decade, You Won’t Be Able To Afford a Home in These Cities
Find: 9 Bills You Should Never Put on Autopay

So if you began house hunting at the beginning of the year and are still looking for the perfect home, your budget might already have increased by around $20,000 on the purchase price and $500 on the monthly mortgage payment.

About the only positive trend is that home price increases might finally be softening. The most recent S&P CoreLogic Case-Shiller U.S. National Home Price Index, released on June 28, reported a 20.4% year-over-year gain in April 2022, which was down from a 20.6% increase the previous month.

“April 2022 showed initial (although inconsistent) signs of a deceleration in the growth rate of U.S. home prices,” Craig J. Lazzara, managing director at S&P DJI, said in a statement.

When developing a home budget, many of the old rules still apply even as costs go up. As CNBC noted, a general rule of thumb is that your housing costs should equal about 30% of your income. This should cover the mortgage payment as well as property taxes, homeowners insurance and maintenance. You can probably kick that percentage higher if you don’t have children, or move it lower if you have other burdensome debt such as student loans.

You can also give yourself a little more breathing room by working with lenders to secure the best possible mortgage rate. This partly depends on your credit score. If your score is 740 or above, you can probably get the best advertised rates.