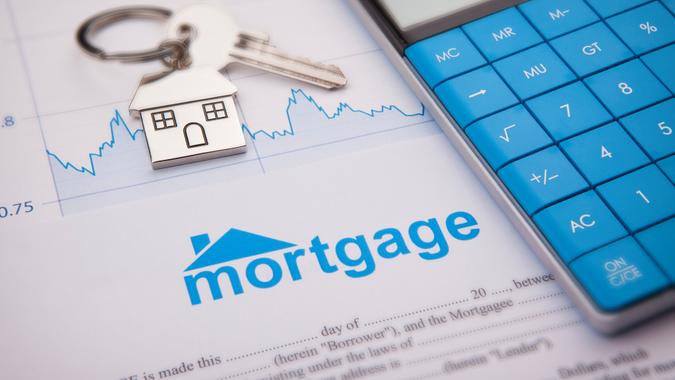 For the week ending Feb. 11, mortgage applications decreased 5.4% from one week earlier, according to data from the Mortgage Bankers Association’s (MBA) Weekly Mortgage Applications Survey for the week. In addition, the average purchase loan size was a record $453,000.

See: Best Places To Invest In Property in 2022, According to Real Estate Experts
Find: How To Find Small Home Loans Under $50K

“Mortgage rates increased across the board last week following the recent rise in Treasury yields, which have moved higher due to unrelenting inflationary pressures and increased market expectations of more aggressive policy moves by the Federal Reserve,” Joel Kan, MBA’s Associate Vice President of Economic and Industry Forecasting, shared in the press release. “The 30-year fixed rate saw the largest single-week increase since March 2020 and was above the 4 percent mark for the first time since 2019. Consistent with this period of higher mortgage rates, refinance applications fell 9 percent last week and stood at around half of last year’s pace. The refinance share of applications was also at its lowest level since July 2019.”

Home prices have been climbing steadily as demand continues to outstrip the supply of houses for sale, and while the increase had moderated at the end of last summer, they are now widening again. Prices were up 18% year over year across the country for the fourth quarter of 2021, according to CoreLogic, but gains should level out to a 3.5% annual increase by the end of 2022.

“Purchase applications saw a modest decline over the week, with government purchase applications accounting for most of the decrease. Prospective buyers still face elevated sales prices in addition to higher mortgage rates. The heavier mix of conventional applications again contributed to another record average loan size at $453,000,” Kan noted in the release.

See: These 4 Red Flags Could Prevent You From Getting the Best Offer on Your Home
Find: 30 Ways To Upgrade Your Home Without Blowing Your Budget