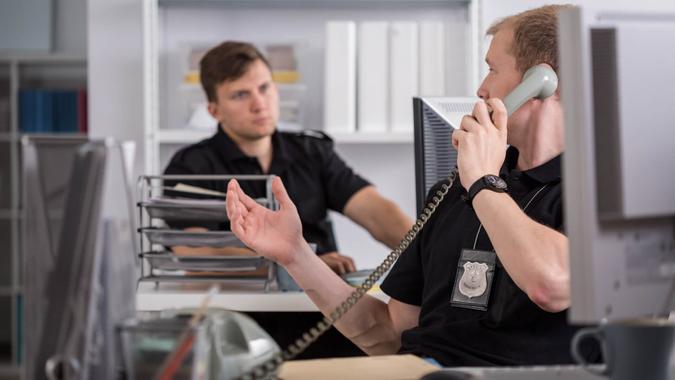 About 100,000 student loan borrowers have been identified by the U.S. Department of Education as being eligible for debt cancellation under the Public Service Loan Forgiveness program, the Biden administration announced on Wednesday.

See: Most Student Loan Borrowers Are Not Ready To Restart Payments May 1
Find: When Is It Time To Talk To a Financial Advisor About Student Loans?

The cancellations add up to about $6.2 billion in federal student debt relief, CNN reported. Eligible borrowers are being notified on a rolling basis, so not all have been contacted yet. Education Department officials couldn’t provide a date for when all eligible borrowers will be notified.

The Public Service Loan Forgiveness program, or PSLF, aims to wipe out any remaining federal student loan debt after eligible public service workers make 10 years of monthly “qualifying payments.” The program, established in 2007, is available to borrowers who work full-time for nonprofit or public organizations, but it has faced criticism for not reaching enough eligible borrowers.

A very small percentage of people who applied to the program actually received loan forgiveness before 2021. That’s mainly because the original PSLF rules governing “qualifying payments” were complex and poorly communicated to borrowers, Forbes reported. This resulted in very low approval rates and widespread frustration.

Wednesday’s announcement reflects a wider effort by the Biden administration to expand relief under the PSLF program. In October, the administration unveiled the temporary “Limited PSLF Waiver” program. Under this program, the Education Department will temporarily count past periods of repayment that otherwise would have been rejected under the original PSLF rules — including payments made on non-Direct federal loans and payments that were made under non-qualifying repayment plans.

Thanks to the waiver, it no longer matters what type of federal student loan a borrower has or what kind of repayment plan they are enrolled in. All payments will be eligible for the PSLF program if the borrower worked full time for a qualifying employer.

“Our nation’s public service workers must be able to rely on the promise of Public Service Loan Forgiveness,” U.S. Secretary of Education Miguel Cardona said in a statement. “The Biden-Harris administration is delivering on that promise by helping more and more eligible borrowers get their loan balances forgiven. The PSLF announcement made today means more of our dedicated teachers, nurses, first responders, servicemembers, and many other public service workers will get meaningful relief.”

Meanwhile, federal student loan payments are scheduled to resume on May 1 after being paused since March 2020 as part of the government’s effort to help Americans deal with financial fallout from the COVID-19 pandemic. But as GOBankingRates reported, White House Chief of Staff Ron Klain last week said the Biden administration is considering extending the pause beyond May 1, though nothing official has yet been decided.