Refinancing refers to replacing existing debt with a new debt obligation structured under different terms. The most common consumer refinancing is for a home mortgage. As home prices have continued to fall, many homeowners have turned to mortgage refinancing to receive more favorable rates on their loans.

Refinancing can take time depending on the amount of borrowers attempting to refinance as well as the paperwork including tax returns, verification of income levels and underwriting. As of late, a technique known as rapid refinancing has begun to appeal to borrowers because of the fast turnaround time associated with this kind of refinancing.

Most rapid refinances can occur in approximately ten days time versus the normal refinancing process, which can take about one month to six weeks. A rapid refinancing enables the borrower to access proceeds or equity much faster.

However, on a corporate level, rapid refinancing was provided from 2002 to 2006 by the United States government to rural broadband companies suffering financially. This program refinanced outstanding obligations on previously awarded telecommunications loans, provided that the use of proceeds would further the construction, improvement or acquisition of facilities and equipment for the provision of broadband service in eligible rural communities.

Rapid refinancing programs often tout the fact that there is much less paperwork, less or no closing costs or escrow requirements, a faster approval process and 15-year terms. By streamlining the loan process, banks, credit unions and online lenders have been able to significantly speed up the closing process and reduce the documentation required to get the loan closed.

Rapid refinancing is not for every person. Someone who plans to own their home short-term or before the mortgage is paid off should probably stay away from rapid refinancing as the fees and long term costs can outweigh the benefits. Chances are unless you are a serial rapid refinancer, your credit will not be negatively impacted, but you should check your FICO credit score after a rapid refinance just to make sure. However, consulting with a competent mortgage loan broker is always a smart move before considering a refinancing. 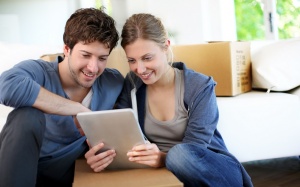 The Dangers of Refinancing Your Mortgage Too Soon

Here's what you need to know before you refinance your home.