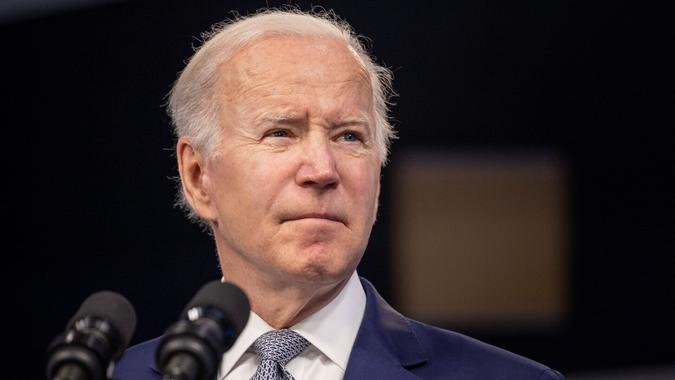 The Biden administration said it will cancel the federal student loan debts of about 200,000 borrowers who claimed to be defrauded by their schools. The announcement followed a class-action lawsuit settlement filed in federal court on Wednesday.

The settlement could wipe out more than $6 billion of student loan debt, Politico reported. It might also mark the end of a long-running lawsuit that challenged how the U.S. Department of Education handled its “borrower defense” law, which entitles federal loan borrowers to debt relief when their colleges mislead or otherwise defraud them.

The lawsuit accused the Trump administration and then the Biden administration of spending years illegally delaying action on applications borrowers filed with the Education Department seeking debt relief.

The proposed agreement still needs to be approved by a judge. When that happens, the Biden administration would forgive the student loan debts of around 200,000 borrowers who have already filed a claim against one of 50 mostly for-profit colleges. These borrowers would also be refunded payments they already made under the agreement.

The proposed settlement represents a “momentous” step in the battle to help borrowers fight back against fraud, according to Eileen Connor, director of Harvard Law School’s Project on Predatory Student Lending, which brought the lawsuit.

“It will not only help secure billions of dollars in debt cancellation for defrauded students, but charts a borrower defense process that is fair, just, and efficient for future borrowers,” Connor said in a statement.

Education Secretary Miguel Cardona also applauded the settlement, saying in a statement that it will “deliver billions of dollars of automatic relief to approximately 200,000 borrowers and that we believe will resolve plaintiffs’ claims in a manner that is fair and equitable for all parties.”

The agreement also aims to eliminate the large backlog of borrower defense claims. As Politico noted, the full loan discharges for about 200,000 borrowers will wipe out roughly three-quarters of the pending claims. The remaining claims, which involve about 68,000 borrowers, must be decided individually by the Education Department.

As part of the deal, the Biden administration agreed to resolve the remaining claims within six to 30 months, depending on how long an application has been pending.

The agreement comes as President Biden is weighing a broader plan to forgive all or part of federal student loan debt for millions of borrowers. Although an official announcement might not come until July or August, the White House reportedly is leaning toward a cancellation plan of $10,000 per borrower, CNBC reported this week.

Some lawmakers, including Schumer, want Biden to increase the forgiveness amount to $50,000 per borrower. But they’ll have a hard time convincing others to go along, including Republicans who fiercely oppose any form of federal student loan forgiveness.