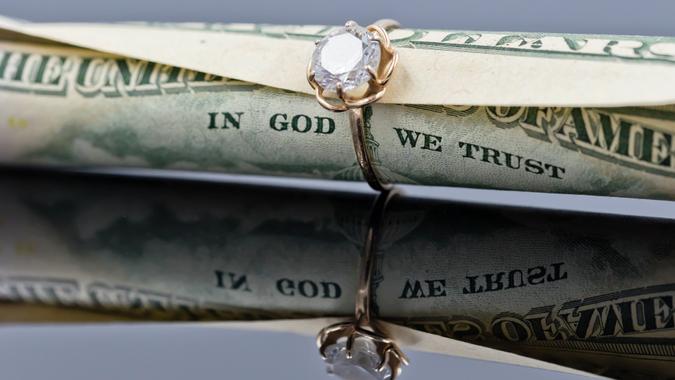 U.S. lawmakers are mulling legislation that would let borrowers sharing student loan debt with spouses or ex-spouses separate those loans. However, the bill must first pass the House.

Find: Should You Use Your 401(k) To Pay Off Student Loans?
See: This Credit Score Mistake Could Be Costing Millions of Americans

Earlier this summer, the Senate approved the bill, known as the Joint Consolidation Separation Act. If approved by the House and signed by President Joe Biden, it would close a loophole that dates back to the 1990s. The loophole is tied to Congressional legislation that allowed married couples to consolidate their student loans to get lower interest rates, NPR reported. Although that program ended in 2006, Congress never passed legislation allowing couples to separate the loans.

This meant that couples with student loans are still shackled to each other — even after they have been divorced. Closing the loophole not only means divorced couples can finally separate the debt, but also that some borrowers might become eligible for the federal Public Service Loan Forgiveness program, which forgives student loans for teachers and others who have put in a certain number of years as civil servants.

In addition, the bill would allow borrowers to choose which spouse is responsible for the student loan if they choose not to pay back their respective debt separately, the California Business Journal reported. In some cases, the bill would provide significant relief to borrowers who are struggling to pay their bills.

While the House decides on whether to approve the bill, federal student loan borrowers are preparing to resume making payments after a two-year pause that was put in place during the early months of the COVID-19 pandemic. The pause is scheduled to end on Aug. 31, 2022, with payments set to resume a day later.

Explore: 5 Government Benefits Every Student Needs To Know About
Learn: 10 Private Colleges That Are Shockingly Affordable Thanks to Financial Aid

Biden is expected to make an announcement on whether to extend the pause further, or implement some other relief program for federal student loan borrowers. On Monday, CNN reported that White House officials are leaning toward cancelling up to $10,000 in student debt per borrower, based on annual income. CNN cited multiple sources who said the Biden plan would offer the $10,000 forgiveness to individuals who earn less than $125,000 a year.