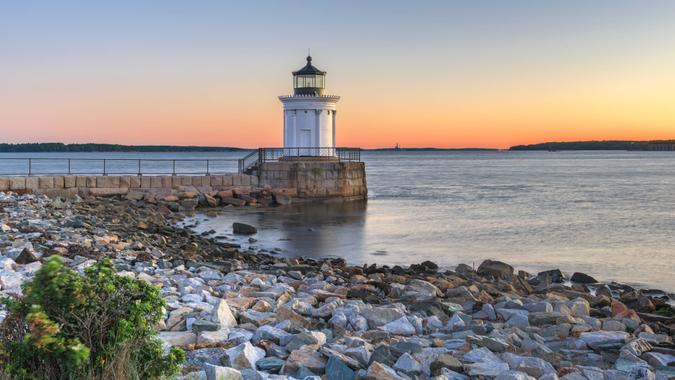 Lawmakers in Maine want to help you pay off your student debt — and buy a home — while also luring more young folks to the state as a way of addressing its labor shortage problem.

See: Student Loan Payments Restart in May — Here’s How You Can Prepare
Find: How Gen Z Plans To Avoid Student Loans

Under the proposed “Smart Buy Program,” qualifying first-time homebuyers will be allowed to purchase a house in the state and have up to $40,000 in student debt forgiven through a state appropriation, according to the Maine State Housing Authority.

If you leave or sell the home before the five-year period is over, you would be liable for the proportional amount of the second loan still owed.

Maine’s program is modeled after similar programs in Maryland and Illinois. It is designed to not only help people pay off student debt and purchase a home in a housing market where prices have been rising in double digits, but also to help Maine attract more workers.

The state has “a real challenge filling the job market,” Jackson said. That’s partly because Maine is attracting more retirees than young workers. The combination of student debt relief and access to a home purchase might be just the right tonic to lure more young people to the state, Jackson added.

Participants in Maine’s Smart Buy program must have a student-debt balance of between $5,000 and $40,000, Business Insider noted. You must also have a minimum credit score of 640 to be eligible, and your home purchase must be valued between $86,600 and $131,100, depending on your family size and location.

The bill is still being discussed in the Maine Senate, which is in session until April.