Navient Student Loan Settlement: Are You Eligible for $260 Restitution Payment? 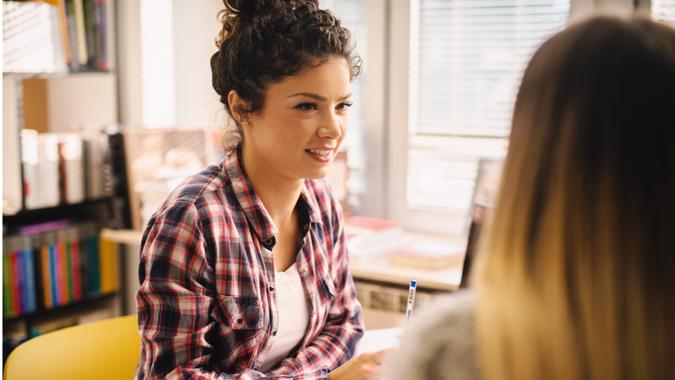 Now that student loan servicing company Navient has agreed to a $1.85 billion settlement over alleged predatory and deceptive lending practices, tens of thousands of loan recipients might soon be getting debt cancellations and restitution payments.

See: 10 Ways To Pay Off Your Student Loans in One Year
Find: Why Are Women Bearing the Brunt of Student Loan Debt in America?

The settlements were filed in courts around the country on Jan. 13, but they must first get judicial approval, according to The Washington Post. When that happens, the $95 million in restitution payments will be distributed to more than 350,000 federal student loan recipients, which comes out to roughly $260 each.

Most of the loans were made between 2002 and 2014. These private loans often came with a variable interest rate and provided a shorter payment window than federal student loans before defaulting.

How Will I Know if I’m Eligible for the Navient Restitution Payment?

If you were a loan recipient and wonder about your eligibility for the Navient restitution payments, keep an eye out for a postcard from the settlement administrator this spring. All eligible borrowers will get a postcard, WaPo reported, citing comments from state officials. Checks should go out in mid-2022.

One requirement for restitution payments is that you must have lived in a state participating in the settlement as of January 2017, and spent at least two years in forbearance — which means the lender let you pause or reduce payments for a limited time while interest continued to accrue.

What About the Navient Debt Cancellation?

Borrowers eligible for debt cancellation must have taken out private subprime student loans through Sallie Mae between 2002 and 2014, then had more than seven straight months of delinquent payments. Navient formed in 2014 when Sallie Mae split into two companies.

Learn: If Your Student Loans Were Forgiven, Here’s What You Should Do Next
Explore: How Gen Z Plans To Avoid Student Loans

Federal loan borrowers who qualify are advised to either update their studentaid.gov accounts, or create one to ensure the Department of Education has their current address.