Student Loan Forgiveness Application Will Be Available in October 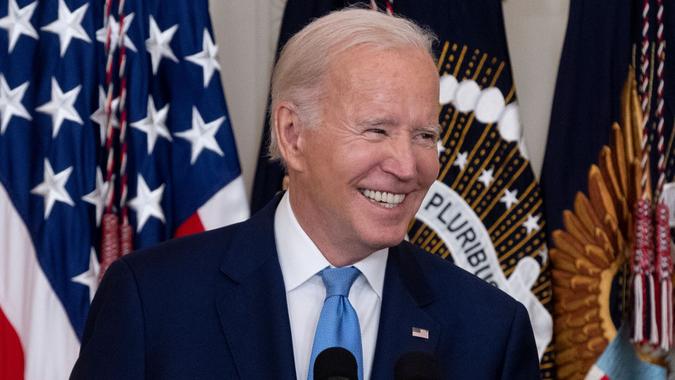 More details are coming to light on how the Biden administration’s new student loan forgiveness program will start to be implemented, including news that relevant applications will become available starting in October.

On Aug. 24, the White House revealed details of the new student loan relief measures in a substantial announcement. It was noted that 45 million Americans are impacted by student loans that total more than $1.6 trillion and that most borrowers have at least $25,000 in outstanding balances when they graduate. The gravity of the situation led to calls for the administration to take action.

With repayments on pause for much of the pandemic, Biden made the relief announcement just a week before payments were set to resume on Sept. 1. However, one provision of the new plan is that the halt on repayments will be extended through the end of 2022 — and won’t pick up again until Jan. 2023.

Another big move is the fact that all borrowers who earn at or under $125,000 per year (or $250,000 per married couple) will have up to $10,000 in student loan debt forgiven. Federal Pell Grant recipients will have up to $20,000 forgiven, as an attempt to provide extra financial support to low-income borrowers. As well, repayments will be capped at 5% of a person’s income — down from 10% currently.

Yet, until now, it hasn’t been clear just how the forgiveness will logistically play out. The Department of Education has just posted new details to their official website, noting that “the Administration will launch a simple application which will be available by early October.” Borrowers will have until Dec. 2023 to apply. The department also encouraged people to sign up for real-time updates to know when the application is available on their website.

Take Our Poll: How Do You Typically Split the Restaurant Bill?
More: What Is the Highest Income for Food Stamps in 2022?

Also noted by the department is the fact that 8 million borrowers will get automatic relief payments since their income data is already on file, though others are encouraged to apply for the relief — and to do so by Nov. 15. This will provide time to get the $10,000 in hand before the payment pause is up on Dec. 31.

The department states it will take about four to six weeks to process the application and, once approved, relief will be sent shortly thereafter.