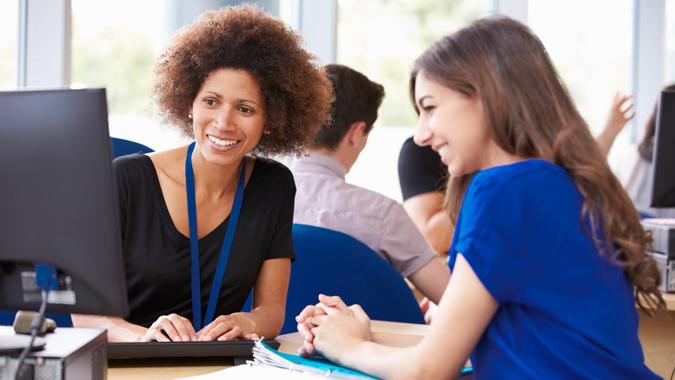 The Biden administration’s student loan forgiveness plan is expected to provide financial relief to as many as 43 million borrowers, according to White House estimates. That total mainly includes those eligible to receive up to $20,000 in canceled loans.

The plan also includes a Department of Education proposal that would cut monthly payments in half for undergraduate loans, raise the amount of income that would be protected from repayment and forgive some loan balances 10 years earlier than current rules allow.

Being freed of thousands of dollars in student loan debt will provide the biggest immediate impact on borrowers, but it’s not the only way you might be affected. The residual effects could impact everything from your savings and taxes to your credit score.

Here’s a look at five ways the student loan forgiveness plan might affect you.

More Money Will be Freed Up for Retirement Savings

With millions of borrowers eligible to receive anywhere from $10,000 to $20,000 in loan forgiveness, there is a huge opportunity to put that money toward retirement funds. As previously reported by GOBankingRates, a CNBC/Momentive survey of student loan borrowers conducted last month found that 45% plan to use loan forgiveness to save for retirement.

Pay Down Other Debt

The same CNBC/Momentive survey found that more than half of respondents (53%) planned to use canceled student loans to pay down other debt such as mortgages and credit card balances.

This will not only provide more breathing room financially — it could also improve your credit score. The reason isn’t necessarily because you will knock student loan debt off your credit history. Ted Rossman, a senior industry analyst at CreditCards.com, told CNBC that student debt alone has a minimal effect on your credit score because it is considered an installment loan you repay over a set period of time, with regularly scheduled payments. As such, it isn’t weighted heavily into your credit utilization rate — a key component of credit scores.

However, putting money you save on student loans toward lowering your credit card debt can have a significant impact on your credit score.

Your Could Face Tax Consequences — But Only in Some States

Some states might consider student loan debt forgiveness a taxable event, meaning borrowers would have to pay state income taxes on the canceled debt, according to the Tax Foundation. It said 13 states “have the potential” to tax cancelled student loan debt, though the final number “could be significantly smaller” if states make legislative changes or determine that debt forgiveness can be excluded.

Parents Will Get Relief as Well

The Biden loan forgiveness plan doesn’t just apply to students — parents who hold Parent Plus loans are also eligible for relief. These loans are issued directly to parents of students rather than to the students themselves.

Federal Parent Plus loans might be eligible for forgiveness through an income-contingent repayment plan or the Public Service Loan Forgiveness program, according to the Saving for College website.

Live Richer Podcast: First-Time Homebuying During Inflation: Is It Worth It?
Student Loan Forgiveness: Mark These 4 Dates On Your Calendar Now

There is a possibility that Federal Family Education loans will also be included in the forgiveness plan. If your FFEL loans were eligible for the student loan payment pause — which has been in effect since March 2020 — you can qualify for forgiveness, according to a FAQ page on the U.S. Department of Education website. Borrowers with privately held federal student loans, such as through the FFEL, Perkins, and HEAL programs, can receive this relief by consolidating these loans into the Direct Loan program.