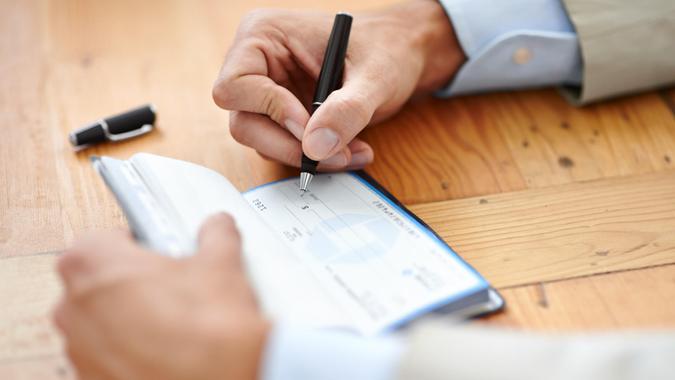 When President Joe Biden extended the pause on federal student loan repayments until May 1, one hope was that it would give lawmakers more time to come up with legislation to permanently forgive loans for millions of borrowers. That hope is quickly disappearing.

See: Student Loan Payments Restart in May — Here’s How You Can Prepare
Find: Will Student Loans Become More Expensive When the Fed Raises Interest Rates?

Congressional efforts to forgive student debt have stalled, and now the focus is on convincing Biden to take executive action that would forgive up to $50,000 in debt per borrower, Fortune reported.

But while many Democrats support such an action, many Republicans oppose it. In September 2021, a small group of House Republicans led by Rep. Ted Budd (R-N.C.) sent a letter to the Secretary of Education saying that “mass cancellation of student loan debt would not only be a clear violation of the separation of powers but would also be an affront to the millions of borrowers who responsibly repaid their loan balances.”

White House officials say Biden supports legislation to eliminate $10,000 in student debt per borrower — something he campaigned on in 2020 — but that idea probably won’t make it through Congress, the WSJ noted. The administration is reportedly weighing executive actions to relieve federal student debt, though officials have not provided further details.

As it stands, borrowers with federal student loans should make plans to begin repaying them on May 1 after nearly two years of having the payments paused as part of COVID-19 relief packages. Most borrowers face a student loan landscape that is markedly different from the one that existed two years ago.

As GOBankingRates reported this week, several large companies that used to service federal student loans have exited the business, including Navient, FedLoan and Granite State. This has left about 16 million borrowers without their previous servicers, though many of these loans have been transferred to new servicers, according to the Federal Student Aid website

All borrowers are advised to contact their servicers as soon as possible to ensure their payment and contact information are up to date. Those with federal student loans can expect a billing statement or similar notice 21 days before payments are due, according to the Department of Education. The notices should include payment amounts and due dates.

If you have a different loan servicer than you had before the repayment moratorium went into effect, you might receive multiple notices. If you accidentally send a payment to your old servicer, then the money should be forwarded to your new one.

Borrowers who are unemployed or otherwise struggling financially can put in a request for an economic hardship or unemployment deferment with their servicers. Other options are to use forbearance to suspend payments, or to enroll in an income-driven repayment plan that will make monthly payments more affordable.

Payments under the IDR program are based on income, family size, state of residency and federal student loan type, GOBankingRates reported. The plans are administered by Federal Student Aid, part of the U.S. Department of Education. Most federal student loans are eligible for at least one IDR plan. If your income is low enough, your payment could be $0 per month.