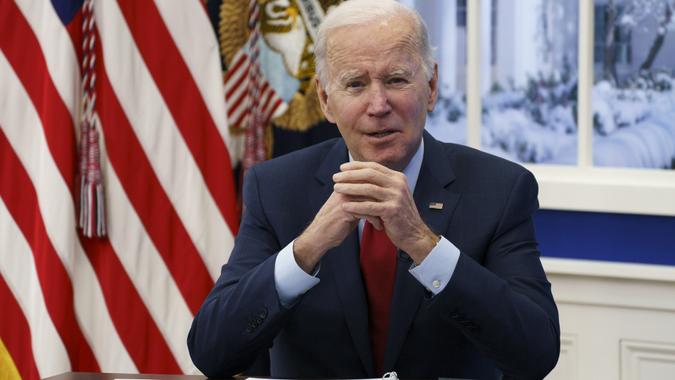 After a series of federal student loan payment pauses and extensions by President Biden and former President Trump, advocates are now calling for further loan pauses and an unprecedented system of loan forgiveness. This talk runs counter to the interests of many private lenders — lenders who are lobbying to get loan payments back on track when the current extension ends on May 1.

See: The 9 Fastest Ways To Pay Off Student Loans, According To Experts
Find: Will Student Loans Become More Expensive When the Fed Raises Interest Rates?

In response to the COVID-19 pandemic, and eventually codified by the CARES Act, most federal student loans have been paused since March 2020. That act also set student loan interest at zero and stopped collections on defaulted student loans.

Over 40 million Americans hold student loans, with said loans totalling between $1.6 trillion to $1.8 trillion. With the average borrower owing around $36,000, loan forgiveness would immediately boost the economic health (and mental health) of many borrowers — but the prospect raises several questions as well.

Private lending companies are arguing that inflation, already at a near-critical level, would be intensified by further extensions, and that this ongoing payment pause is a needless subsidy to many wealthy and high-earning borrowers who simply don’t need it.

As Politico reports, SoFi and CommonBond, two large refinancing lenders, are hoping to have language attached to the next education funding package in the hopes that the Biden administration will tighten “the relief to cover fewer federal student loan borrowers.” Said companies have been lobbying Congress to advise the Education Department to report on the costs of the student loan pause by income level.

SoFi’s lobbyists have issued a separate proposal to congressional offices titled, “Back to Normal Means Ending the Student Loan Payment Pause.” The San Francisco-based refinancing giant recently told investors that the latest extension by Biden was expected to cause a $20 million slide in its profits.

Critics of further loan pause extensions and debt forgiveness point to the unclear administrative authority of the president to erase large amounts of federal student loan debt. If Biden is deemed to have the authority to forgive some debt, no one knows exactly how the government will pay for said forgiveness — nor what impact that forgiveness could have on the economy.

Learn: How I Paid Off $55K in Student Loan Debt Over 10 Months
Explore: Top Tips From Couples Who Have Paid Off Their Student Loans

Despite questions surrounding additional loan pauses and large-scale student debt forgiveness, and the fierce opposition to both by private lenders, the White House is going to have to address the growing concerns surrounding federal student debt in short order — or it will have no choice but to extend the payment pause for a sixth time since the pandemic started.