Gurjeet Singh has long been a leader in the technology field, developing key mathematical and machine learning algorithms while earning his Ph.D. at Stanford. After working at Google and Texas Instruments, Singh teamed up with his adviser at Stanford, Gunnar Carlsson, to launch Ayasdi, the leading platform for artificial intelligence applications for use in business.

The company now counts Citi, United Healthcare and the University of California San Francisco among its impressive roster of clients — going from a $10 million grant to more than $100 million in funding.

In this installment of GOBankingRates’ “Best in Business” series, which sets out to discover what makes the people behind top innovative companies tick, Singh talks about how he made the “unsettling” leap from academic to CEO, why he initially turned down a $1 million venture capital investment — and ways that you can find (or build) your own dream job, too.

Our story is not one of us setting out to start a company — it’s more of a story about getting pulled into the startup world. My co-founders and I are all mathematicians by trade — Gunnar Carlsson is the former head of the mathematics department at Stanford.

Our work on topology and topological data analysis was attracting some attention, and we knew that it would have commercial applications. One of the entities funding our work, DARPA [the Defense Advanced Research Projects Agency], began to encourage us to think along those lines, and as a result, I began to take some classes in the Graduate School of Business at Stanford to understand what that would entail.

During that time I met Ann Miura-Ko, [with] an amazing, early-stage venture capital at Floodgate. She worked very hard to convince us that we should turn our idea into a company. There was a time we turned down $1 million from her because we just didn’t know what we would do with it! Ann was very persistent. The big data revolution was in full swing, and companies were unable to extract meaning from these large complex data sets. Since that was exactly what our technology did, we decided to give it a go.

Find Out: Key Signs You’re Ready to Start Your Own Business

[All of Ayasdi’s founders] either had careers in academia or were headed that direction. Academia is a good life. I was making a choice to leave that path for one with considerable uncertainty. It would be hard for me to put my academic career back on the same trajectory if I made the decision to start Ayasdi.

I knew I was a good computational mathematician — I didn’t have any sense of whether I would be a good CEO. That was quite unsettling at the time.

I think the most surprising thing was how quickly it went on the product side. I had one of those deep work moments on the coding side that enabled me to actualize topological data analysis and build a usable prototype of our first product, Workbench. Having the ability to visualize the underlying math proved particularly helpful in getting customers to understand what we were talking about.

Check Out: 7 Surprising Costs That Come With Starting a Business

The hardest part was determining how not to be a tool for discovery. This was particularly challenging because our product was exceptional at this task. The problem was that we would solve these high-value, hyper-complex problems, but they were not necessarily repeatable problems. As a result, it was easy to find companies that wanted to do a proof-of-concept, were delighted with the results — but then didn’t need us after that. Finding repeatable use cases and having the courage to pass on the one-offs was the hardest thing for us.

Did any previous jobs inspire you to run Ayasdi the way you do?

We wanted to build a culture of freedom and responsibility. What that means is that you are not micromanaged — you own the good stuff you do and the bad stuff. You have the freedom to take risks, but need to be accountable for them.

I grew up in India. There is very limited tolerance for failure there. I didn’t want that to translate to Ayasdi. Consistent with the concept of freedom and responsibility, I wanted the team to be able to take risks and to learn from failure when it didn’t work. We are about accelerating learning here at Ayasdi, and that needed to translate into our work. You cannot do that if you are overly concerned about failing.

Also See: The Worst Things Bosses Made Their Employees Do

We have been very fortunate in this regard. There are literally dozens of advisers, board members and investors — venture capital and angel — that have guided us on our journey. They have all made an impact.

Do it. Conceptually it is hard to make the leap, but the longer you wait the harder it gets. Take your chance because what you will learn — and the journey itself — will be life-changing.

When did you realize Ayasdi was going to make it?

I think we realized we were heading in the right direction when we closed our second deal for more than $1 million. That proved that our software was valuable.

Our mission is to build the most powerful platform for the creation of intelligent applications. There are more than a million applications deployed in the enterprise — we will be successful when every one of them is intelligent. 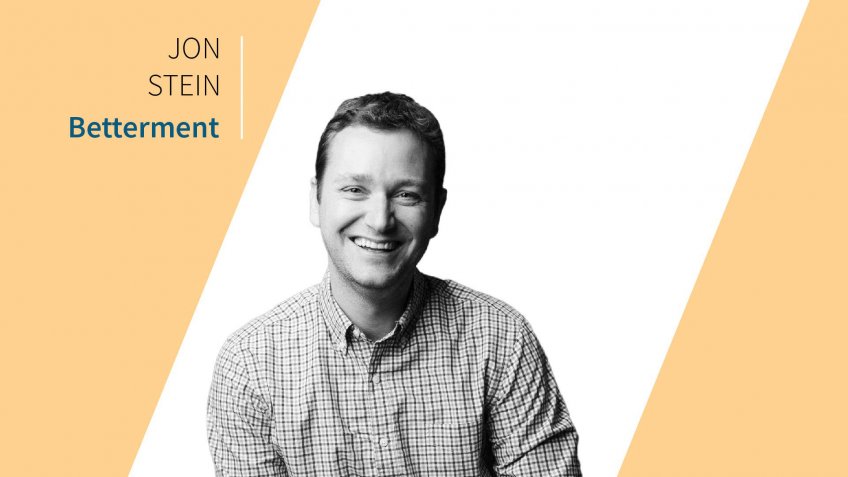 How the Founder of Betterment Turned His Low-Fee Idea Into an $8.5

"It's never a good idea to get comfortable."