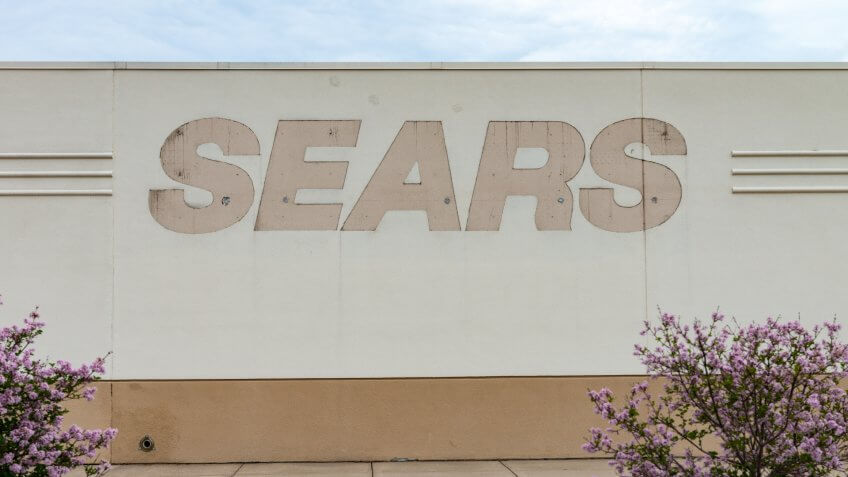 The business world is a cutthroat place. And just because a company is popular in one city or has been in business for decades doesn’t guarantee it will thrive in the future.

This year was especially rough on brick-and-mortar retailers who couldn’t keep pace with online competitors. See what companies went out of business in 2018, and which brands are trying to live on. 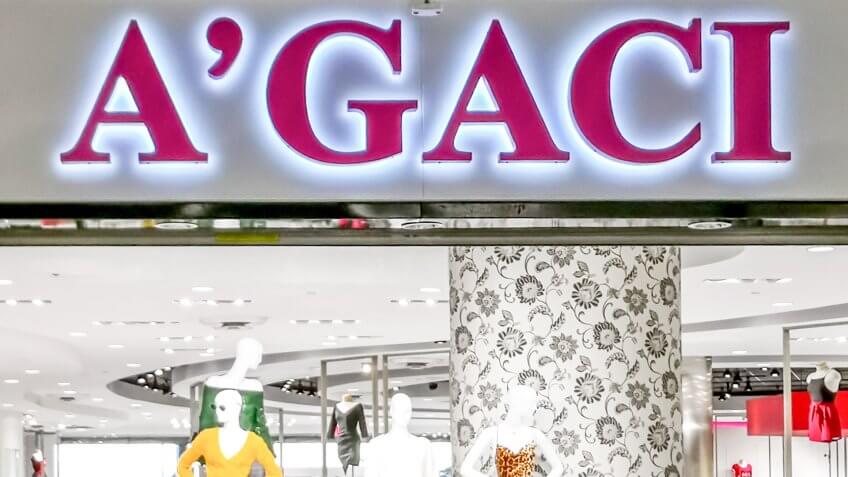 A’gaci, a women’s apparel store, filed for Chapter 11 bankruptcy in January, citing high lease costs as a major contributor to its financial issues. Sales were also down, with earnings dropping from $4.7 million in 2016 to negative $2.5 million in 2017, Retail Dive reported.

The company said it planned to keep 55 of its 76 stores open as it emerged from bankruptcy over the summer, CNBC reported.

It’s Not Just Stores: 20 Places That Have Gone Bankrupt 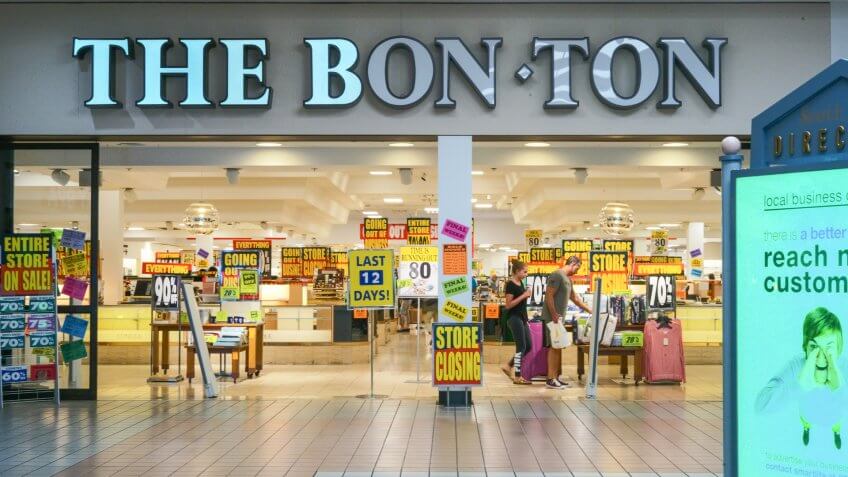 Department store chain Bon-Ton filed for bankruptcy in February, and was forced to liquidate after a bid by mall owners to save the store fell though, CNBC reported. It had closed all 200 of its stores across the U.S. by September, USA Today reported.

But that same month, CSC Generation Holdings signed a deal to take over the rights to Bon-Ton and its chains, and told USA Today that it would be bringing the bankrupt company back with a focus on e-commerce. CSC purchased the Bon-Ton brand names and customer data for $900,000, Lancaster Online reported. Bon-Ton can draw inspiration from these successful companies that hit rock bottom before thriving. 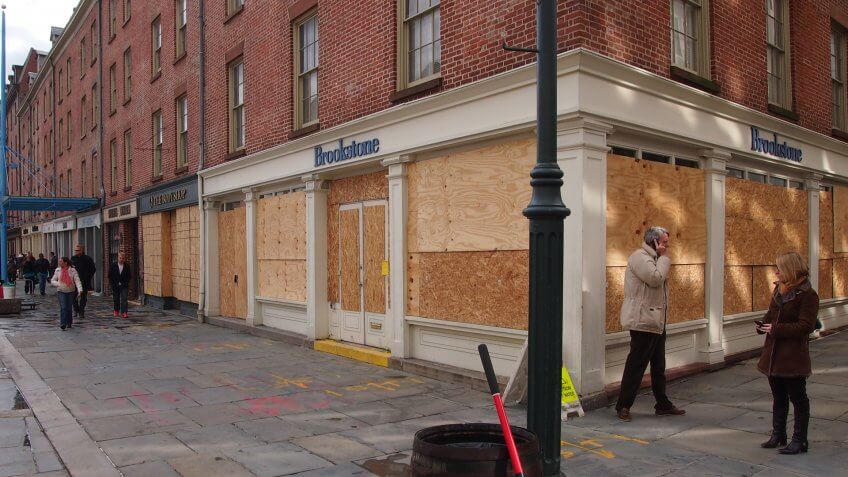 You can no longer try out fancy massage chairs at your local mall: Brookstone filed for bankruptcy in August 2018 and immediately made plans to close all 101 of its mall locations, CNBC reported. By the end of the summer, all Brookstone stores were closed except for 34 airport locations, the New York Business Journal reported.

In October, BlueStar Alliance bought Brookstone out of bankruptcy for $72 million. The company announced that it would be bringing the brand back to malls on a smaller scale, with dedicated shelves and shops at Macy’s, Bed Bath & Beyond and Bloomingdales, according to the Journal. 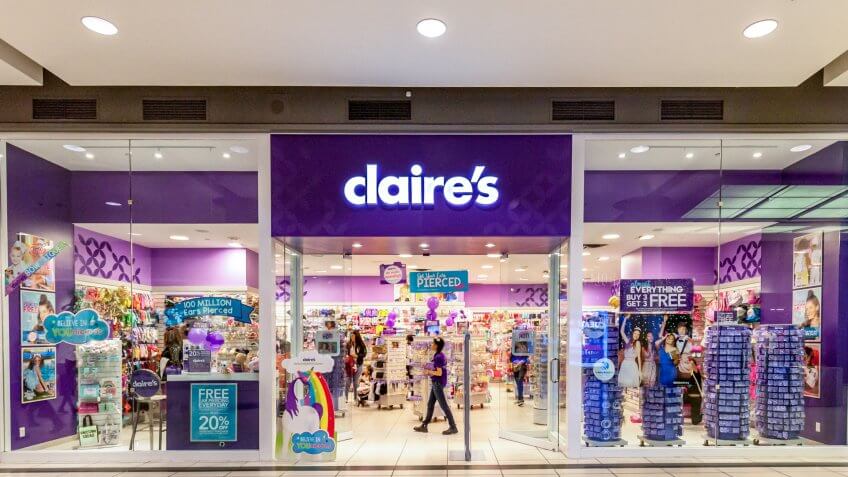 In March 2018, popular accessories chain Claire’s filed for bankruptcy after struggling with debt as its sales continued to decline. The company said it would be continuing to operate its 1,600 Claire’s and Icing stores throughout the bankruptcy process, CNBC reported.

In October, Claire’s was able to exit bankruptcy after completing financial restructuring that allowed it to trim $1.9 billion of debt and gain access to $575 million in new capital, Chain Store Age reported. 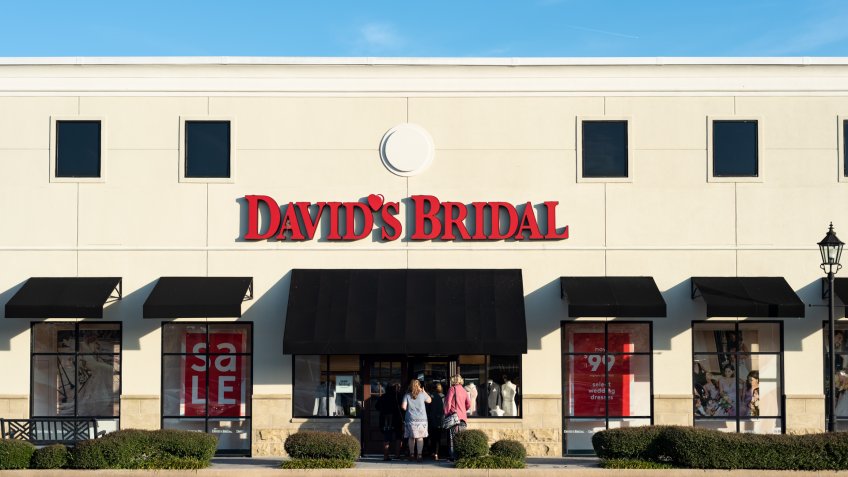 The largest wedding retailer in the country declared bankruptcy on Nov. 19, but says it has a plan to secure new financing and exit proceedings in January 2019. David’s Bridal is carrying more than $400 million in debt. The chain will continue to operate its 300-plus stores, and CEO Scott Key said in a statement on the company’s website: “We are, and will continue to be, open for business.”

David’s is struggling due to changing wedding trends and the fallout from a 2012 leveraged buyout for $1.05 billion. 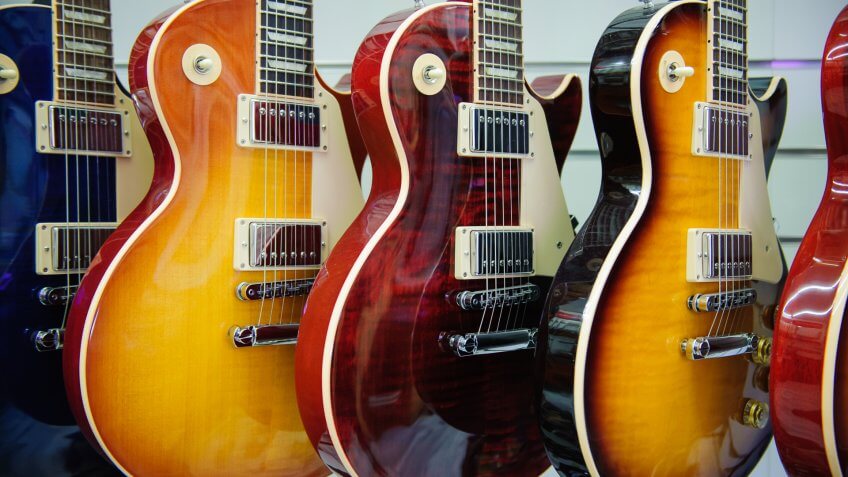 Sad news for musicians: iconic guitar-maker Gibson filed for bankruptcy in May 2018. The company’s debt was at least $100 million and as high as $500 million at the time of the filing, CNN reported. To stay afloat, Gibson announced that it would liquidate its consumer electronics business while reorganizing its more stable musical instrument and professional audio business. Its plan to stay in business was approved in a U.S. Bankruptcy Court in October, Billboard reported. 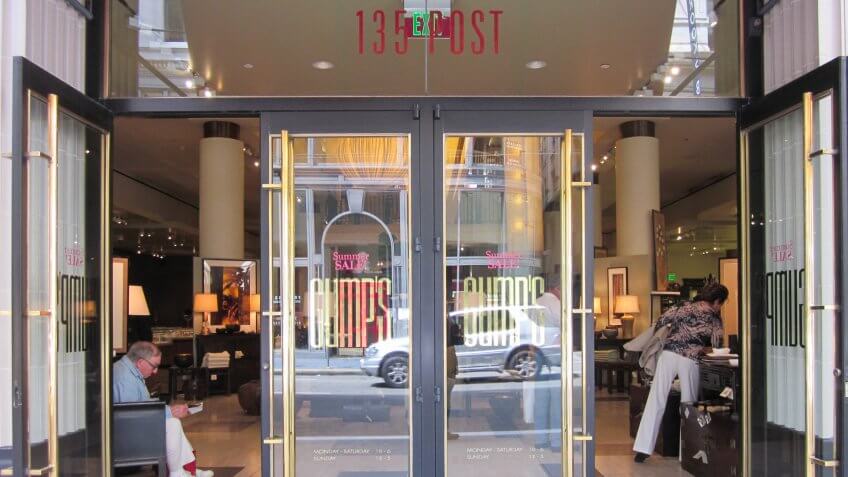 San Francisco-based department store operator Gump’s Holdings filed for Chapter 11 bankruptcy in August. The company sited an “overwhelmingly difficult retail environment” as the reason for its bankruptcy; it was unable to secure a buyer or financing to keep its doors open, CNBC reported. At the time of the filing, it had one flagship store as well as a catalog and online business. After Gump’s declared bankruptcy, it announced its stores were going out of business and held a sale on all merchandise.

Gump’s Holdings stated that its inventory was worth $25.5 million at retail value, but its liquidation value was listed as $8.6 million; its debt was $16 million, California Apparel News reported. The company is actively looking for a buyer to continue its operations, and if it doesn’t find one, it will close at the end of the year. 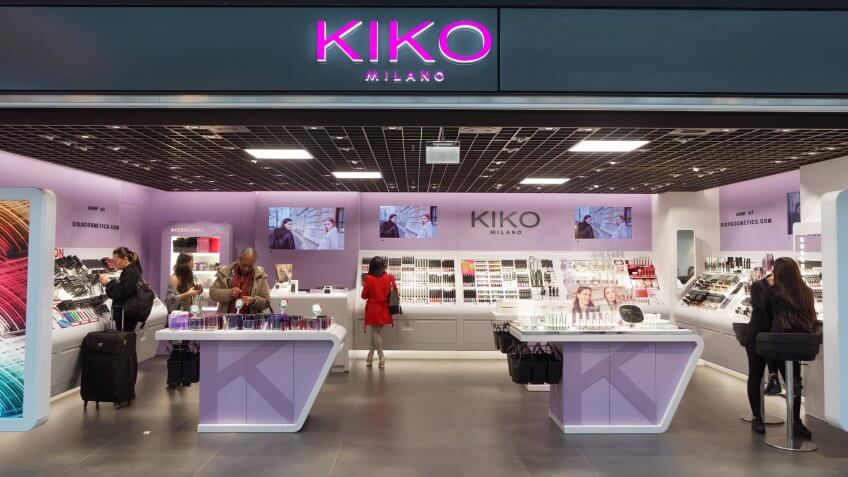 Cosmetics company Kiko USA, a subsidiary of Kiko Milano, is one of the companies that went bankrupt this year, filing for Chapter 11 in January. It planned to restructure its business by closing most of its roughly 30 U.S. stores, CNBC reported. The company cited high rents as the main cause of its financial struggles.

By closing 25 of its 29 domestic locations, Kiko USA would reduce annual operating losses by $7.1 million a year, Retail Dive reported. 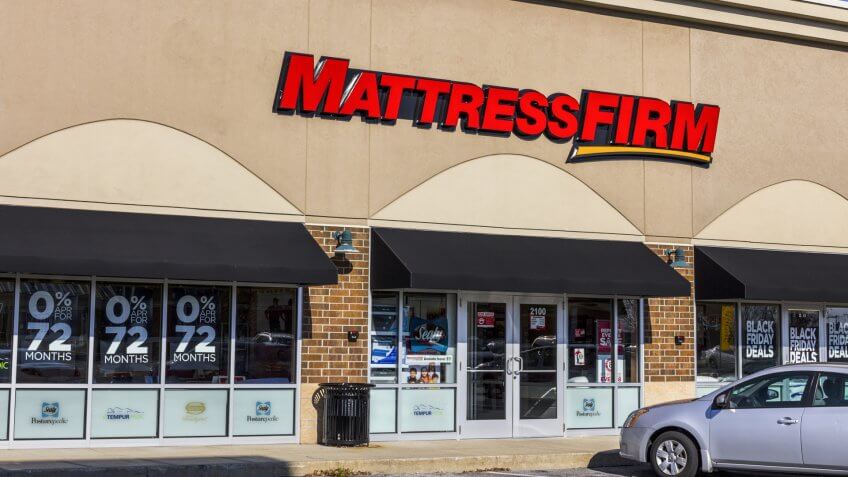 Mattress Firm, the largest mattress retailer in the U.S., filed for Chapter 11 bankruptcy in October 2018. The company planned to shutter up to 700 of its 3,500 stores, with 200 closing in just a matter of days, CNBC reported. At the time of the filing, it had already secured $250 million in debtor-in-possession financing to support its operations under bankruptcy. Remember, an expensive mattress is worth the money. 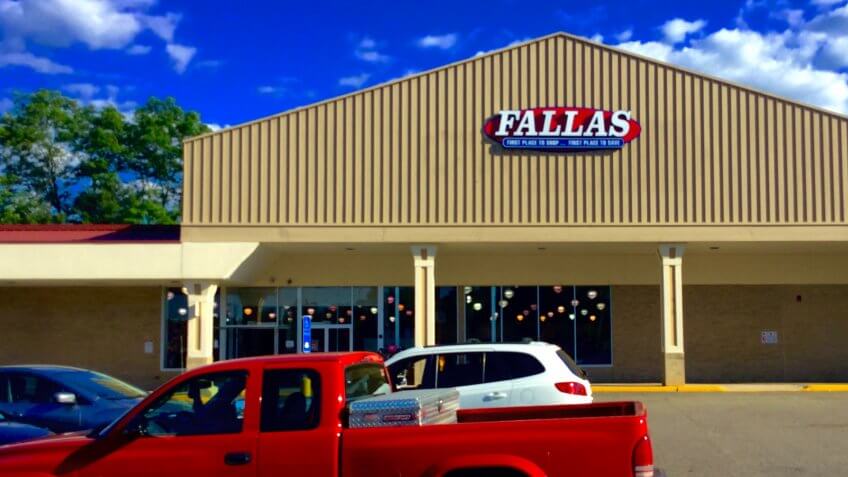 Discount retailer National Stores — which also owns Fallas, Conway and Anna’s Linens — filed for bankruptcy in August 2018. According to CNBC, branching out into too many brands caused National Stores to take on too much debt, which brought down the overall business. According to its petition filed with U.S. Bankruptcy Court, National Stores had between $100 million and $500 million of both assets and liabilities, Reuters reported. 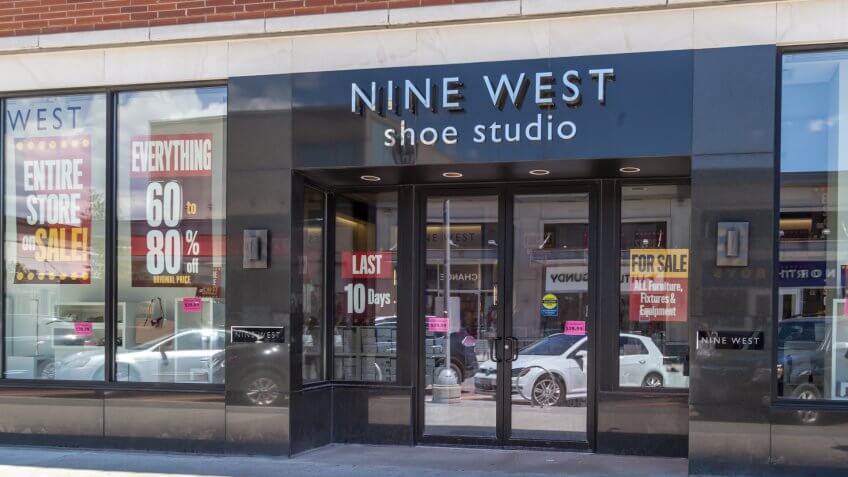 Shoe and apparel company Nine West — which also owns the Anne Klein and Gloria Vanderbilt brands — filed for bankruptcy in April 2018. The company sold its footwear and handbag business to Authentic Brands Group for $340 million in June at a court auction, Reuters reported. It also planned to close all 70 of its brick-and-mortar stores, CNBC reported.

In October, the company filed an updated bankruptcy plan that would reduce its pre-bankruptcy debt obligations by more than $1 billion if approved, Reuters reported.

Read More: 15 Companies That Failed Big Before Getting It Right 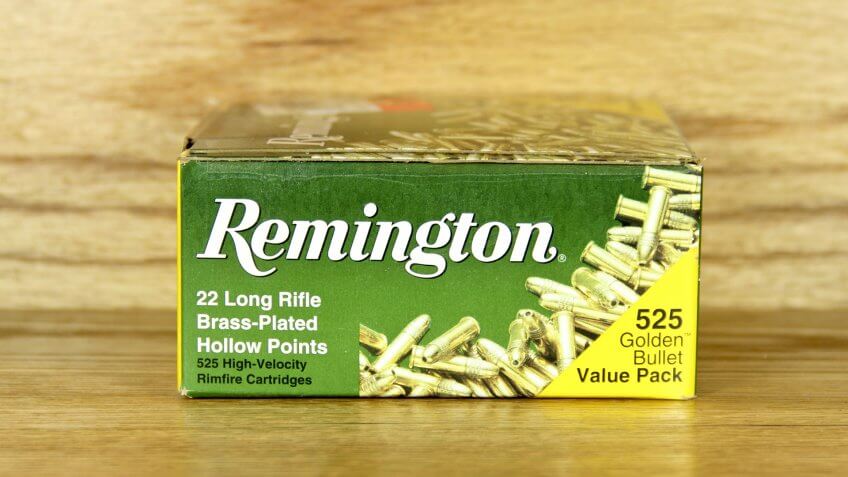 In May, Remington exited bankruptcy as its creditors, including JPMorgan Chase & Co and Franklin Advisors, took ownership stakes in the company in exchange for forgiving more than $775 million of debt, Reuters reported. The company also received a new landing package funded by several banks for $193 million.

Find Out: Here’s How the Gun Industry Impacts Your State 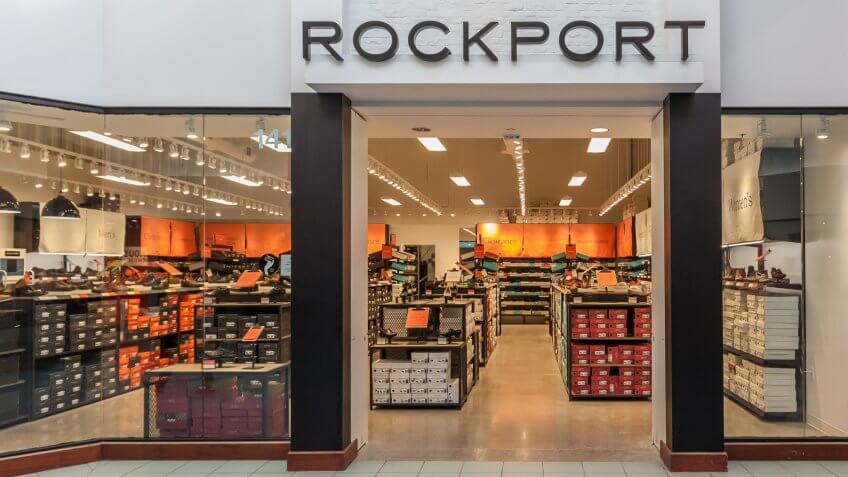 Not enough people are buying Rockport shoes. The shoe company filed for bankruptcy in May, allowing Charlesbank Capital Partners to buy out the business for $150 million in cash, Retail Dive reported. As part of the deal, Charlesbank took over Rockport’s wholesale business, CNBC reported. 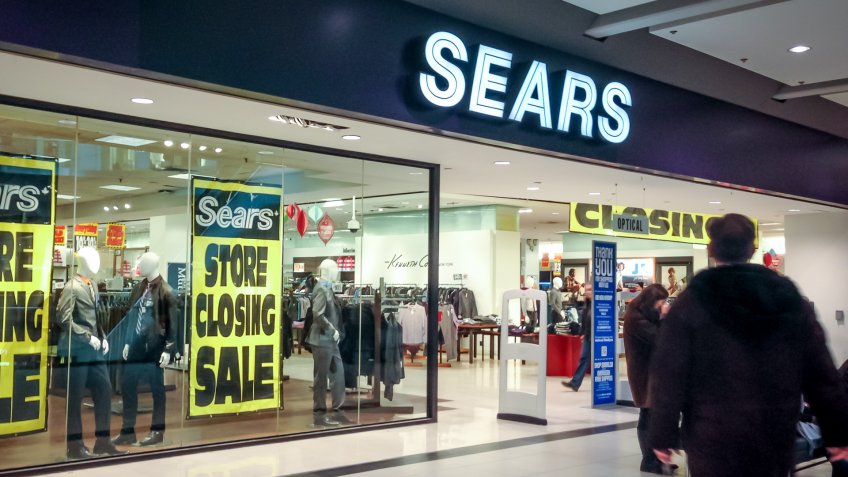 Sears filed for bankruptcy in October 2018 after years of decreased sales and surmounting debt. The retail chain made the bankruptcy filing after it was unable to pay back a $134 million debt payment that was due, CNN reported. As part of the bankruptcy filing, Sears announced that it would be closing an additional 142 stores by the end of the year on top of the 46 store closures it already had planned. As of Nov. 14, Sears was finalizing a $350 million bankruptcy loan that would allow it to remain operating through the holidays, Reuters reported. Learn what Sears’ bankruptcy will mean for holiday shoppers. 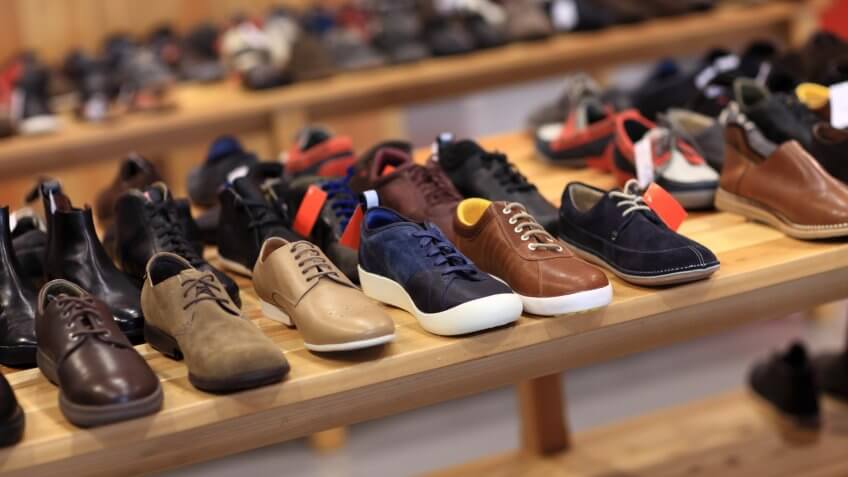 But in July, The Walking Company exited bankruptcy with more than $10 million of equity. It did, however, close 23 stores in the process, Retail Dive reported.

Please note photos are for illustrative purposes only. As a result, some of the photos might not depict the companies listed in this article. 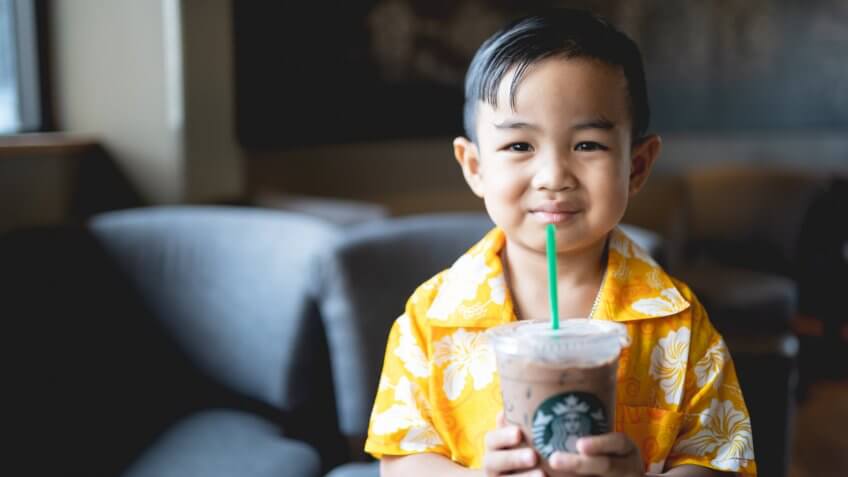 How Starbucks’ $1 an Hour Child Care Plan Could Be a

Starbucks is leading the way for better parental benefits.