Throughout his campaign, and now even into his term, President Donald Trump has emphasized his desire to bring jobs back to the U.S. that he claims have been lost to outsourcing overseas. It’s a compelling message that captured many voters in the 2016 presidential election, especially among working-class voters and other citizens affected by the decline of manufacturing in America.

Unfortunately for America’s struggling working class, most manufacturing jobs that have disappeared are likely never coming back. Here’s why.

Bringing manufacturing jobs back to home turf is not a matter of political position, party or the person sitting in the Oval Office. This topic is a matter of macroeconomic changes in the U.S. over the course of several years.

Employment in manufacturing was already in a steady decline since the 1950s, but the downward pace accelerated in the ’80s as the U.S. increasingly imported a greater number of manufactured goods. Equally significant was the replacement of human workers with machines.

By 2015, manufacturing jobs made up only about 10 percent of the labor force. Large-scale, long-running trends have brought manufacturing jobs to where they are today. This tide can’t be reversed in a short time frame by clever legislation. For example, since the end of the Great Recession, employment growth has been slow: Although manufacturing output has increased more than 20 percent since 2009, manufacturing employment has grown just 5 percent.

Then and Now: 22 Industries That Pay Less (and More) Than They Did 10 Years Ago

More Jobs Were Lost to Automation Than Outsourcing

One of the fundamental problems with bringing manufacturing jobs back to the U.S. is that they haven’t disappeared exclusively because of outsourcing. The routine work was easily moved to poor countries where labor was cheaper. Manufacturing processes themselves have also changed significantly — and it completely altered how employees fit into the system.

Thanks to modern technology, manufacturing has been able to divide up key parts of its workflow that used to all take place on one or a few assembly floors. Rather than the whole factory relocating overseas for cheaper labor, various individual parts of the supply chain have relocated instead, and many have been automated, reducing the total number of human workers required.

New jobs that have emerged require an understanding of new technologies, often meaning that U.S. laborers now need new training to compete for fewer jobs. This shift is why any promise to bring jobs back home might ring hollow.

Valuable semi-skilled manufacturing jobs are not, for the most part, going to return to America simply because they were not shipped abroad. They were replaced by new ways of boosting productivity and reducing costs that heightened the distinction between routine labor and modern manufacturing. There is no vice that can squeeze those genies back into their bottles.

Coal mining was once a pillar of U.S. industry, so its decline has been hard to take for many Americans. President Trump has expressed his position on the decline: Government regulations, namely by the Environmental Protection Agency, are responsible for the decline of the American coal industry. The coal industry’s decline, however, is due to a variety of interconnected factors.

First and foremost, coal is simply not cost-competitive with other fuels in generating electricity. The surge in fracking altered the landscape in the 2000s, dramatically reducing natural gas prices to the point that coal was no longer the cheapest fossil fuel — a coveted trait it had held for years. In terms of declining employment, the coal industry also suffers from the common trap of productivity gains.

New innovations and process improvements simply garner more output per hour from workers. Although clearly a benefit to companies, productivity gains also reveal the fact that fewer employees are now required for the same amount of output.

It’s a trend playing out across numerous industries in the U.S. and other developed countries: Jobs are not being lost to outsourcing or increased regulations; they’re being lost to technological innovation, and workers and employers have yet to forge enough replacement positions in this new frontier.

Up Next: 7 Companies That Have Reinvested in America Following Trump’s Election 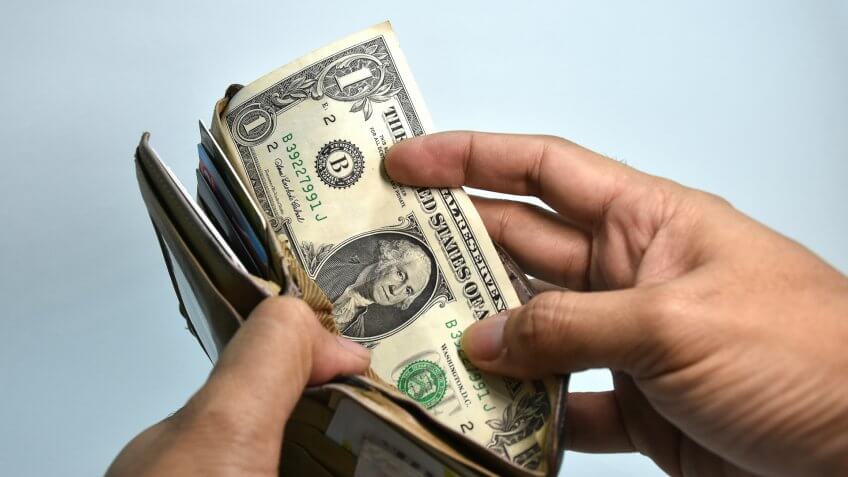 The Reality of What You Can Afford on Minimum Wage

Getting by on minimum wage is a major challenge.

GOBankingRates > Making Money > Economy > Bringing Jobs Back to US Is Great, but Here’s Why It Won’t Happen