The old adage about real estate is that the three most important things are location, location, location. And, according to a new study from GOBankingRates, there might be more truth to that saying for America than ever before.

The study identified the zip codes with the richest and poorest people by examining four key metrics surrounding income across every zip code in the country: median household income, mean household income, percentage of households earning $150,000 or more and percentage of households earning $25,000 or less. Then, it weighted each zip code’s score in each category and came up with a comprehensive list of which neighborhoods across the country are home to the nation’s richest and poorest residents. 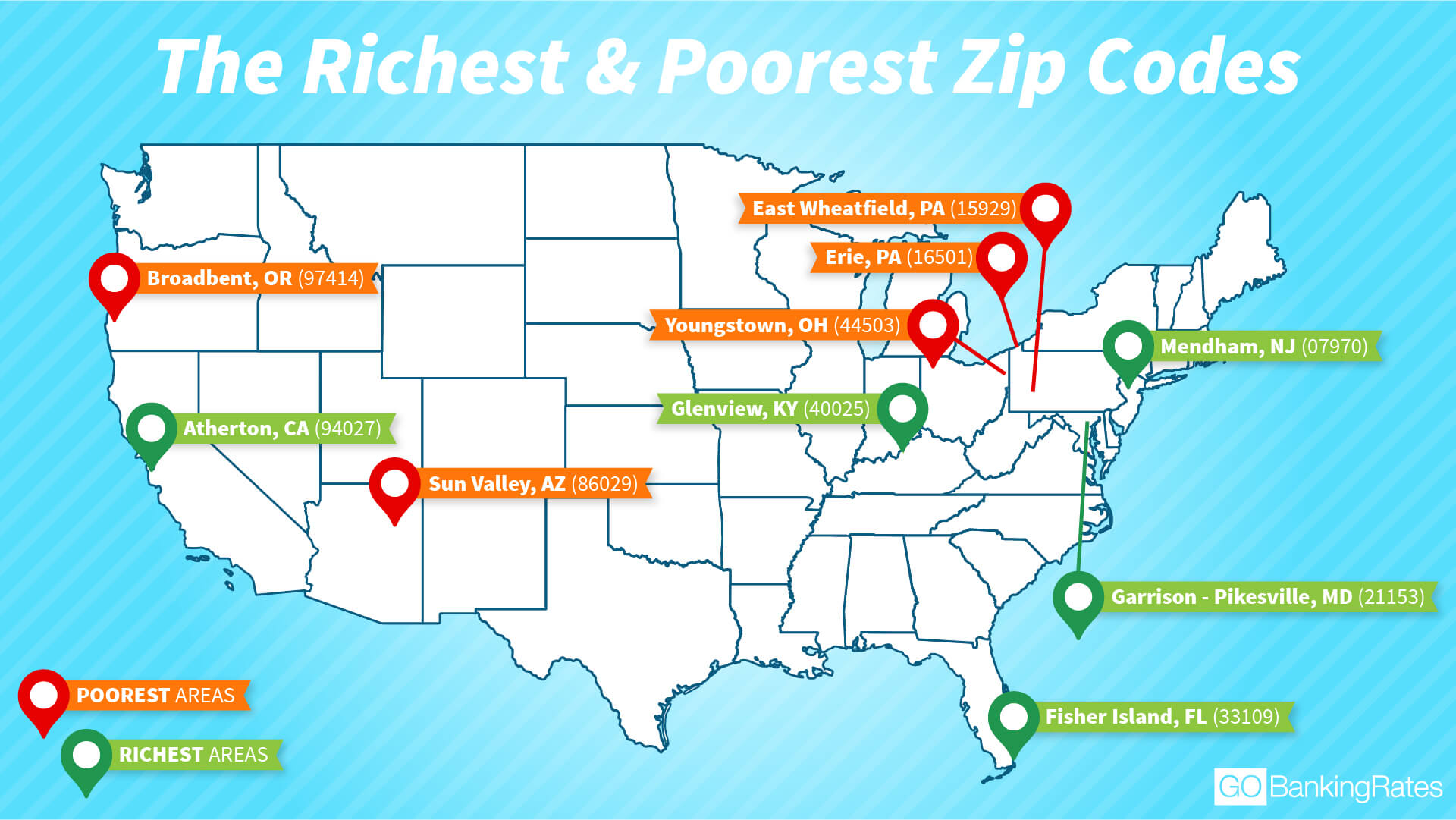 Don’t Miss: Here’s the Most Expensive Zip Code in Every State

The results demonstrate a considerable regional divide. Among the nation’s poorest zip codes, seven of the 25 are in the state of Ohio, with one more in Michigan, two in Pennsylvania, and one in Illinois for a total of 11 in the Midwest. Meanwhile, the town of Kenilworth, Ill., north of Chicago is the only Midwestern zip code to appear in the richest 25.

There is similar bunching among the richest zip codes as well. Six of the 25 richest zip codes are all within an hour’s drive of each other near the border between Connecticut and New York state, with two more just across the border in Manhattan and another two in nearby New Jersey. Additionally, three are in California’s Silicon Valley with one more across the Golden Gate Bridge in Marin Country.

Here’s a look at the five poorest zip codes in the U.S.:

And, here are the five richest zip codes in America:

Up Next: What It Costs to Live in America’s Most Expensive ZIP Codes

Methodology: The study looked at four different factors for each zip code: median household income, mean household income, what portion of households are making more than $150,000 annually, and what portion are making less than $25,000 a year. Then, after weighing each factor and combining the results, the study produced a definitive list of which areas have the highest concentration of wealthy people and which are predominantly occupied by people who are more likely to be struggling to make ends meet. 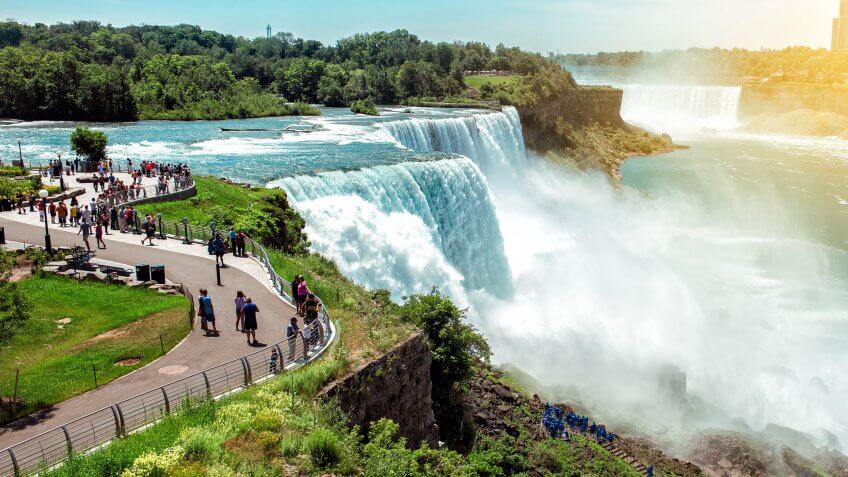 Towns That Will Literally Pay You to Live There

Don't pay to live somewhere — have them pay you.