Government assistance programs are designed to give struggling Americans access to basic needs like health care, food and even education. According to the Center on Budget and Policy Priorities, 45 million low-income Americans rely on some type of welfare program, but some opponents of these kinds of government programs are crying abuse.

U.S. departments, like the Department of Agriculture, for example, are charged with regulating and overseeing government subsidy programs to prevent participants from taking advantage of government assistance. While federal entities continue to work toward fraud prevention, a small percentage of government aid abusers are causing a disservice to families across the country who are facing financial hardship in the still-recovering economy.

Some cases of government assistance misuse are more blatant than others, but some aid recipients are using sneaky tactics that give other needy Americans a bad reputation.

Millions of Americans participate in government programs like the Supplemental Nutrition Assistance Program (SNAP) — still commonly referred to as food stamps — in order to ensure that low-income households receive adequate nutrition. Currently, SNAP places restrictions on the items that food stamps can buy:

Processed food purchases that have a nutrition facts label (as opposed to a supplement facts label) are also eligible for purchase via SNAP. Critics, however, argue that participants of food stamps are still allowed to spend frivolously with their publicly funded SNAP funds. For example, a SNAP shopper might not be able to purchase a case of Monster energy drinks due to it being categorized as a supplement, but he can easily indulge in a $15 case of San Pellegrino sparkling mineral water, which is considered a nutritional food item.

Another way users are taking advantage of the SNAP program occurs when recipients use funds for other people. Jennifer Irocky, a Chegg blogger, described incidents where college students would buy groceries for their friends using government-funded programs like SNAP. Despite the fact that SNAP funds must be used solely on the individuals it was intended for, abuse of this nature is difficult to prevent.

In 2007, Congress considered placing restrictions on the eligible food for SNAP. Ultimately, it found that implementing such defined nutritional parameters would over-complicate the program and be too costly to perform.

Instead of taking out only the amount of loans they truly need each year, students sometimes accept the maximum loan amount they are eligible for, even if they don’t need the money. Why? Often, the justification is that student aid is just free government money and federal student loans offer lower interest rates than rates from private personal loans found at banks, anyway. But instead of putting the funds toward the cost of living, students go on weekly shopping trips with friends, buy Christmas gifts for friends and family and even buy cars with their student aid.

Ultimately, the reason for this financial recklessness and disregard for the government assistance being offered is that these fresh-out-of-high-school students are financially illiterate and do not comprehend the long-term impact of their actions.

The U.S. Department of Education, despite being unable to control how students use extra funds, are now requiring that any student that accepts a student loan undergo loan entrance and exit counseling online in an effort to educate students.

While the Emergency Medical Treatment and Active Labor Act (EMTALA) is not a government assistance program per se, it is a regulation that requires emergency rooms to screen any person that requests treatment and stabilize them in an emergency situation, regardless of their health insurance, ability to pay or legal status.

Medical professionals have voiced complaints claiming that non-U.S. citizens who are visiting or are in the country illegally are coming into emergency rooms while in active labor. After providing treatment, as required by EMTALA, emergency departments find that the patients are unable to provide payment for the services they received. The outcome is that emergency departments are left to either absorb the loss or increase costs on paying patients.

Abuse of government assistance and subsidy programs will always occur by those who are determined to find a way to do so. However, there is no denying that with the existing economic stress that millions of families endure, a loss of these government programs could further devastate households nationwide. 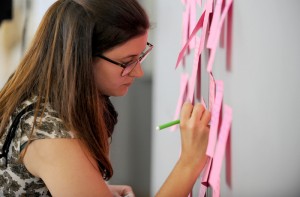 Why Millennials Are the New Wage Slaves