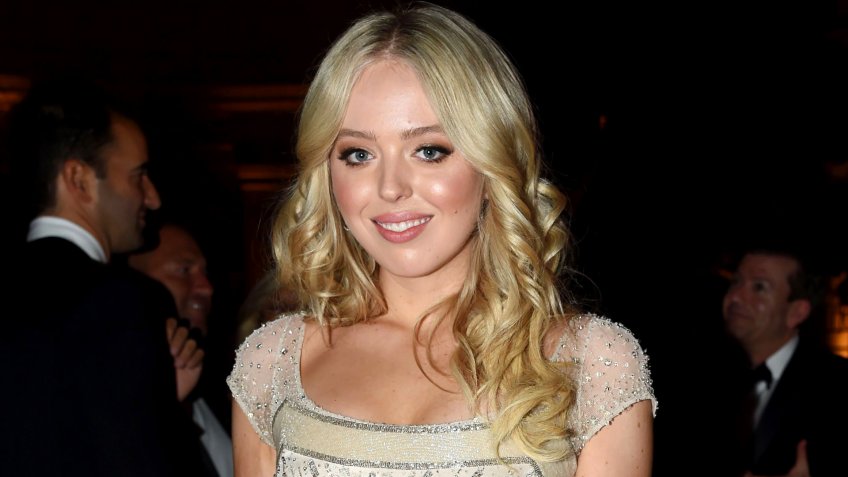 Some wealthy individuals work hard for their money, and others are born with it. The most successful business people often take care of their families by funding their extravagant lifestyles and leaving them inheritance money.

Many of these descendants become successful in their own right, but some use their family funds to enjoy a permanent vacation.

Click through to find out who the richest families are and who is inheriting their wealth. 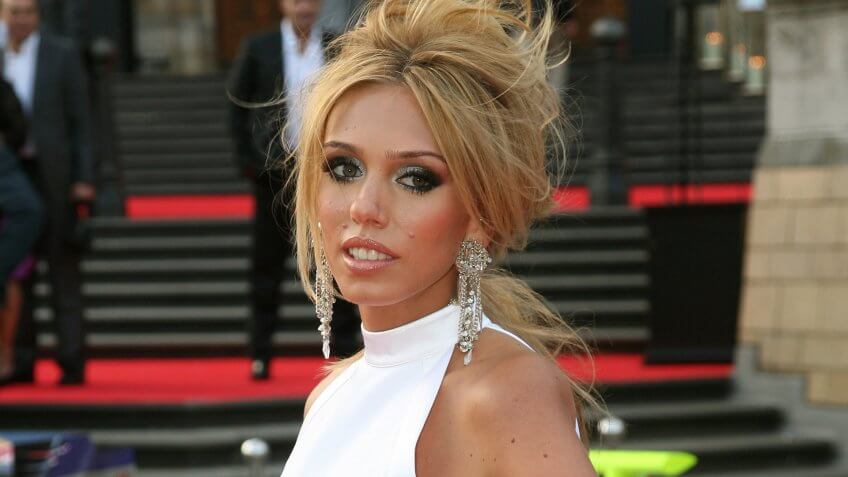 Petra Ecclestone’s father, Bernie Ecclestone, was the CEO of Formula One racing for four decades and is credited with turning it into a bona fide sport. Along with her sister, Tamara, and their mother, Slavica, Petra will inherit her father’s fortune, which Forbes reports is $3.5 billion as of February 2018.

The socialite is a mother of three, and while she hasn’t worked for her money, she does use it for good. She founded the Petra Ecclestone Foundation, which works to raise awareness of autism and meningitis and provide support to affected children and their families. 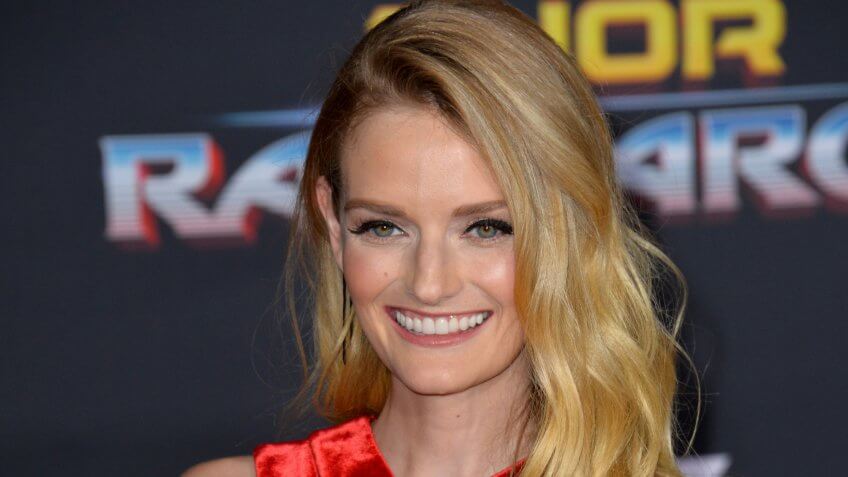 An heir of publishing tycoon William Randolph Hearst, Lydia Hearst-Shaw was born with inheritance money. It’s unknown how much of her fortune is tied to old family money, but Hearst-Shaw has found success in her own right as a model and an actress.

The daughter of Patty Hearst, she has modeled for the likes of M.A.C. and Escada, and she has several films in the works for 2018, including “The Haunting of Sharon Tate.” 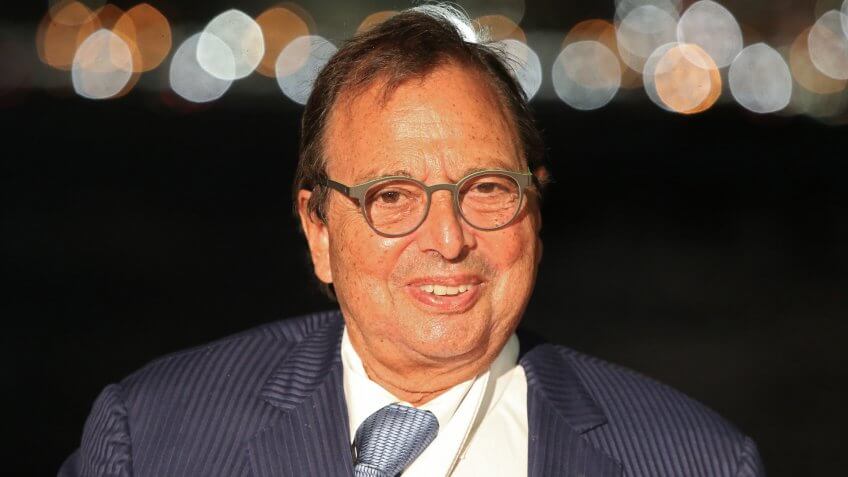 A tailor by trade, immigrant Joseph Durst founded the real estate firm The Durst Organization in 1915. His grandson Douglas now is the third generation to lead the company, which controls a $5.2 billion portfolio of properties, according to Forbes. Douglas joined the family business in 1968 and serves as its chairman. 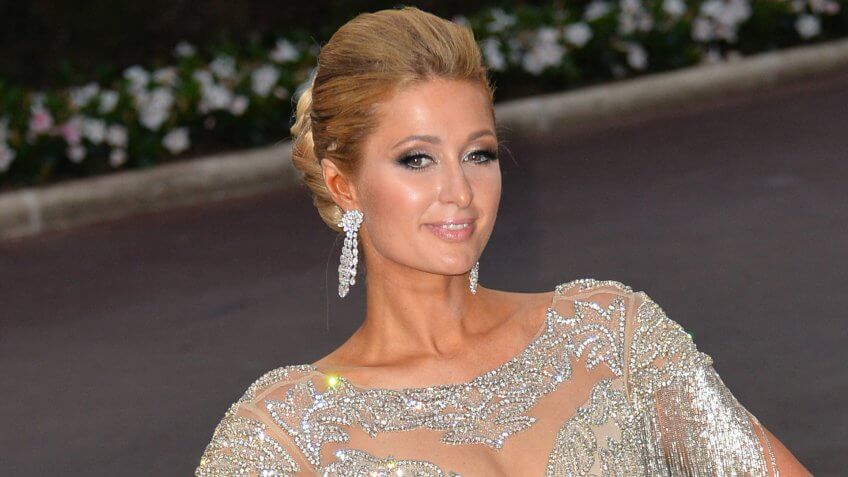 She’s one of the most famous heirs in the world, but most of Paris Hilton’s inheritance from her hotel magnate grandfather is going to charity. In 2007, William Barron Hilton announced plans to donate 97 percent of his $2.3 billion fortune to the Conrad N. Hilton Foundation, leaving the remaining 3 percent to his family, People reported.

Thankfully for Paris, she doesn’t need a handout, considering she capitalized on her reality TV stardom and became a wildly successful DJ who sits atop a massive retail empire. Sales from her 50 retail stores, 19 product lines and 23 different fragrances exceed $2.5 billion, according to the Daily Mail. 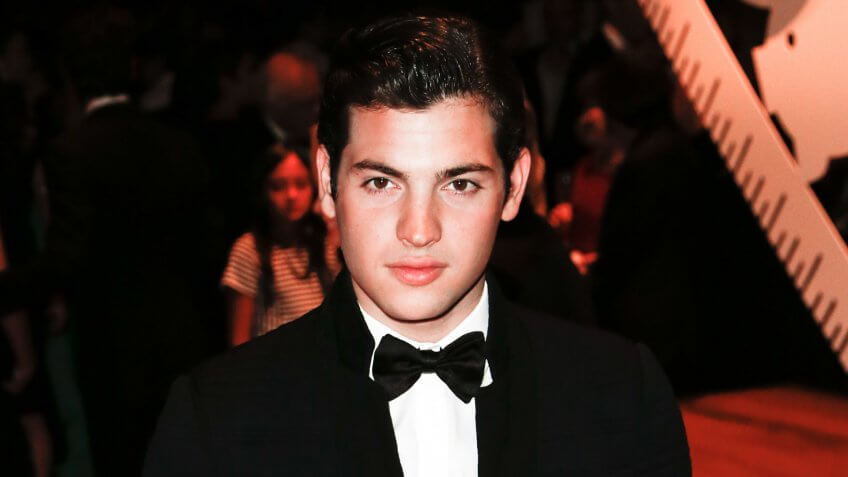 Born to billionaire Peter Brant and supermodel Stephanie Seymour, Peter Brant II lives a life of privilege. Along with brother, Harry, and sister, Lily, the sibling trio are heirs to their father’s fortune, earned in the paper industry. Peter Brant Sr. is chairman and CEO of White Birch Paper, a succession from another business co-founded by his father in the 1940s.

The younger Peter Brant and his brother, Harry, collaborated with cosmetics company M.A.C. for a unisex makeup collection in 2016, but Peter primarily is known as a socialite. 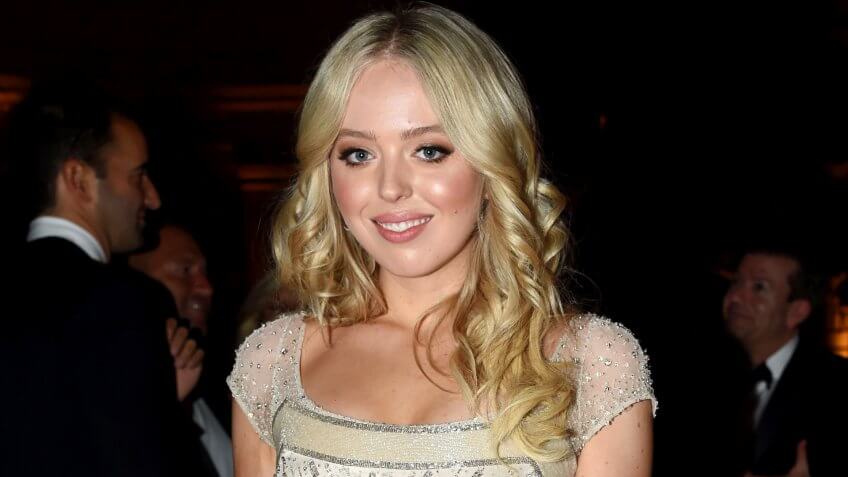 Before taking over the Oval Office, Tiffany Trump’s father was a businessman whose net worth was estimated at $3.1 billion. The amount of inheritance money she’ll receive is unknown, but according to unreleased audio and a transcript from a December 2005 episode of “The Howard Stern Show” featuring Donald Trump, obtained by Newsweek, she was included in his estate planning process.

The president was asked in the 2005 interview whether two of his older children, Ivanka and Donald Jr., wanted to bump Tiffany from his will so that they could have a bigger cut of the inheritance pie. Tiffany graduated from the University of Pennsylvania in May 2016 and is a student at Georgetown Law School. 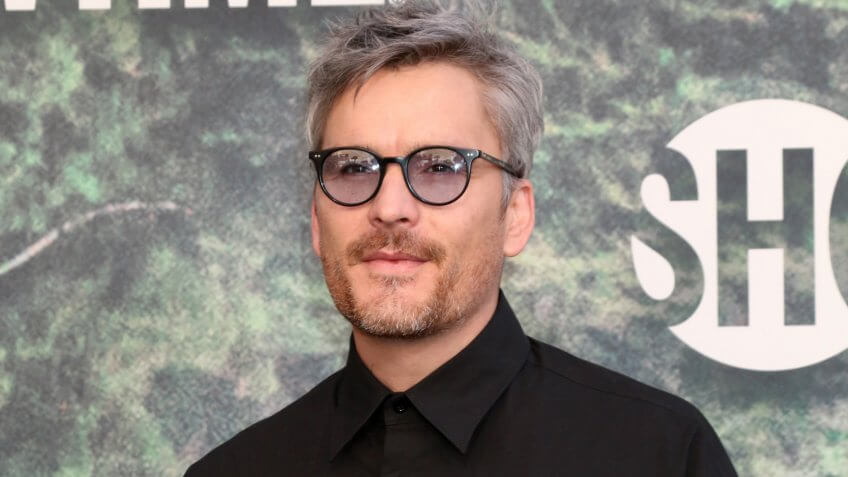 Balthazar Getty’s great-grandfather was oil baron John Paul Getty, and his father was John Paul Getty III, whose kidnapping story was told in the 2017 film “All the Money in the World.” Not one to live off his inheritance, Balthazar is a successful actor best known for his starring role on the television series “Brothers & Sisters.” He also has found success as a DJ. 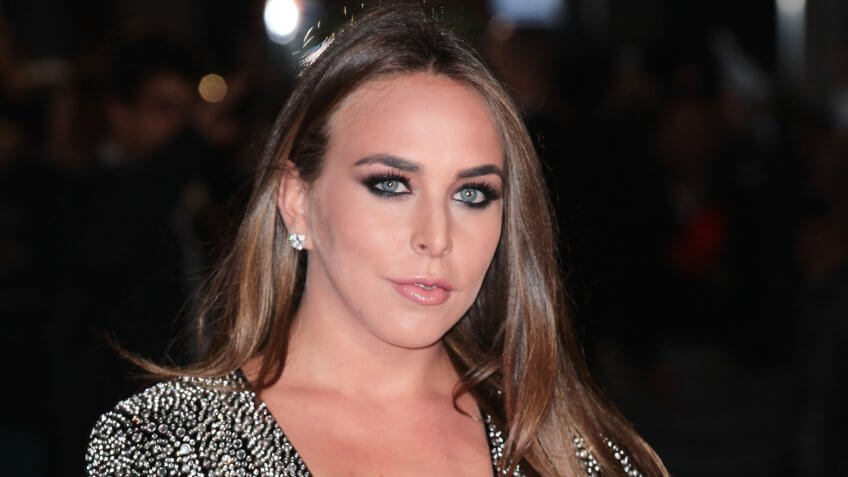 Chloe Green’s parents, Philip and Cristina Green, have a net worth of $4.9 billion as of February 2018, according to Forbes. Their fortune is derived from their London-based company Taveta Investments, which owns several major retailers, including Topshop and Topman.

Heirs to their parents’ fortune, Chloe and her brother Brandon enjoy a lavish lifestyle. She appeared on the British reality series “Made in Chelsea” for one season but primarily is known as a socialite. 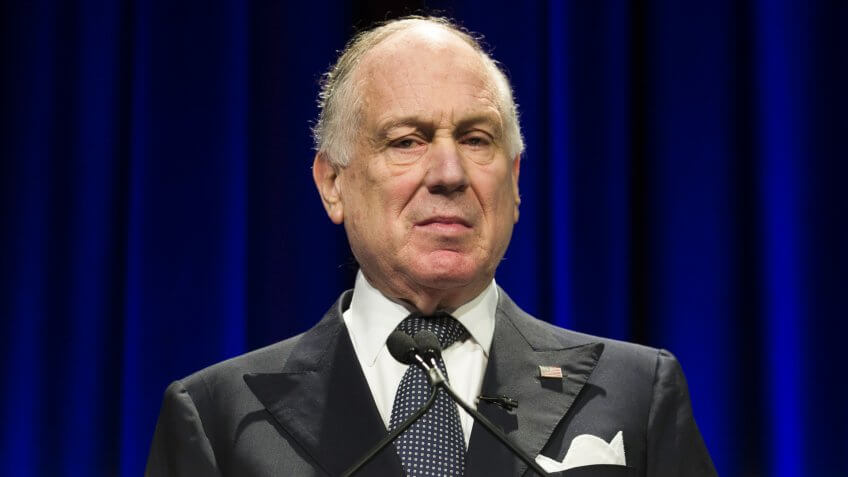 The youngest son of Estée Lauder, Ronald Lauder owes his wealth to his makeup mogul mother. Unlike many other heirs, the avid art collector has played a very hands-on role in the family business.

He’s been chairman of Clinique Laboratories — an Estée Lauder brand — since 1994 and currently serves on the Estée Lauder Companies’ board of directors, a role he’s held for a cumulative period of nearly 40 years. 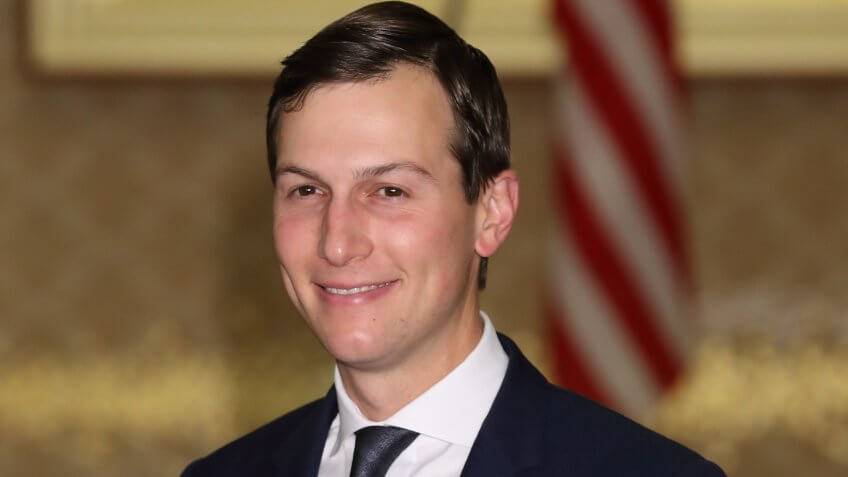 He’s been married to heiress Ivanka Trump since 2009, but Jared Kushner is an heir in his own right. Kushner Companies, founded by his father, Charles Kushner, is a property development empire that realized more than $2.5 billion in transactions in 2017, according to the company website.

Before becoming a senior adviser to President Trump, Jared was CEO of Kushner Companies. He also purchased the New York Observer in 2006, but he stepped down as publisher and sold the publication to a family trust before moving to Washington, D.C. 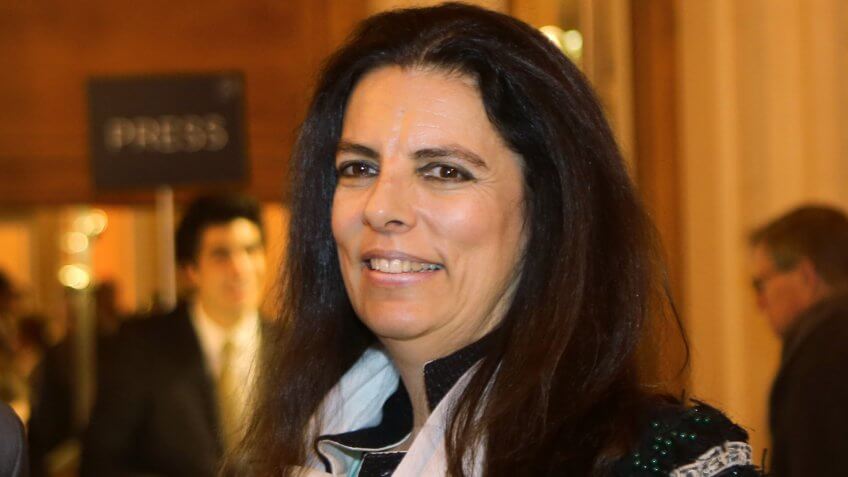 Her grandfather, Eugene Schueller, founded cosmetics giant L’Oreal in 1907, and Francoise Bettencourt-Meyers’ mother, Liliane Bettencourt, inherited his entire estate. Until her death in September 2017, the elder Bettencourt owned 33 percent of the cosmetics company, which made her the richest woman in the world, according to Forbes.

Francoise inherited her mother’s estate, which prompted Bloomberg to declare her the new richest woman in the world after Liliane passed away. The younger Bettencourt is an author with a passion for the piano, and she has been largely hands-off with the family business. 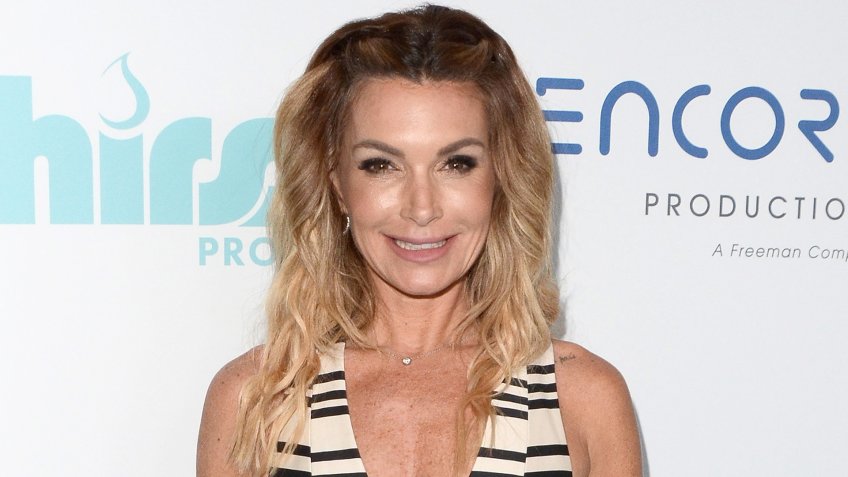 Her father, Vidal Sassoon, created a hair-care empire, and when he died in 2012, Eden Sassoon received a portion of a $7.3 million inheritance marked for family, according to the Daily Mail. At the time of his death, Vidal’s net worth was $200 million, and the publication revealed the inheritance money was doled out through several trusts, including one named for his four children.

An entrepreneur in her own right, Eden owns a hair salon and two Pilates studios in Los Angeles. She also appeared on the seventh season of “The Real Housewives of Beverly Hills.” 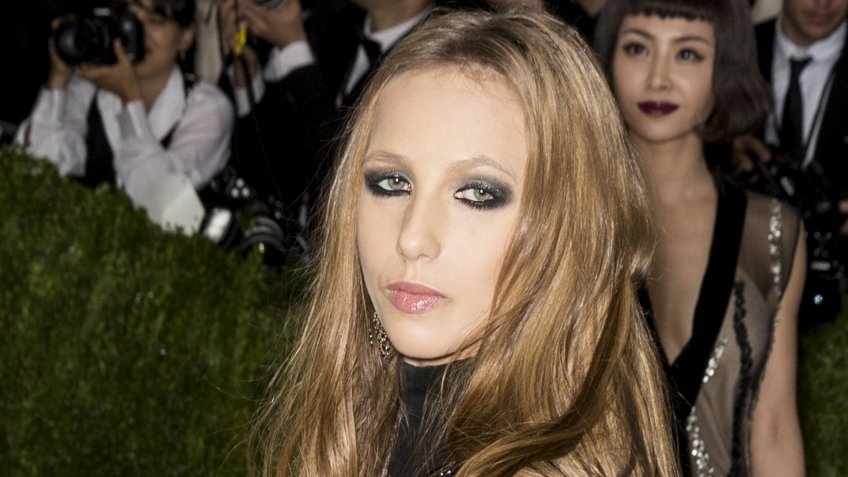 As part of his estate planning process, the late fashion designer Gianni Versace left 50 percent of his company to his niece, Allegra Versace Beck, more commonly known as Allegra Versace. Her uncle was killed in 1997, so half the company became hers when she turned 18 in 2004.

The daughter of Donatella Versace and American model Paul Beck joined the company’s board in 2011, according to Bloomberg. The Versace company website says Allegra plays an “important” role in the company, but her exact responsibilities are unclear. 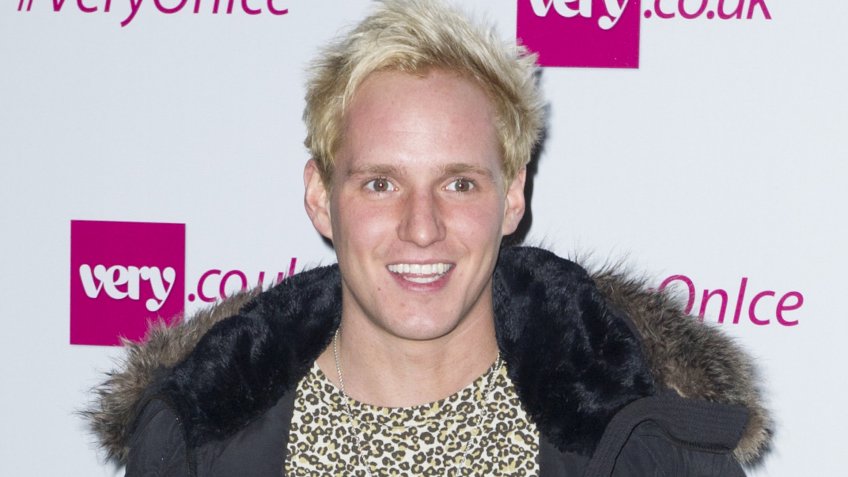 In 1892, Jamie Laing’s great-great-grandfather, Alexander Grant, invented the “Digestive” biscuit, which evolved into the hugely popular U.K. brand McVities. The company was sold to private-equity investors in 2000, but Laing is set to inherit the family fortune.

A businessman himself, Laing founded U.K.-based gourmet sweets company Candy Kittens in 2012. He also runs the YouTube channel “Jamie Laing’s Happy Hour” and has starred on the reality series “Made in Chelsea” in 2011. 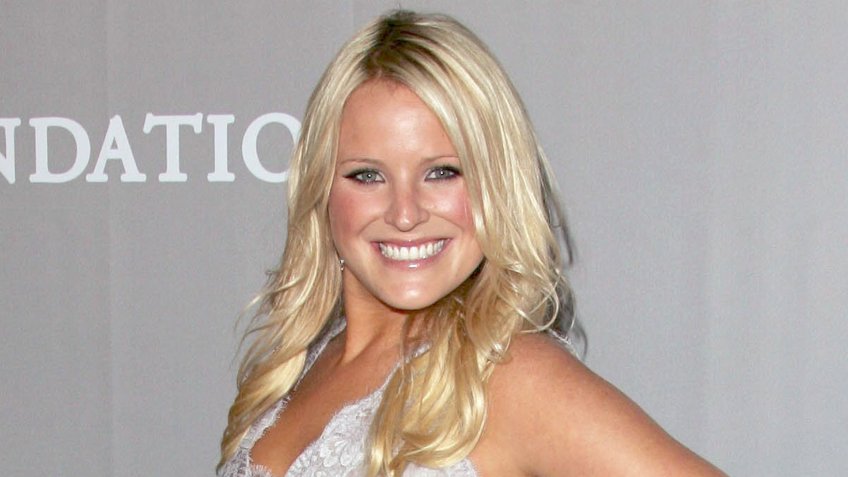 Paige Laurie’s grandfather, Bud Walton, co-founded Walmart in 1962 with his older brother, Sam. Bud died in 2005 and left Paige’s mother, Nancy Walton Laurie, a stake in the company that put her net worth at $5.5 billion as of February 2018, according to Forbes.

Paige Laurie’s net worth is unknown, but she earned $872,000 per month from stocks and dividends as of 2015, according to divorce documents obtained by TMZ. She isn’t known to have a job, but she returned her University of Southern California diploma in 2005 after she was accused of paying another student $20,000 to do her homework, the Los Angeles Times reported.

Unless noted, all net worths were sourced from CelebrityNetWorth.com. 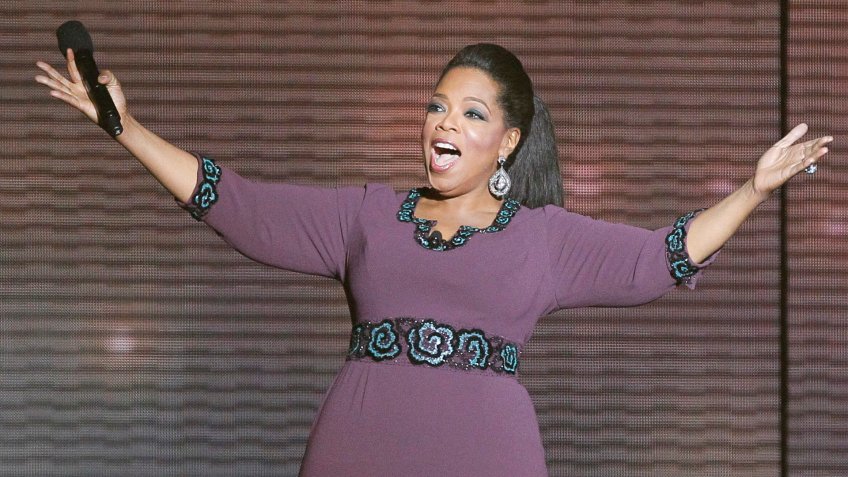 Oprah and 24 Billionaires Who Really Are ‘Self-Made’