10 US Small Businesses That Are More Than 100 Years Old 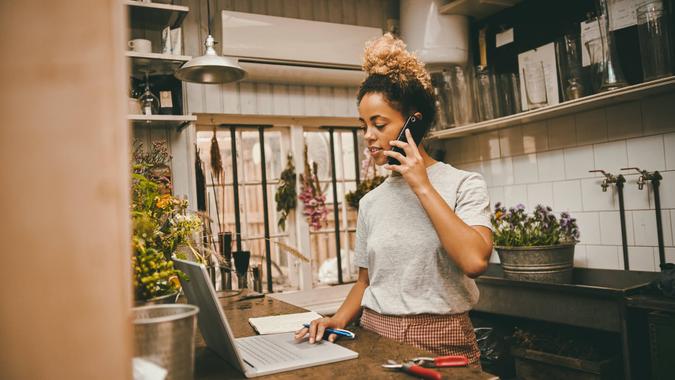 Building a business is hard. Building a business that can stand the test of time, on the other hand, is a rare accomplishment that most entrepreneurs will never experience. Although survival rates vary by industry, about 20% of new businesses fail within a year and about 30% meet their demise by the end of the second year. After five years, half of all new businesses fall victim to the realities of capitalism, and after 10 years, just 30% are left.

See: Costco and 17 Other Companies That Raised Their Minimum Wage to $15 (or More)
Find: 30 Odd Jobs That Pay Insanely Well

Some businesses, however, have the foresight, the management, the customer base and the luck to last over the years, decades, generations and even the centuries.

Here’s a look at 10 small businesses from all over the country and from all different industries with legacies that date back more than a century. They all have a different product, service and story, but they all have one thing in common, too — longevity.

You can’t talk about American businesses that stood the test of time without starting with Shirley Plantation in Virginia. Established in 1613 — 163 years before the founding of the United States — it is the oldest family-owned business in North America. It’s also a treasure trove of historical records, artifacts and ambiance. Its “Great House” — now in its 12th generation of family stewardship — remains largely untouched in its original state.

The place is a testament to the brutal realities of Colonial life. One of the earliest records of an African captive enslaved in America comes from Shirley in the 1622 Census. The first record of Europeans being put to work as indentured servants at Shirley comes from 1625.

The first truly American cologne was Number Six Eau de Parfum, which was created in 1772 in what would become the United States — and it was famous for being the preferred scent of future President George Washington. It was made by the Caswell-Massey company of Rhode Island, the oldest fragrance and cosmetics firm in America and one of the oldest small businesses across all categories nationwide.

Founded in 1752, it’s been nearly 270 years since Caswell-Massey first began making Colonial Americans look and smell their best — and you can still buy Number Six today.

The Seaside Inn in Kennebunkport, Maine, is probably the oldest continuously operating hotel in America — certainly in New England. Perched on the Kennebunk River on Kennebunk Beach, it’s in its ninth generation of family ownership. A legend of not only Maine but all of greater New England, its current family lineage took ownership in 1756, but Seaside has been a working inn since at least 1600. It is believed not only to be the oldest inn in America but also the No. 5 oldest family-run business in America and the No. 46 oldest family-run business in the world.

Entrepreneur Jacob Louis opened the first factory in Louisville, Kentucky, in 1815, but that’s a different Louis — Louisville was founded in the 1700s and was named for a French king. Louis’ factory was the production facility for what would become Louisville Pottery and eventually Louisville Stoneware. It remains one of the oldest and most revered stoneware companies in America, with its pieces renowned for both their quality and their reflection of local Kentucky heritage. After celebrating its bicentennial in 2015, it remains one of the 100 oldest companies in America.

The legal partnership that started Rose Law Firm was signed on Nov. 1, 1820 — before Arkansas even became a state. It is the oldest law firm west of the Mississippi River and the written agreement still hangs on the wall in the firm’s boardroom today. Although the name has changed several times over the years, the “Rose” portion has always been there. One of the most prestigious law firms in America, six of its former members have served on the Arkansas Supreme Court, including three as chief justice.

Read More: Coronavirus Has Made These 100+ Brands More Valuable Than Ever
See: 14 Famous Companies That Aren’t Profitable

Today, well-heeled Chicagoans stop by C.D. Peacock for fine timepieces, engagement rings and high-end gifts, just like they did in 1837 when the Windy City’s oldest business was founded. Elijah Peacock was already a third-generation jeweler when he moved from England to Chicago in 1837 to ply his trade as a jeweler and watch repair specialist. Mary Todd Lincoln visited Peacock once, as did Cyrus McCormick (who invented the reaper), George M. Pullman (who invented the railroad sleeping car) and Mick Jagger.

State by State: The Most-Loved Company in Every State

Family-owned since 1845, Minhas is the oldest brewery in the Midwest and the second-oldest in America. Located in the historic cheese town of Monroe, Wisconsin, Minhas survived two major fires, encounters with the mob and even Prohibition. It’s undergone several name changes — in 1845, after all, all beer was craft beer — but its brewery tours and tastings still attract visitors from all over the Midwest and beyond.

Money’s Worth: 50 Brands With Lifetime Warranties

Entrepreneur Albert Lord “A.L.” Avery founded Pensacola Hardware in 1851. It’s probably the oldest continuously operating business in Florida and is definitely one of the 50 oldest in the entire country. Today, it competes with the big-box chains by splitting its business into two departments with two different websites. One deals in hardware, paint and commercial and residential contractor supplies. The other is for upscale houseware and giftware. In 1921, the business changed ownership from the Avery family to the Martin family, whose descendants are still in charge today.

There is a direct pipeline from the Palace in Prescott, Arizona, to the Old West. The oldest and most famous frontier bar in the state, the Palace was located in Arizona’s infamous Whiskey Row, but it was always a place of prominence, importance and politics.

Famed lawman Virgil Earp lived in Prescott and patronized the Palace with his even more famous brother Wyatt and their legendary associate Doc Holliday. The Earp brothers visited the Palace before making their way to Tombstone. They were later joined in Tombstone by Holliday after the famous gunslinger won $10,000 during a legendary poker run on Whiskey Row, perhaps at the Palace itself. You can cozy up to the same bar today — the Palace doesn’t look much different now than Holliday and the Earps would have known it in the Wild West.

The butcher’s department is still the beating heart of the South Dakota institution that is Look’s Marketplace. Its sleek, modern appearance would be unrecognizable to Carl Look, an immigrant — and youngest of 13 children — who in 1883 opened what is now the oldest business in the state. He had just completed a three-year butcher’s apprenticeship in his native Germany when he went into business for himself. Although it has changed families several times, Look’s remains a family-owned business.