A startup is a unique type of company, designed to disrupt, grow and ultimately achieve industry dominance via their unique ability to solve a specific problem. Startups generally receive funding in several rounds from angel investors, venture capitalists and, in many cases, an initial public offering or IPO.

In contrast with traditional lending institutions, which expect to be paid back with interest, startup investors typically take a percentage ownership in the company in exchange for their capital. Take a look at these top picks, and you just might spot a startup from your home state.

Here’s an introduction to some of the most exciting new ventures that have blossomed from budding startup ideas. You’ll find something for everyone with representatives from the technology, healthcare and retail sectors.

Zipline — which was also a startup to watch in 2017 — is known for helping save lives. Developing world countries suffer from a lack of medical supplies, and Zipline can help. Zipline created the only drone delivery system large enough to help underserved populations where they live, according to the company website.

Zipline was founded in 2011 and has received $41 million funding in nine rounds, according to Crunchbase. The lead investor of Zipline startup funding was provided by Visionnaire Ventures. Other investors include Subtraction Capital, Andreessen Horowitz, Sequoia Capital, Grishin Robotics and more.

Kiip was founded in 2010 as a startup business and has received $15.4 million in funding. Major investors include Relay Ventures, Interpublic Group, Hummer Winblad, American Express Ventures, Digital Garage and more.

Launched in 2014, this security threat detection and prevention firm is one of the best new startups. Its first round of funding was dominated by Edison Partners.

Related: 2.5 Million More Affected By Equifax Hack — Here’s What You Should Do

BetterCloud offers everything a business needs to manage its SaaS applications as a one-stop-portal to facilitate the management of a firm’s applications, users, groups, files, privileges and more. BetterCloud strives to transform information technology management and security and believes that doing business becomes more efficient by organizing these important applications.

Established in 2011, this high-tech startup company has amassed over $46 million in five funding rounds. BetterCloud’s lead investor is Accel Partners, and other investors include Millennium Technology Value Partners, Greycroft Partners, e.ventures and more.

Anyone who’s bought a home and taken out a mortgage understands that it’s not a seamless process. Blend intends to change the broken mortgage lending process with a quick, easy and secure digital mortgage experience. Buyers and lenders enjoy an online application and portal to monitor the mortgage process.

Founded in 2012, this startup business is hitting the big time with $160 million in funding. The lead investors for Blend, Greylock Partners and Founders Fund, are familiar names among the startups to watch. The 17 additional investors include Lightspeed Venture, Jake Seid, Nyca Partners, Conversion Capital and more.

Another fintech start up, Unison joins Blend in the complex homebuying sphere. Unison offers solid-income homebuyers lacking a complete down payment the ability to purchase a home. Unison typically contributes half of the buyer’s down payment and then shares in the equity appreciation when the home is sold.

Additionally, Unison will give existing homeowners who want to access the equity in their home approximately 20 percent of their home’s value. In return, Unison expects to share in a fraction of the home’s appreciation when the homeowner sells it.

Founded in 2004, this startup has received $53.9 million in capital. Previously named Rex&Co and FirstREX, the company was founded by Thomas Sponholtz. Two of the investors include Exigent Ventures and Ron Suber.

Ellevest functions as a fintech start up and is part of the growing robo-advisory industry. The digital financial advice platform is designed to help women become confident and successful investors via an approach that takes women’s lifetime salary curve into account.

As a nascent startup that was founded in 2014, Ellevest has grown by completing two funding rounds, which have brought its total funding up to $44.6 million. Lead investors include Rethink Impact and Morningstar. Other investors include Sonja Perkins, Nellie Levchin, Venus Williams, Salesforce Ventures and more.

Find Out: 10 Tips for Women to Start Investing

Leesa Sleep solves the stressful, expensive and confusing problem of buying a mattress with its online, U.S. manufactured mattress store that offers foam and coil mattresses of superior quality for a reasonable price. The mattresses are also sold at West Elm stores in over 85 cities.

On the website, Leesa claims to have the most verified five-star reviews. As a certified B Corp, this is a company that also gives back to society.

Founded in 2014, Leesa recently raised $23 million bringing total funding for the startup to $32 million. Investors include One Better Ventures and TitleCard Capital.

The health insurance industry is in flux, and Bright Health is here to help. The company offers individual and Medicare Advantage Health insurance plans.

Founded in late 2015, this startup to watch in 2018 has garnered $240 million in capital. Greenspring, New Enterprise Associates and Bessemer Ventures are among the lead investors. Other investors include well-known e.ventures, Greycroft Partners, Flare Capital, Cross Creed and Redpoint.

Check Out: Hidden Traps That Cause Startups to Fail — and How to Avoid Them

When thinking about startups, trucking company services don’t typically come to mind, but this vintage industry needed an update. Flexport is a digital freight forwarder designed for the 21st century. The company software provides full-service air and ocean freight forwarding services which yield visibility and control over a shipment’s supply chain.

Founded in 2013, the company boasts a whopping $204 million in funding. The most recent round in September 2017 raised $110 million. The two lead investors include Founders Fund and DST Global. Other investors include Yuri Milner, Fabrice Grinda, Susa Ventures, Cherubic Ventures and Bloomberg Beta.

Planning for the Future

Just because you lack venture capital doesn’t mean you can’t invest in a startup. Companies like NewChip allow small investors to put their funds to work in fledgling companies looking for capital, which might be an option for you. But, whether you invest in a startup or not, keep your eye on the startups to watch in 2018 to see who might become the next unicorn. 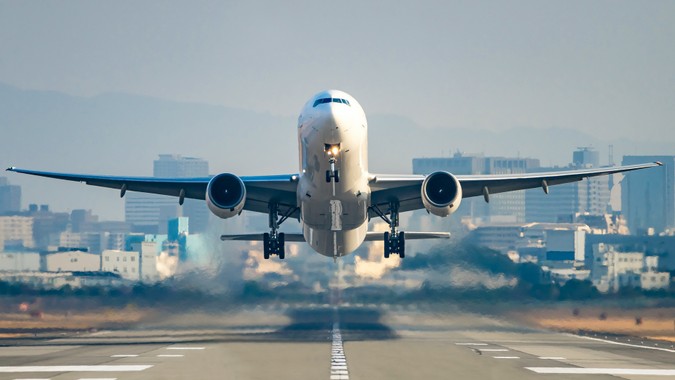 The Worst Things to Happen to the Travel Industry in 2017